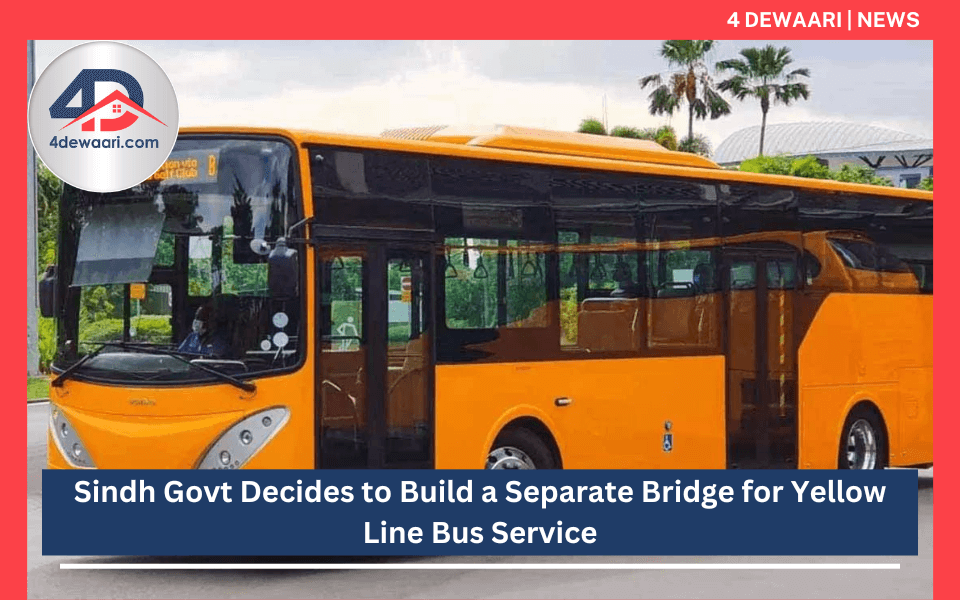 Karachi: On December 2, news sources informed that the Sindh government has planned to construct a separate bridge for the city's Yellow Line Bus Service. The bridge, which would connect the Korangi industrial district with the city's southern region, will be constructed along the Jam Sadiq Bridge. In a meeting held here on Thursday, Sindh CM Syed Murad Ali Shah approved the proposal.

The government will shortly release the notice inviting tender (NIT) for the construction of a new bridge of the BRT Yellow Line along the Jam Sadiq Bridge, the transport and communication minister informed the gathering. According to Zubair Chana, managing director of the Sindh Mass Transit Authority, the new bridge will be one kilometer long and will be situated apart from

The entire project will be finished in around 24 months. To make life easier for the locals, CM Murad requested that the building period be shortened to just 18 months. Additionally, he requested that the traffic police officers decide on a new traffic strategy and not let excessive traffic on the old bridge. It is significant to note that the old bridge that connected the Korangi Industrial district with the rest of the city's south section is being replaced with the new Jam Sadiq Bridge. The bridge is situated in a crucial area where high traffic is present for the transportation of commodities.

In an earlier announcement, Karachi Administrator Murtaza Wahab indicated that the Jam Sadiq Flyover will be repaired as part of the Yellow Line BRT project and that a new flyover would be built to ensure a smooth flow of traffic. All of the project's stakeholders had attended a meeting hosted by the City Administrator. The participants in the conference had determined that the Jam Sadiq Flyover needs to be repaired because it is in poor shape.