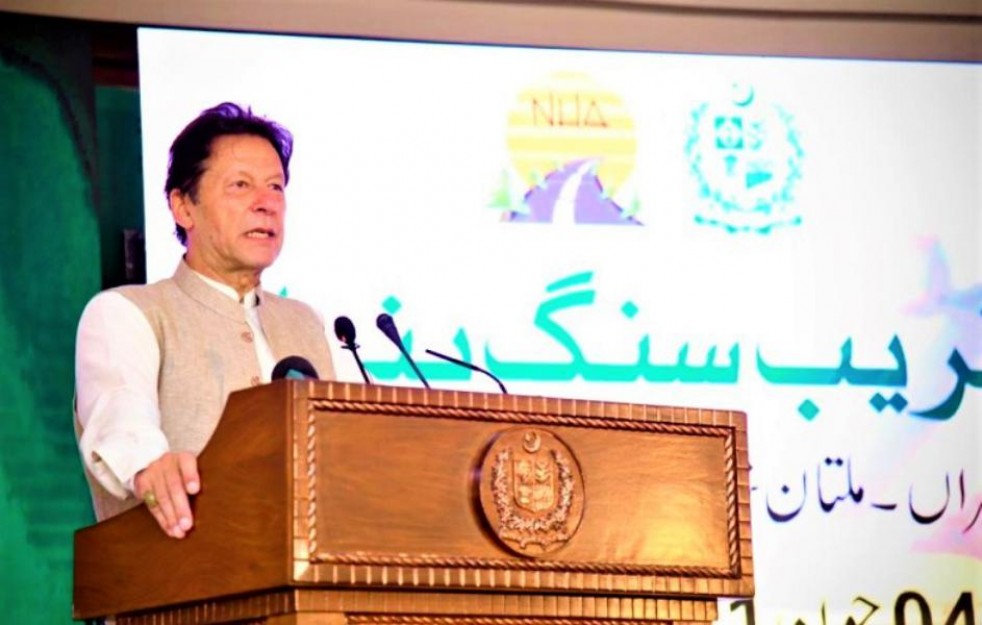 Islamabad: Prime Minister Imran Khan inaugurated the groundwork for 62-kilometres long Lodhran-Multan Highway improvement project that was much anticipated and considered to be a mega project, news source reported. The project would be completed within a short span of two years with a budget of PKR 6.68 billion and premier on this occasion reiterated its resolve to make it an exemplary project that would be instrumental in easing the lives of millions who benefit from this road.

The Prime Minister also expressed that his government is taking keen interest in the development of South Punjab and vowed to deliver on this pre-election promises. Counting the benefits of the project he asserted that it will improve connections, pave way to long-term growth, and would help in generating employability in the region. He vehemently expressed that such activities would not only help people find jobs but also would help bring this relatively remote area par to other provinces and areas of Pakistan.

Moreover, this Multan-Lodhran Highway is part of the National Highway (N)-5 highway that connects Karachi to Lahore and culminates at Peshawar. This one of the vital links in the China-Pakistan Economic Corridor (CPEC) road network in connecting the whole country through a chain of roads. Being in the central, it serves as a vital connection route with Balochistan and the government’s particular keenness is mostly due to the remoteness of these areas as it is determined to work on the development of those areas which have been less paid attention to in previous governments.

In his speech, PM also mentioned the rapid development in the areas that directly benefit the public and especially the Naya Pakistan Housing Project scheme, which, he said to be the cornerstone of the welfare state of Madina. The ideology of the welfare state lies in facilitating the poorest of the poor through initiatives and projects like this that would help in establishing contact with the cities.

PM said the farmers and small businessmen will have the opportunity to access bigger markets in the cities and the transport of goods through this highway would help them grow their business.

Furthermore, this route will also help the real estate sector grow as the development would attract more investors to invest in these areas. So there are multiple benefits of establishes a chain of roads that connects the entire country. Talking of the government’s priorities the PM said that our aim is to facilitate the industries and businessmen to invest in different sectors that would help in creating jobs for the people and would ultimately boost the economy. He expressed hope that Pakistan will see rapid development in every sector in the times to come.