An Overview of Top Cement Companies In Pakistan 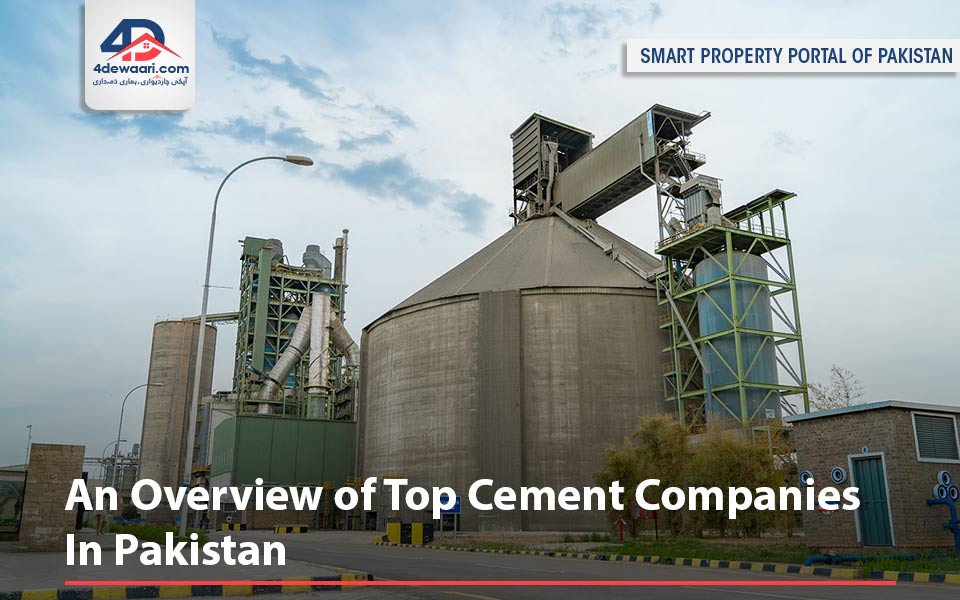 Regarding Pakistan's construction industry, few sectors rival the size and importance of cement manufacturing and distribution. The industry produces thousands of tons of cement annually, some of which it uses internally while the rest it distributes to its customers around the country. Since building materials are essential in Pakistan, cement manufacturers are among the most important industries in the nation – but how do you choose one? We've compiled this list of Pakistan's top cement companies so you can compare prices and services before deciding on a supplier.

Due to its complex supply chain operations, cement plays an important role in construction development and has a significant economic impact. Cement production in Pakistan accounts for 5.3% of the nation's GDP. Between 2003 and 2022, Pakistan produced cement on average at 2602.09 Mg, with record highs of 5121 Mg in Late 2020 and 864 Mg in May 2003. Many cement businesses have built up a presence in Pakistan and have been active in the market for many years.

How the Construction Industry is Changing Quickly

One of the first cement-producing businesses in Pakistan was established in 1921 by Askari Cement Limited. Associated Cement was its original name at the establishment. It consists of two factories, one in Wah and the second in Nizampur. Additionally, it supplies cement to nations including Afghanistan, India, Sudan, and South Africa. The business is also the first to receive ISO certificates. It belongs to APCMA, which aids Pakistan's commercial expansion. Every day, the firm cranks out 3600 tons of cement. It has established itself as a well-known brand not just in Pakistan but worldwide due to its ability to maintain both quantity and quality.

Lucky Cement Limited, the main business of the Yunus Brothers Group, was established in 1993. It is listed on the PSX and is one of the nation's largest makers and exporters of premium cement. Over time, the company has grown enormously. It has manufacturing plants at key locations in Khyber Pakhtunkhwa, Penzu, and Karachi. Moreover, it is Pakistan's largest cement plant location. Lucky Cement is the first firm in Pakistan to sell substantial amounts of dry cement. It is the only one to make cement with a shipping and warehousing facility at the port of Karachi. Additionally, the corporation generates 180 MW of its power and contributes any surplus to Pakistan's national grid. Also, Lucky Cement has bulkers and trucks, which gives it an advantage in timely deliveries to clients nationwide.

The business, which was founded in 1986, is Pakistan's third-largest cement maker. Cement manufacturing and marketing are the company's main areas of attention. Two new factories for grey cement and one for white cement are owned and run by Maple Leaf Cement. In the Dadukhel District are its production lines. Both domestic and foreign markets receive its products.

This company was built in 1986 and has since established itself as one of Pakistan's top cement producers. Pakistan's Lahore is home to its corporate headquarters. According to its manufacturing capacity, the business produces 6.72 million tons of cement annually. There are four cement facilities owned by the D.G. Khan Cement Company, two of which are in D.G. Khan, one in the Khairpur District, and one in the Lasbela District. These facilities all use the most recent Powder Production Technologies. The business operates its countrywide supply chain through local sales offices. The business is additionally listed on the Stock Exchange of Pakistan.

It started in 1986, and ever since, it has expanded and helped Pakistan's cement industry. The business is committed to a never-ending battle for the best possible use of its resources through sound corporate governance to satisfy all customers. According to the corporation, its cement satisfies national and international quality criteria. Like several other cement companies in the country, this firm has shares traded on the Pakistan Stock Exchange.

Another well-known brand in Pakistan's cement business is Fauji cement. It was founded in Rawalpindi in 1992. The foundation is a Pakistan Army initiative started in 1954 to ensure the welfare of army retirees. The Fauji Foundation enterprise has advanced significantly and is now one of Pakistan's leading cement makers. Their product is also considered as no. 1 cement in Pakistan.

This organization was founded as a public company in 1980. In 1982, the business put its facility into service. The facility uses dry process technology, and its maximum output was 1000 tonnes daily. The materials for the plant used to be provided by a Japanese business. The Pakistani government sold its stakes in the business through privatization in 2004.

Another reputable cement manufacturer in Pakistan is Dewan Cement, founded in 1980. Since then, it has experienced exponential growth and has succeeded in becoming known as one of the top cement producers. In 1987, the business introduced Sulphate Resisting Pakland. This new product quickly gained popularity because of the cutting-edge gear and advanced technology used in its manufacture. Clinker production capacity was increased as a result to 750,000 TPA. The business also debuted Pakland Furnace Cement.

The National Cement Organization of Pakistan founded Kohat Cement Company in 1984 as a Romanian concrete factory (SCCP). Later, in 1992, the Pakistani government privatized it. Aizaz Sheikh, the company's new CEO, started a sizable initiative in 1995 funded by interest earnings from commercial loans and a public sale. The plant's output was increased to 1800 TPD with the aid of a German business.

The cement industry in Pakistan is an important contributor to the country's economy, providing employment to millions of people and helping to build the country's infrastructure. These top cement companies in Pakistan are vital in producing high-quality cement used in construction projects all over the country. Therefore, consider these organizations if you're seeking new construction or major repairs in your neighborhood. They can offer you the highest caliber cement for a fair price.