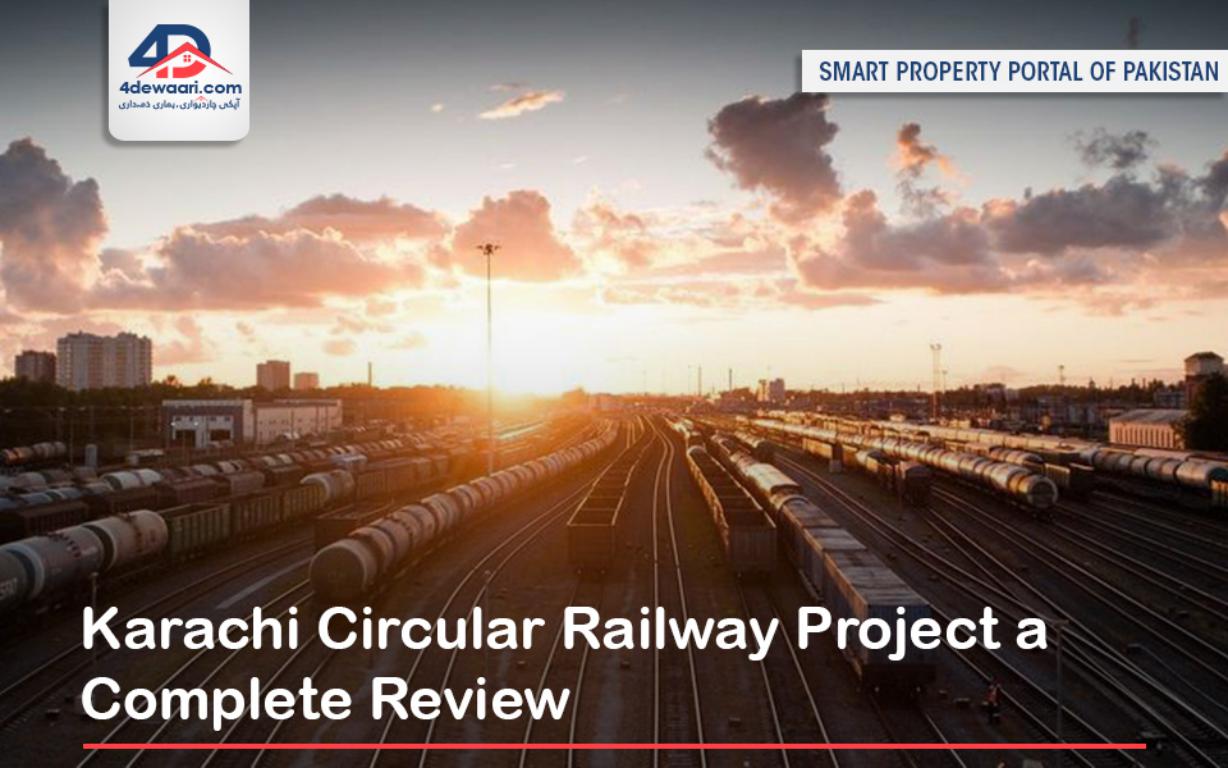 Karachi is the twelfth largest city in the world. But sadly it faces more problems than the underdeveloped cities. A living example of this is the Karachi Circular Railway Project. Initially, it was the active regional public transit system and remained working from 1964 to 1994. However, it abruptly gets stopped in the midway of 1999. Many attempts at its revival were made but all go in vain due to the chaos in the political system. Little importance was given to it until the supreme court of Pakistan announces its revival and instructs the authorities to reinvigorate the shutdown project.

Field Marshal President Ayub khan government rebuild the country economically. It was during his tenure that the project Karachi Circular Railway gets started in 1964 by allying with the railway department. In the first shot, the KCR line touches the drig road station and carried almost 6 million people that year. Moreover, after that, it extended eastward and westward mainly toward the landhi junction station and Karachi port trust halt station. During its hype days, KCR operates 104 trains daily without any problem. But in 1990, the problem started emerging and soon in 1999, the railway department stopped supporting this project.

The main reason for Karachi circular railway failure was the zero revenue generated by the railway department. Pakistan railway was in continuous loss because the boarding people on the train were very less. The facility was utilized by very few people. Hence, the profit generation suffered. Another reason that was reported at the time was the involvement of private mafias. The report told that they all ganged up with some corrupt officers of the railway to ensure the masses of people for their private business. However, the result halted the ongoing project of the Karachi Circular Railway and affected its stability and efficiency.

The project is stopped for the last twenty years. Now, this has been revived on the commands and instructions of the Supreme Court of Pakistan in 2021. However the revivals gets completed in many phases starting from March 2003. Ghos Bakhsh Khan was the first person who talked about revival of KCR. Many other coming railway ministers reinforced this idea. Moreover, many proposals, plans and funding for this cause were announced by politicians, both working at provincial and national government levels. However, no practical operations were carried out. This project completion time limit was of three years as it is also included in the CPEC project now.

A key development in the Karachi Circular Railway Project is to decide its new routes so that it can be constructed and to revise its timing altogether. Routes are pre-decided in the revival project. It would include a 60km long line to the orange station. Moreover, altogether a long route of 43km named double-track line is also under construction. The main purpose of these extended routes is to provide a good transportation system along with minimum traffic problems. However, the extended aim is also to revive the short former KCR project into a mass transit route. In addition to this, the first track completion tenure was two months and the schedule for trains departure is 7 am to 10 am in the first half of the day while later one follows the timing of 1 pm to 4 pm.

Infrastructure development is a pivotal point as the previous project of KCR failed because it has to stop almost 22 times because of its transporting routes which are always high in traffic. The new infrastructure includes the construction of 23 stations in total. With the addition of almost 19 underpasses and three overhead bridges. The main element is the level crossing, so the authorities include almost 22 level crossings removal in the infrastructure project that will facilitate the train as it will pass through some major commercial areas of the populated city. However, these crossings will be replaced with underpasses or overpasses and the train will reach in a proposed time as per decided in the schedule.

The main halt in the revival of the project was financing. However, this problem is overcome by the proposal that the project should be a cooperation with the Public Private Cooperation Authority (PPPA). According to the proposal, the private cooperation will finance the Karachi circular railway project by investing in infrastructure development and mechanical, civil and electric work. However, the responsibility of a government is to provide capital maybe through funding for the better financial stability of the new dream. According to the transaction structure meeting, the initial finance was estimated Rs. 533bn. However, it got rejected and the new proposal of 201bn rupees, ultimately win the approval. Moreover, the government will pay roughly 80 to 90 billion rupees for KCR.

The recent and latest update regarding this project happens in the former government where former prime minister Imran Khan introduced and renovated one of the most remarkable Karachi circular railway project. This project is based on electric trains operation and with the slight development, now, almost 33 stations will be constructed for it. In the groundbreaking ceremony, many things were highlighted about the project. Overall, things that support this cause and how this project is helping the people of Sindh have been discussed in it.

Karachi is a big city where public transportation standard reduces to zero level which encourages the people to possess their vehicles. However, this increases the buying of petroleum and gasoline which we import from foreign countries. The circular railway project Karachi  will encourage the use of public transport. Thereby, saving  10% on gasoline and petrol.  Hence it will in return boost the GDP of the country. Moreover, it will also reduce pollution and make the air less hazardous but also discouraged the use of personal vehicles.

A project like KCR does not only reduce pollution but also develops the country by increasing foreign investment. However, we must promote them for the welfare of our country.