Pakistan's First Ever Virtual Zoo In Islamabad Get Interesting Experience 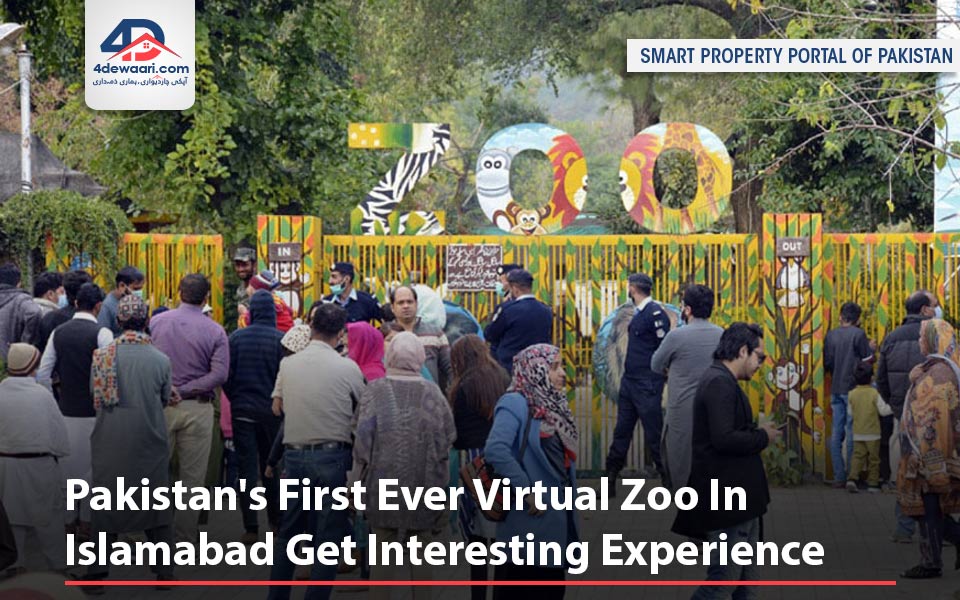 It has always been said that the best way to learn about something is by using a virtual simulation or online platform to get hands-on experience handling certain situations. One such initiative that aims to provide people with such an opportunity and, more importantly, help animal conservation efforts in Pakistan is the Islamabad Virtual Zoo (IVZ). So, let's talk about the first-ever virtual zoo in Pakistan.

A Glimpse Into The Islamabad Virtual Zoo

Islamabad Virtual Zoo is a very ambitious project that aims to recreate the animal kingdom in a virtual world using the latest technology. The project will allow visitors to explore the animal kingdom on their own time and learn more about it. The Islamabad Virtual Zoo will be the first of its kind in the country, bringing animals from all over the world and displaying them in an interactive environment. This virtual zoo aims to educate young and old about various species of animals, their characteristics, their habitats, how they live, how they reproduce, and how human beings can help protect them from extinction.

Why Open a Virtual Zoo in Pakistan?

After the Islamabad High Court directed the keepers to move all animals to international sanctuaries, Islamabad's Marghazar Zoo closed its gates to tourists in 2020.  The facility was shuttered after receiving universal criticism for its poor procedures and the appalling conditions of the animals. Nevertheless, after two years, the authorities intend to change the area to provide distinctive learning experiences in a virtual environment. In other words, Islamabad Marghazar Zoo will soon be home to Pakistan's first virtual zoo.

The zoo was closed in May 2020 due to numerous animal rights violations. Founded in 1978, Islamabad's Marghazar Zoo hosts about a million visitors each year, and it is the best zoo in Islamabad. Numerous creatures, including lions, tigers, wolves, monkeys, and Pakistan's sole Asian elephant, were housed in the exquisitely built park. Additionally, it was perfectly situated next to Japanese Children Park, one of Islamabad's well-known parks that attract many tourists every weekend. However, the terrible animal conditions at the zoo sparked international discussion. Kavan, a starving Asian elephant, was transferred to a wildlife refuge in Cambodia. The 35-year-old bull was known as the "loneliest elephant in the world" and had resided in Pakistan since 1985.

An injunction from the Islamabad High Court mandates that the Marghazar Zoo in Islamabad evacuate all its inhabitants to wildlife sanctuaries worldwide by May 2020. Consequently, two Himalayan bears named Bubloo and Suzie were also moved to a refuge in Jordan three weeks following Kavaan's evacuation. After their terrible stay at the zoo, many species were able to find new homes, but it was revealed that two tigers and an ostrich had perished in the transfer.

The National Government has chosen Islamabad as the location for Pakistan's first-ever virtual zoo. The initiative has received funding under the National Infrastructure Programme. The Marghazar Zoo's property will be used to construct the Virtual Zoo, for which the first-phase budget of Rs. One hundred million has been set aside. The development of a virtual zoo and other projects are included in the project's $500 million overall cost.  Additionally, six weeks have been selected for the beginning of building work on the virtual zoo, which will focus on education and knowledge rather than keeping live animals in captivity.According to the government, the old Marghazar Zoo's two-thirds site would be turned into an amusement park for the locals, complete with documentaries, robotic animal models, a graphic gallery, photorealistic educational shows, and high-tech films. A rescuing and rehab center will be built in addition to the virtual zoo. A virtual zoo will be constructed on two-thirds of the property, and a clinic for wildlife rehabilitation will be built on the remaining one-third. Veterinarians who work at the rescue facility will care for animals brought in from all over Pakistan.

What is Included in Virtual Zoo

According to reports, the virtual zoo in Islamabad would include virtual animal models and a graphical museum that will teach kids about various biodiversity and the importance of protecting their liberty. Visitors can also take in educational 3D shows every evening while watching documentaries and movies. The facility will become one of the top tourist destinations in Islamabad because no animals will be kept as captives there. A meeting to examine the unique facility's concept plan has been set, according to another national media. The CDA's main office will be the location of the discussion. The administration has also given a six-week time to construct this virtual zoo.

The burgeoning online zoo has the potential to become a popular destination for kids in Islamabad. This future enclave will allow the youth to learn about animals in considerable detail without upsetting the animals or their native environments. The authorities will use cutting-edge technology to construct jaw-dropping robotic models and virtual shows to portray these species in all their splendor rather than keeping animals imprisoned in cages.

Virtual zoos offer several benefits over traditional brick-and-mortar zoos. For one, they are more cost-effective to build and maintain. They also occupy less physical space, which is important in densely populated areas. It's also important to note that in virtual zoos government doesn't need to hire staff to look after the animals or pay for their food.

Virtual zoos offer a secure and instructive approach for individuals to discover wildlife. They also offer an alternative to traditional zoos, which can harm animals. Most conventional zoos keep animals in cramped spaces that often deprive them of space, food, or companionship. Furthermore, because many zoos exist primarily for entertainment purposes rather than conservation efforts, there is a very narrow focus on educating visitors about the challenges facing endangered species. Virtual zoo Islamabad will also teach people about different species and promote conservation efforts by exposing them to threatened animal species.

The Islamabad Virtual Zoo is an amazing effort still in the planning stages. When finished, it will be a cutting-edge structure that provides guests with a particular experience. The zoo will house a wide range of species from throughout the globe. Modern technologies will be used to build a believable and engaging atmosphere. While there is still much work to be done, the zoo promises to be a one-of-a-kind destination that people of all ages will enjoy. A visit to the Islamabad Virtual Zoo will give you a glimpse into the future! We'll keep you updated as new data becomes available!