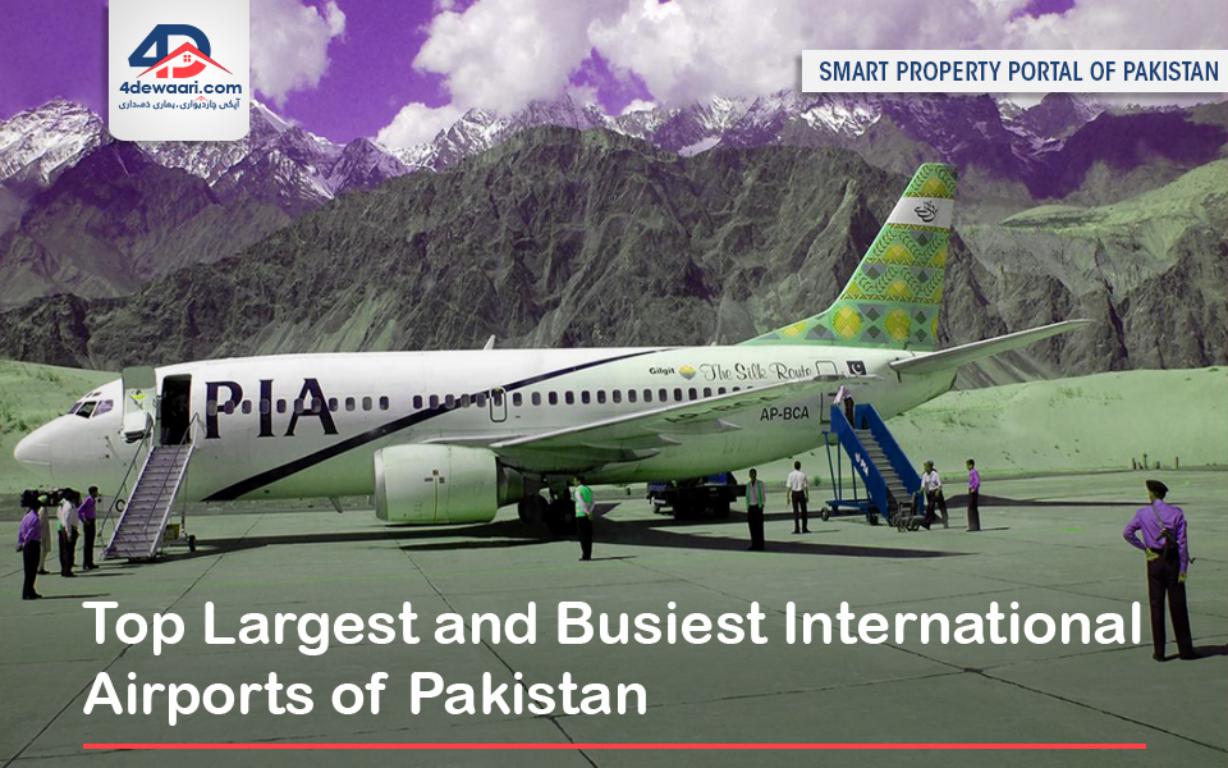 In the world of today which is a global village and driven by technology the dependency on air travel has substantially risen.  When the world is getting bigger and better with every passing year people’s contact and dependency of others is also accelerating that demands frequent air travel. There is a huge demand for more and more flight operations to cater more of the passenger to the concerned countries around the world. Whether it’s a common man or business elite, all have to travel somewhere in the world or within its own region. For Intra country destinations these are the best airlines to go for the Best Places in Northern Pakistan to Visit. The quickest way to travel is from the aircraft, the travel distance shortens in hours that otherwise take days or weeks. Some of the Famous Airports of Pakistan carry millions of intra and inter-country passengers every year.

All these operations in Pakistan are done under the supervision of Civil Aviation Authority (CAA) which regulates the national as well as the international flights. All the passengers are facilitated as per international standards. Pakistan owing to its religious, strategic, economic, geographical, and political perspectives, is one of the most important countries in the world and attracts a huge number of people for various purposes. In Pakistan, we have almost 62 airports that operate both International and domestic flights on daily basis. Moreover, Pakistan International Airline (PIA), Shaheen-Air, Air-Blue, and Indus-Air are our local airlines that all carry passengers for domestic and international flights.

Here are some of the Top Largest and Busiest International Airports in Pakistan:

Allama Iqbal International Airport Lahore is one of the busiest airports that is spread on 1364 Acers land. Lahore has a variety of attractions as it is a nucleus of literature, culture, heritage and it perseveres in its well-defined form. The airport operates both international and domestic flights. Moreover, it comprises of new terminal complex and old terminal. The old terminal includes State Lounge and Hajj Lounge beside 02 runways and 22 Aircraft parking positions. On the other hand, the new terminal handles 4.21 million passengers’ traffic and 85000 tons of cargo per annum.

The Jinnah International Airport Karachi is also one of the most hustled airports in the country. It was established in 1925 and the airport was named after the founder of Pakistan Mr. Jinnah. It is considered to be the largest Airport of Pakistan. The airport operates both international and domestic flights and it consists of four terminals, Terminal-I, II, III and the Jinnah terminal. As being the largest city of Pakistan, the airport all of the important and major delegations all over the world. Additionally, Pakistan gains its 54% of yearly revenue from Karachi because of its being premier industrial, commercial, and financial centers. Full of monuments, landmarks, and seaports make the city, the biggest city of Pakistan. Above all, 52,000 passengers travel through the Karachi Aircrafts whether domestic or international each day.

Best Areas to Live in Karachi

Furthermore, there are 29 Domestic & 50 International Counters plus 4 exclusive counters for CIP and PIA business plus, as well as Fast-Track check-In facilities for International Travelers. Additionally, Jinnah airport is the hub of air cargo. Approximately 1, 69,124 M. tons of Cargo are Handled from Jinnah Int’l Airport annually.

After Karachi and Lahore, it is the third busiest airport in Pakistan. Islamabad airport is actually located outside of Islamabad. More to say, in the area of Chaklala, Rawalpindi. Being the airport of the Capital of Pakistan, it hosts the V-VIPs, VIPs, foreign delegates, and business communities on a more frequent basis. The airport schedule both domestic and international flights with full ease. In addition, the airport has also processed in excess of 80,000 tons of Cargo mostly on the international sector, despite severing space constraints.

Furthermore, almost 34,000 scheduled flights of 18 different airlines entertain at Islamabad Airport per year. Additionally, it is now increasing as Pakistan is ore safe and sound country. The new infrastructure of the airport includes more state of the art facilities. Moreover, it will help the air travelers with the least possible trouble.

The Bacha Khan International Airport is also one of the busiest airports which is located at the elevation of 1,158 ft. / 353 m, in the provincial capital of Khyber Pakhtunkhwa. It was renamed after Khan Abdul Ghaffar Khan, commonly known as Bacha Khan, a Pashtun nationalist political leader. It is on the two-hour drive from the Capital city of Islamabad and can be accessible from M-1 motorway. Moreover, it is on 10 min drive from the central city.

Being in the provincial capital of KPK, Bacha Khan Airport is the fourth busiest airport in Pakistan. Since the province has a large Afghan Pashtun community residing within KPK, Afghanistan flights have always been on the rise. Furthermore, the airport is also called the “Gateway to the East” because of its regular flights to China, Malaya, Singapore, Europe, and America. Moreover, all of the local airlines and international airlines are hosted by the airport with large cargo capacity. An up gradation project is still in progress that will strengthen the cargo growth along with the passenger facilities.

Gilgit Baltistan is known to be a natural wonderland nested by the world’s largest mountain ranges of the Karakoram, Himalaya and Hindukush. The Gilgit Airport is a small domestic airport that operates flights from Islamabad. It is the land that is gaining popularity every single day because of its potential for tourism and a large number of tourists fly over in scores every year. This airline is the best option to visit Best Tourist Destination in Khyber Pakhtunkhwa.

Moreover, the home to rare flora and fauna, beautiful valleys, dazzling lakes and crystal clear waters, Gilgit is a beat tourist destination. The airport serves both military and civilian flight operations. It takes almost 1 hour and 15 minutes to cover the distance which is 13 hours of road drive. Furthermore, the new terminal was constructed in 2014. Modern check-in facilities, and different arrival, and departure sections are included in this new terminal.