All about Metro Bus Islamabad A Complete Guide 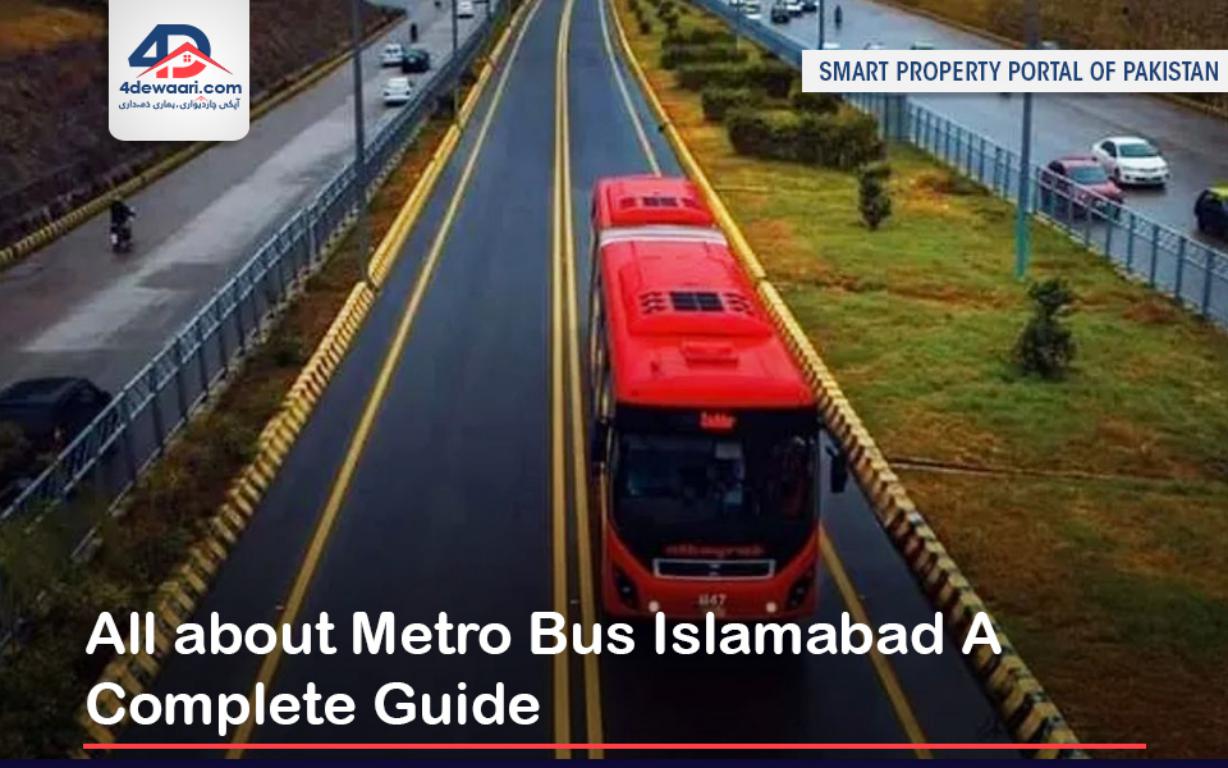 Modern transportation has made life easier for us. You can reach your home, college, or office in a flash by using modern means of travel. Metro Bus Service is one of these modern transportation services that has made traveling a lot easier for the public. People don't have to pay heavy fairs or wait long hours. There are metro stations in major cities of Pakistan including Lahore, Karachi, and Peshawar. Metro Bus facility is also available in twin cities. It consists of two phases. One phase stretches from Sadder, Rawalpindi to Pak Secretariat. The second phase goes from Peshawar Morr interchange to New Islamabad International Airport. So if you are traveling first time by Metro Bus and don't know the process then don't panic, because this article is All about Metro Bus Islamabad.

Ex-Prime Minister Nawaz Sharif initiated this scheme. The construction began in February 2014 and the first part was finalized in 2015. The completion of the second phase was due by March 2018 but unfortunately, due to change of government, a major setback was observed in the construction work and was completed last year. PM Shahbaz Shareef along with Turkey's and Chinese ambassadors attended the inauguration ceremony on 18 April 2022.

Metro Bus Islamabad operates on an Electronic ticketing system. Each one-sided token costs Rs 30. Passengers are supposed to buy a token from the ticket window. Then they would be required to pass through an e-ticket checking system. After pressing the token at the designated spot you can cross the turnstile in 30 seconds. This token has to be deposited back at the exit time.

How to use Metro Card

Tickets are for one-time rides only. Daily riders are recommended to buy a Metro Card. It will save you the trouble of buying a ticket for every ride. You can purchase a card after depositing Rs 130 as security. This amount is refundable. You can load the balance on the card up to Rs 1000.

Metro Bus Islamabad starts operating at 6.15 in the morning and closes at 10 pm.

The Route of the First Phase

The first phase of the Islamabad Metro starts from Sadder to Pak-Secretariat. It is about 22.5 km long. It has a total of 24 stations. One way tour takes about 1 hour 15 minutes to complete. If you start boarding Metro Bus from Pak Secretariat then you will come across Parade ground, Shaheed-e-Millat , 7th Avenue, Stock Exchange, PIMS, Katchehry, Ibne Sina, Chaman, Peshawar Morr, Faiz Ahmed Faiz, Khayaban-e-Johar and so on. Bus stops at each station for about 1 minute. Before reaching each station an announcement is made. So make sure to reach for the door before your desired station. This journey ends at Sadder station and the bus is evacuated for the next ride.

Tourist Places to Visit in Rawalpindi

The Route of the Second Phase

Metro Bus Islamabad is a very economical way of travel. It only costs you Rs 30 for a one-sided ticket. If you have to travel daily between the twin cities for your College or job, then this is a very cheap and economical way. Prime Minister Shahbaz Shareef has even provided freebie rides during Ramzan

There are a total of 68 buses available in the Islamabad Metro. Out of 68, 60 buses are currently working while 8 buses are kept as spare. Approximately 2000 to 2500 passengers can board the metro at a time.

Metro Bus Islamabad is fashioned according to modern standards. It has escalators and an e-ticketing system. Elevators are also available for paralyzed persons. Buses are air-conditioned. Water Coolers and washrooms are available. Free wifi is also provided for the passengers during the ride on Metro Bus Islamabad. In short, it is the first most efficient, and safe way of traveling for people in Pakistan

Although Metro Bus Islamabad is considered the safest way of travel but a few accidents have been observed in the past due to overcrowding and negligence of the passengers. A minor earthquake has shown cracks in the structure which raises questions about the quality of the material used. During heavy rainfall, the metro stations were seen flooding with rainwater which reveals a poor drainage system. Another issue is its yearly loss. Due to the low-priced fair, Metro Bus Islamabad is facing annual losses. A single-sided trip costs about Rs 9000 while it makes only about Rs 2000-3000. So according to economists, it is a burden on the economy of Pakistan.

After inaugurating Metro Bus Second Stage Prime Minister Shahbaz Shareed has directed the CDA ( Capital Development Authorities) to interlink both phases of Metro Bus Islamabad. This will be beneficial as people can directly travel from Sadder to Islamabad International Airport, Peshawar Mor and  Nust, and also the other way round. A bay is under construction to link both phases.

Metro Bus Islamabad is the most efficient, economical, and accessible service for transportation. No doubt Metro Bus Islamabad has facilitated people a lot by providing a comfortable ride. They can easily travel between twin cities avoiding the hassle of Rikshaw and Wagons. This is Islamabad Metro Bus. We hope that in the future government will extend this service to all over Islamabad and Rawalpindi.