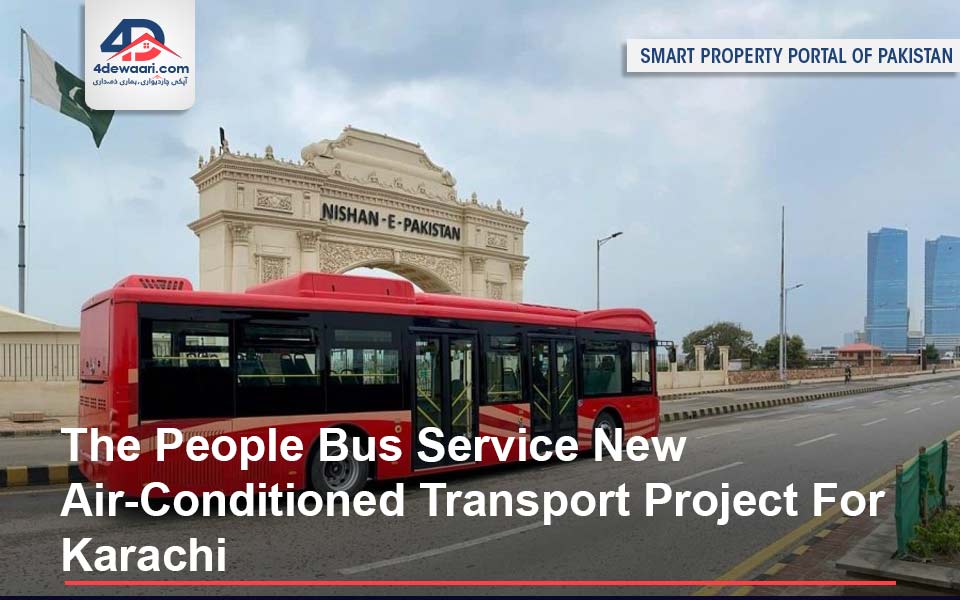 Karachi, a megalopolis, has long been negatively impacted by the lack of reliable public transportation infrastructure. The city's public transit needs have long been met by venerable carts, mini-busses, and full-sized buses operated by private transporters. Throughout its history, several schemes were presented and abandoned due to the carelessness of the relevant authorities. However, the federal and provincial government's introduction of the Green Line BRT and Orange Line projects proved to be a significant advance, and as a result, the city's transportation system has continued to be improved. Now, the provincial government recently launched the People Bus Service in Karachi and Larkana, two of Sindh's biggest cities, in addition to these extensive BRT initiatives. The transportation initiative delivers commutes that are air-conditioned, safe, and comfortable to residents of the megacity at a reasonable cost.

Moreover, according to the latest news, a new route for People Bus Service has been introduced by the government which extends 36 km from Gulshan-e-Hadeed to Tower. The specifics of each route will be covered later in this post.

The people bus service is a new transport service in Karachi. It is the first of its kind in the country where buses are equipped with air conditioning.

With commuters facing traffic congestion and pollution daily, the people bus service will offer much-needed relief to them. The bus service will also be able to cater to those who cannot access public transport due to age or disability.

The service is nearly free to the public. Services include express routes that connect Karachi's major areas, as well as local routes that help people get from their homes to their nearest bus stop.

The buses will be equipped with proper safety features like railings and handgrips so that elderly people don't feel threatened.

One example of the usefulness of this service is that it provides a much-needed alternative for those who can't afford it or don't have access to private transport. For example, commuters who live in slum areas near the outskirts of Karachi can now use this service to get into town where they might find work more easily.

In addition, these buses stay a little while at each of their major points along the route for the comfort of the riders.

The People's Bus Service will not only improve transportation options for citizens but it will also provide an opportunity for social interaction outside of the home and workplace.

It also gives pedestrians walking along the roadside a place to wait when waiting for buses during rush hour traffic jams. With innovations being introduced, such as connecting different parts of Karachi with fast express routes and introducing ramps for wheelchairs, this service should be continued.

Many students have also benefited from reduced prices during exam season, meaning that now they can get to and from their schools without needing extra help from their families.

Another advantage of these buses is that they take people to their destination faster and much more efficiently than other forms of transport such as rickshaws. This is because there are no routes that must be taken by these buses, and they can often skip crowded areas altogether to avoid traffic.

All of these advantages contribute to a better quality of life for residents living in Karachi's outlying areas, which most likely encourage them to use and benefit from public transportation.

The transportation initiative has so far added 140 buses to its fleet, 130 of which are in Karachi and the rest are in Larkana. Five of the envisioned routes for the cutting-edge bus service are currently in operation.

Take a look at the chart about each Peoples Bus Service route below, including its current operational status!

The government-set maximum fare for the shuttle service is PKR 50, while the lowest ticket is PKR 25. The fee could change based on the route you're taking.

All of the abovementioned destinations of the People Bus Service in Karachi are open daily from 7 am to 8 pm.

That’s all about this innovative and contemporary People Bus Service in Karachi. The sprawling city requires more such cutting-edge and well-maintained transit projects given its expanding urban environment and population. So, what are your opinions on this new transit system? Will the bus service be extended to other areas of the metropolis? Is it a sustainable project? Share your thoughts on this initiative to improve public transportation in Karachi with us. We would love to hear from you.