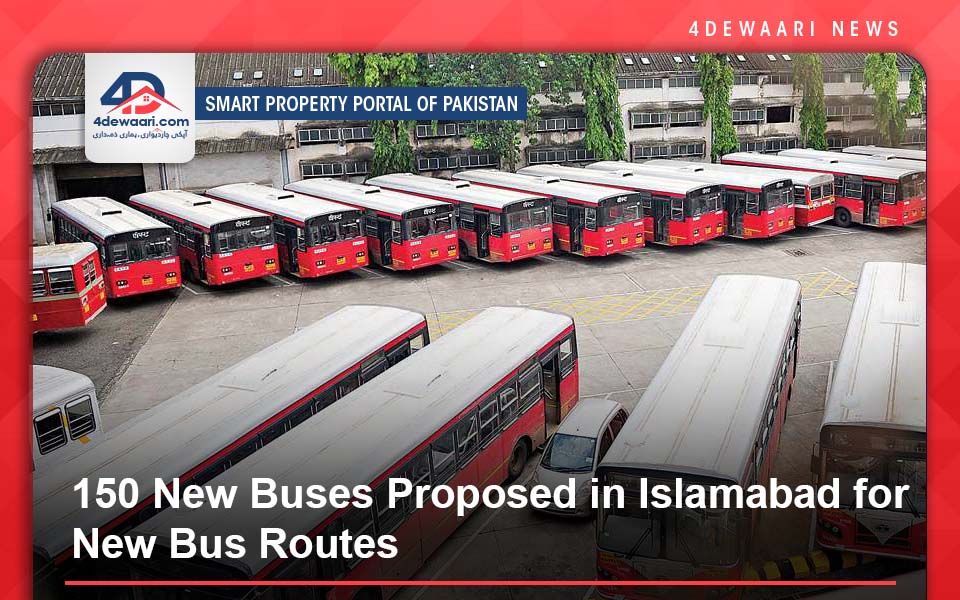 Islamabad: A survey study shared by the National University of Science and Technology (NUST) to the  Capital Development Authority (CDA) revealed that as many as 13 new bus routes are required in Islamabad to minimize the public woes and worries regarding transportation. The proposed new routes would help connect the entire city in a much better way. The number of buses required is at least 150 as per the study. The CDA engaged the NUST under the instruction of PM Shahbaz Sharif. CDA Chairman also attended the meeting retired Capt Mohammad Usman, PML-N leader and PML(N) leaders  Hanif Abbasi, Tariq Fazal Chaudhry, Anjum Aqeel Khan, and some of the officials from NUST and CDA.

IJP Road Project First Phase Nearly to Complete
Out of the proposed 13 routes, 9 routes are within the city, and the remaining four are for rural areas of the capital. The four routes of the rural areas include Nilor to Khana, Tramri to Aabpara, from I.J.P. Road to the metro station, and GT road to D-17. Earlier last month the PM directed the civic body to start an intercity bus service within a month. The PM has already inaugurated orange, blue, and Green Line Metro bus services in the capital city. The civic agency is now making all-out efforts to start an intercity bus service.

Bhara Kahu Bypass Project FWO Asked to Submit Draft
It is informed that after the construction of the new routes the CDA would engage private operators to ply buses on the routes. Currently, the govt is providing free rides on the orang, Blue, and Green Metro Bus Services. One of the reasons behind the free rides is that the fair of the three routes has not been determined yet. Orange Line Metro plies from Peshawar Mor to Islamabad International Airport, Blue Line (from Koral to Pakistan Institute of Medical Sciences (PIMS), and the Green Line Metro (from Bhara Kahu to PIMS.