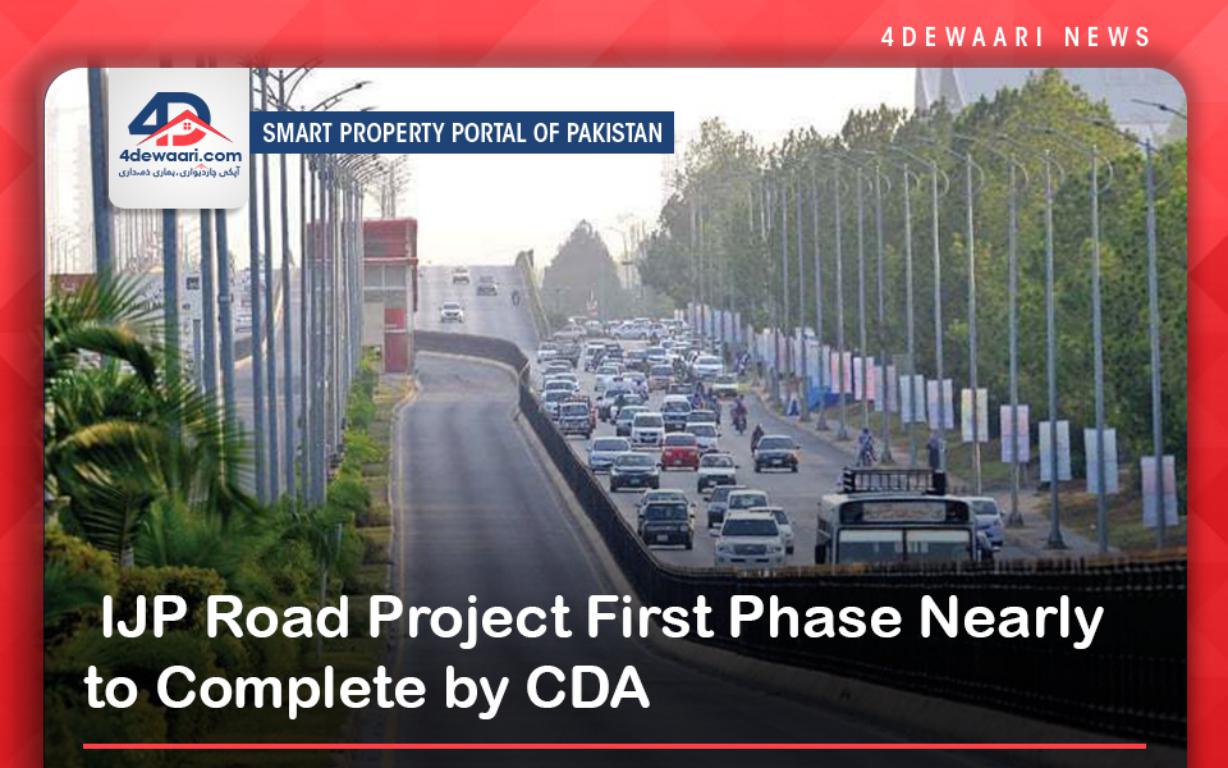 Islamabad: The Capital Development Authority (CDA) is determined to complete the first phase of the IJP road from GT Road to Mandi Morr by the end of the next month. The piling work and construction of pillars of flyover at the intersection of 9th Avenue, I J Principal Road, and Rawalpindi Stadium Road have already been completed. The CDA official said that the construction cost of the project would also be revised owing to the ever-increasing prices of the materials and petroleum products.

The official further added, “Our contractor, National Logistic Cell (NLC) keeping the progress of the work at a good pace, and hopefully, the work on the first phase from G T Road to Mandi Morr will be completed by the end of August which is ahead of target,” However, some hurdles were caused by the rainy season. Still, such things are always kept in mind while setting deadlines and targets. He said that the part of the road from G T Road and Mandi Morr which they are going to complete by end of next month is more than half of the project.

FWO Given Six Months Extension for Completion of Margallah Road