5000 Allottees of i-15 to Get Possession Soon CDA Declared 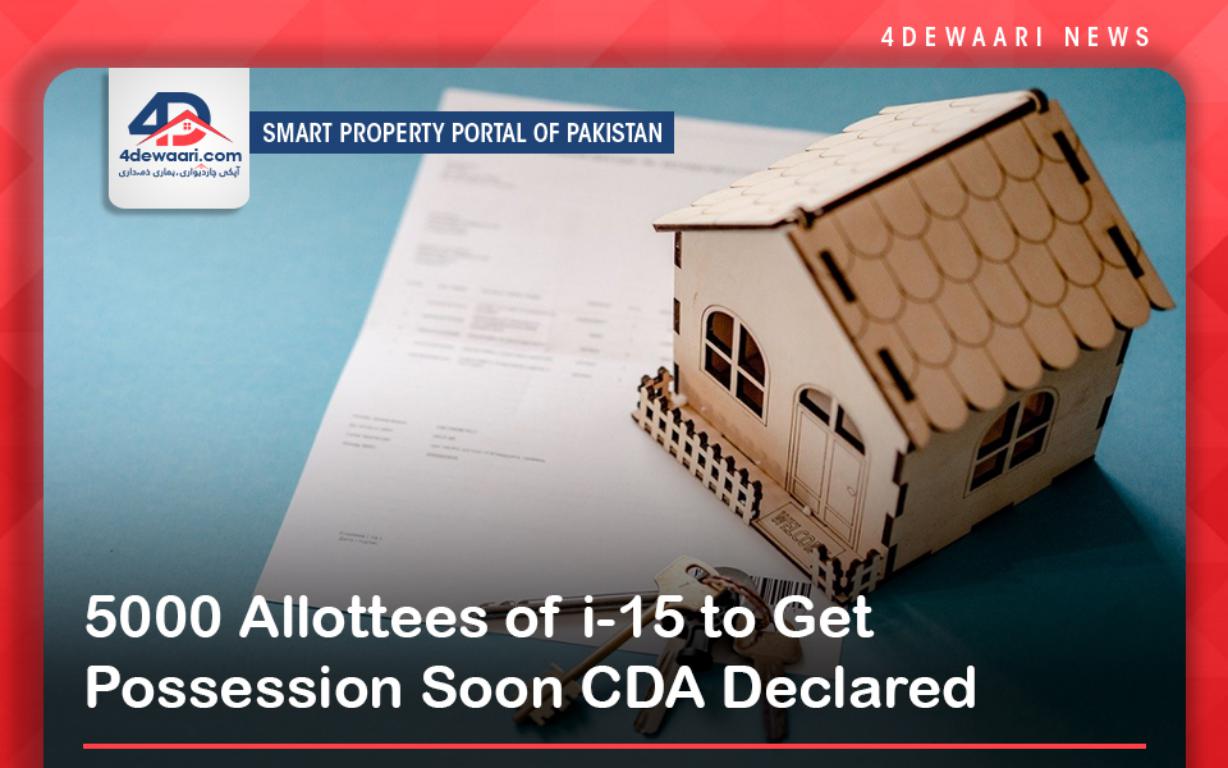 The Spokesman said, “The development work in sectors I-15/1, I-15/3, and I-15/4 include drainage system, sewerage network, construction of streets, street lights, culverts, and other residential facilities would be completed.”. He added that the construction of the houses in I-15 would also help cater to the ever-increasing demand for housing in the capital city. The construction work in the three sub-sectors is in progress whereas the work on the fourth sub-sector I-15/2 is still pending. The civic body is of the view that the construction work on the I-15/2 would also be started soon.

CDA Board Approved 327 Acres Swapping of Land for MHNP

It is relevant to mention here that The CDA allotment letter of the two sectors was awarded in 2005 but due to some reason or the other the development of the sectors could not be carried out and the development work remained pending. As many as 5000 allottees got affected by this inordinate delay. The chairman amir Ali Ahmed after assuming the charge started to take interest in developing the stalled sectors of the CDA and advised the concerned officials to ensure speedy and timely completion of the development process. Earlier in a meeting presided over by the chairman the civic agency decided to grant possession letters to the affectees of the sector on an urgent basis.