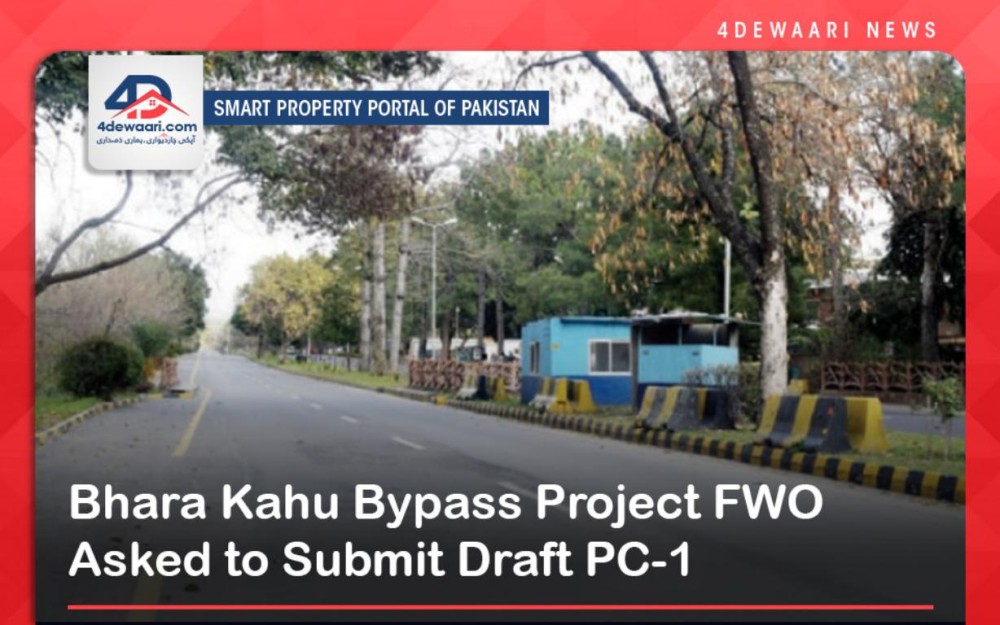 Islamabad: In order to bring an end to the inordinate delay faced by the Bhara Kahu Bypass Project the Capital Development Authority (CDA) has asked the Frontier Works Organization (FWO) to submit a draft PC-I of the long-awaited Bhara Kahu bypass project. The Director Roads CDA has reminded the FWO through a letter to submit the draft PC-1 at the earliest. The letter read, “ In continuation to above letters, I am directed to state that draft PC-I for the project of Bhara Kahu bypass was sought for perusal and approval of the competent forum, however, the same is still awaited.”The 7.4 km Bhara Kahu Bypass Flyover, which is a part of the proposed Margalla Road, has been approved by the Capital Development Authority. The  Bhara Kahu Bypass once completed would not only benefit the dwellers of Bhara Kahu and its surroundings but also minimize the woos of the tourists heading towards as well as the people living in Murree and Azad Kashmir.

The work he said would be completed in two years and the long-standing issue of severe traffic jams at Bhara Kahu would be resolved. Over the past few years, with a lot of traffic jams and hustle and bustle all around, The  Bhara Kahu area of Murree Road has turned out to be one of the most crucial points of public worries in the federal capital.  The ever–increasing population of the area with a lot many people traveling to Murree and Azad Kashmir has made Bhara Kahu the point of traffic jams and congestion which creates problems for travelers in general and the people of the area in particular. As per CDA officials under the revised alignment, the road would be constructed on the state land starting from Quaid- e- Azam University Till Satra Meel.

It is relevant to mention here that the Bhara Kahu Bypass is actually a part of the Margalla Road Project. Margallah road according to CDA’s master plan starts from Sangjani on G.T Road and after passing through Margalla Hills will end up on Murree Road near Satra Meel. The CDA has assigned the task of construction of the road to the FWO as a lot many defense installations also fall alongside the route of the proposed Margalla Road. The FWO is already working on the 1st portion of the Road from Sangjani to D-12. In the 2nd phase, the road would be linked to the  Khayaban –e-Iqbal near constitution avenue. The third and the last portion of the Margallah road starts from Quaid e Azam University to Satra meal of which the Bhara Kahu Bypass is the major part. The government as well as the civic agency is interested to complete the construction work on the last phase (BHara Kahu Bypass) as early as possible to minimize the public woes and worries in the area.