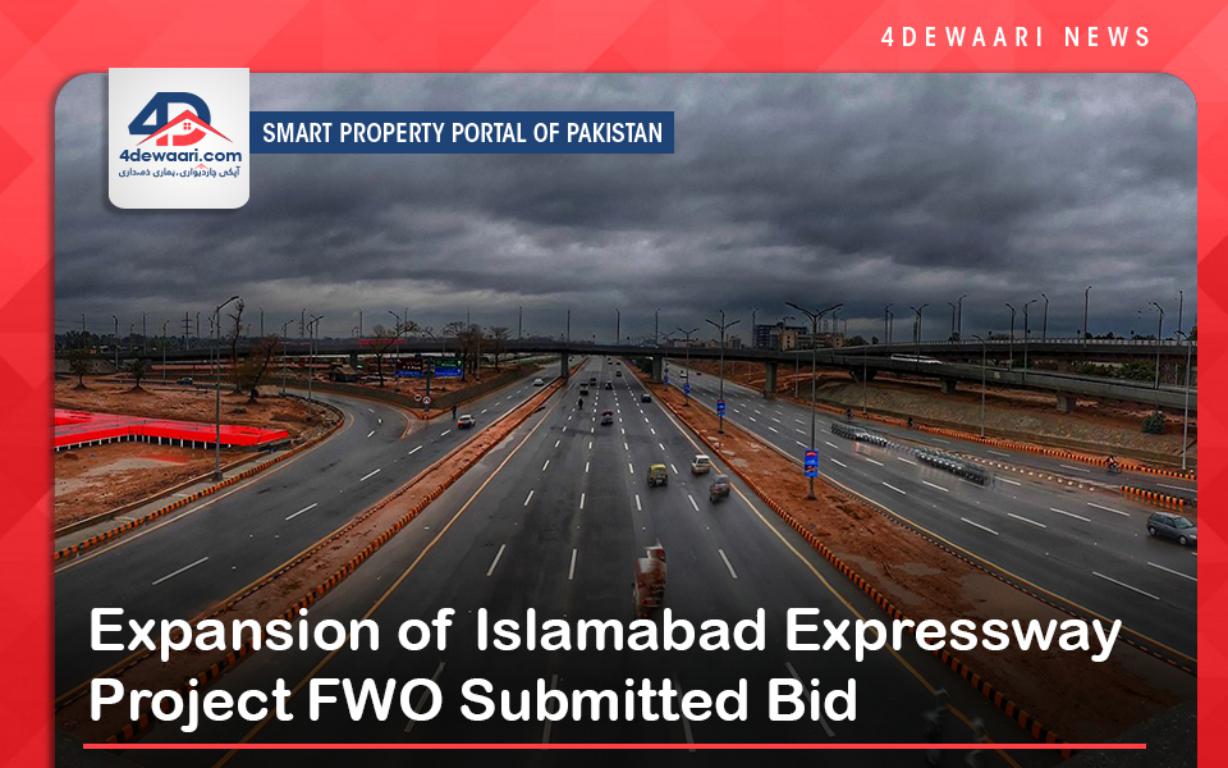 Islamabad: The Frontier Works Organization (FWO) has recently submitted a bid Worth Rs 10.9 billion to the Capital Development Authority (CDA) for the construction and expansion of the Islamabad expressway from PWD to T Chowk Rawat. The Bid for the 7-kilometer portion of the road was opened on June 10 and the FWO turned out to be the lowest bidder with Rs 10.9 billion compared to the NLC with a bid of Rs 11.7 billion. The 7 Km portion from the PWD interchange to GT Road will be completed in one and a half years' time. The expansion work also includes the construction of Sohan Bridge besides expanding the existing two-lane road to four-lane on both sides  The FWO is already on work for the expansion of the 2 km portion of Islamabad expressway from Koral Bridge to PWD worth Rs 2.3 billion whereas the PWD interchange has already been completed.

Earlier in a board meeting, the CDA had decided that due to the availability of funds in the outgoing fiscal year the CDA would carry out the expansion work of the 7km portion out of its own resources rather than asking the central government to allocate funds for the project in the PSDP 2022-23. As per details, the expansion work would be started as soon as the CDA management accepts the bid and issues a work order after the committee's approval. Last month, the CDA board had given a nod to the civic body to get the expansion work done through a government contractor under 42(F) rules of the Public Procurement Regulatory Authority (PPRA). The said rule allows the CDA to directly contract other state-owned entities like FWO and NLC.

It is relevant to mention here that the Islamabad expressway main route of the heavy traffic plying from the twin cities towards Lahore. Moreover, benig connected to GT road it also caters to a heavy flux of traffic between Punjab AJK and KP. Above all, over the past couple of decades a huge flux of housing societies has emerged on either side of the Islamabad Expressway which has further aggravated the situation.  The problem arises when the road suddenly narrows down to two lanes from Koral Bridge onwards. The 2km portion of the road from Korang bridge to PWD is already being widened by the FWO. After the expansion of the 7km portion from PWD to T Chowk on GT Road, a longstanding issue of heavy congestion would be resolved. The civic agency under the dynamic leadership of the current chairman has taken up several road projects over the past few years. The likes of The 7th Avenue Project, Expansion of IJP Road and 10th Avenue project, Margallah Road, PWD interchange, and Rawal Dam Chowk Project would help ease the flow of traffic in the capital city.