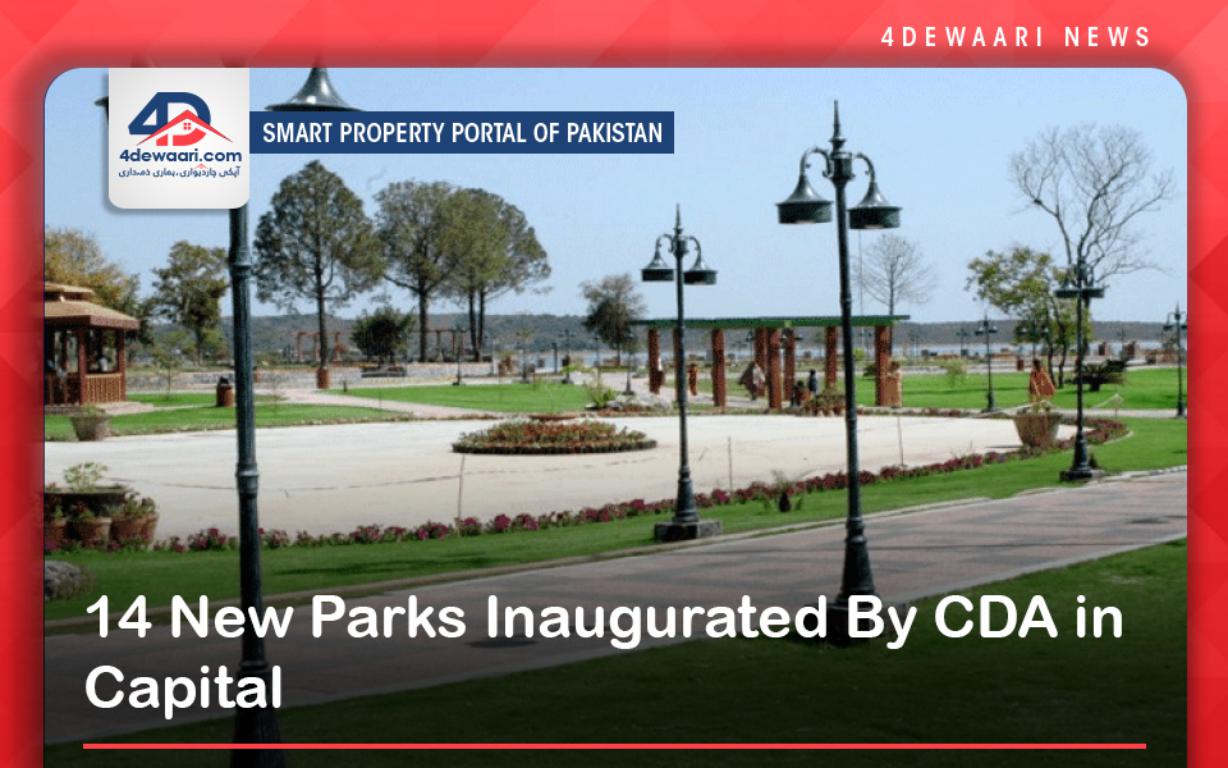 Islamabad: The Capital Development Authority (CDA) inaugurated as many as 8 new parks in D-12 and 6 in Park Enclave to provide the residents of the area with a healthy recreational facility. These new parks especially include jogging tracks, kids' play areas, swings, and sit-out areas to amuse the masses, especially during the ongoing Eid festivities. A statement issued by the civic agency stated that the CDA has during the last one and a half years restored and rehabilitated over 280 parks in the jurisdiction of the capital city. However, the civic agency has been unable to start construction work on the famous Lake View Phase-II and Bhara Kahu Park.

CDA Planned to Generate Electric Power Through Solar Panels
The DG of environment Irfan Niazi when contacted informed that during the last two years all the existing parks in the capital city have been renovated and rehabilitated. He also informed that 50 new parks were also constructed during this period of time. Most of the facilities in these fifty parks, he added, have also been completed. About the Lake View Park Phase-II and Bhara Kahu Park, he said that a Ferries Wheel would be set up for which a consultant will be engaged after eid. He said that the PC-1 of the Bhara Kahu Park is being finalized.

Earlier last year the civic agency had announced to start of two mega projects named Lake View Park Phase-II and Bhara Kahu Park. The lake view Phase-II also contains a 180 feet high Ferris wheel named ‘Islamabad Eye’. The CDA claims that the visitors can view the whole of the capital city atop the Ferris wheel. The CDA Development Working Party has already approved the PC-1 of the Lake View Extension and directed the concerned quarters to hire a consultant in this connection. About the Bhara Kahu Park which will be constructed on around 350 acres of land, the DG said the park will also have walking tracks, kids playing areas, exercise units, mini-golf courses, a water sports area, and much more for the visitors.