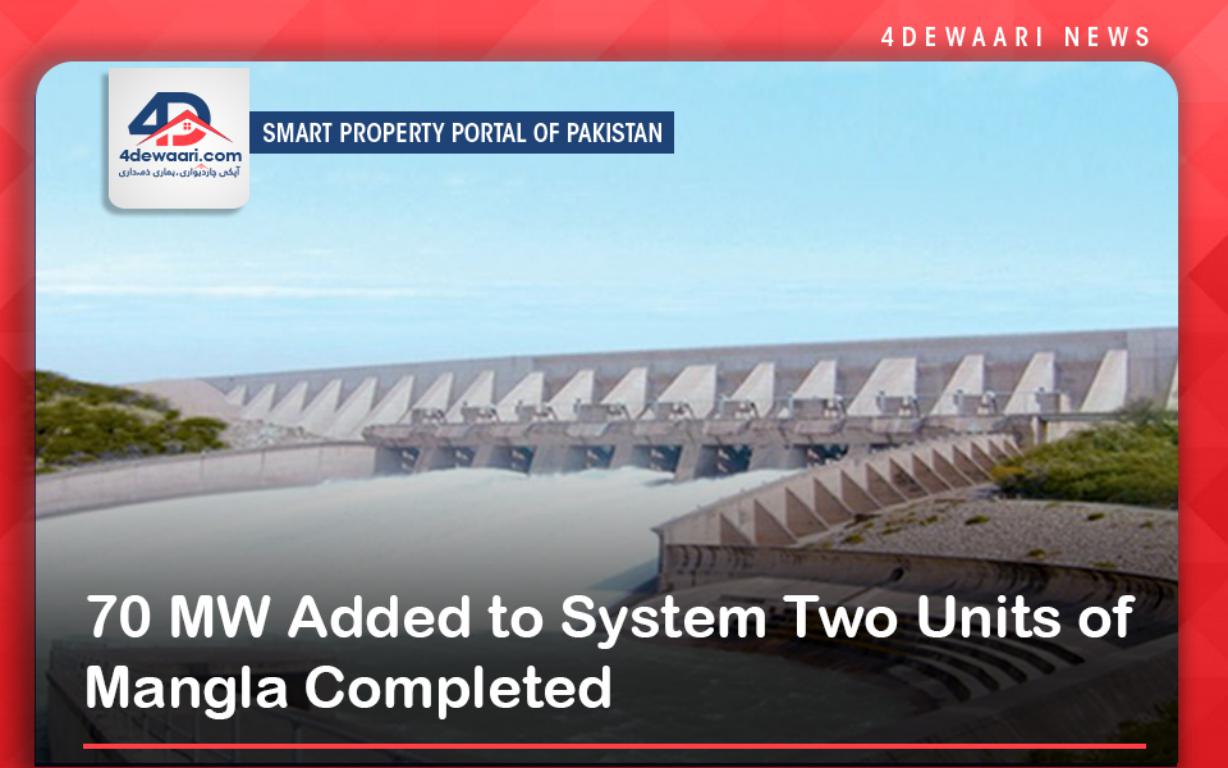 Lahore: Two Mangla Hydel Power Station units have been refurbished and successfully commissioned on Monday. The capacity of each unit, refurbished under the USAID financial assistance, has enhanced to 135 MW from 100 MW, thus having total addition of 70 MW to the system from 200 MW to 270 MW. As per WAPDA, USAID Mission Director along with the Wapda member Jamil Akhter visited the Mangla Power Station and witnessed the commissioning of the two units.

As per details, Wapda is working on the project with an approved cost of Rs 55.24b out of which a USD 150m grant would be provided by USAID and the remaining amount would be managed by the company from other resources. The project would enhance the generation capacity of the power station from 1000 MW to 1310 MW. The average annual generation of Mangla will also increase to 6.5b units from the current 5 billion units. The rehabilitation and refurbishment work comprises 11 different packages being implemented in different phases closing down one tunnel (two generating units) at a time.

Speaking on the occasion Ms. Jolie said,  “Today, the Mangla Dam rehabilitation work builds upon the foundational partnership of the original construction. USAID is proud of our enduring efforts with Wapda to extend Mangla Dam’s useful service as a reliable source of clean energy and irrigation water.” She further added, “When Mangla Dam was built, it was one of the largest earth-filled dams in the world. Not only it is an impressive achievement in engineering, but also an excellent example of long-lasting US-Pakistan friendship and economic cooperation”. Earlier wapda member thanked the US for its continuous support in power generation in Pakistan. He said that Pakistan Wapda is not only developing new sources of power generation but also improving the existing ones including Mangla to maximize the total Power store in the national grid.