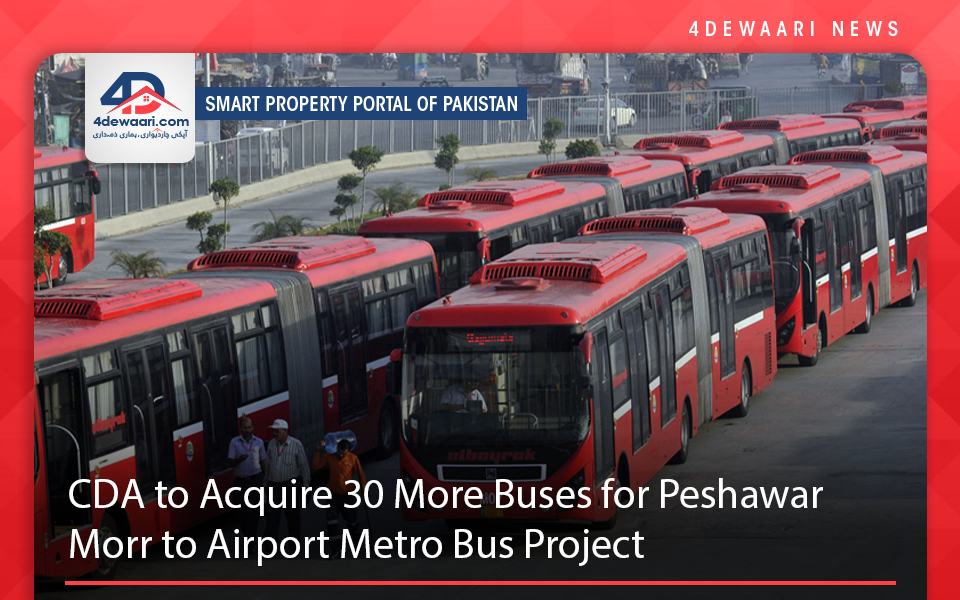 Islamabad: According to news sources, on January 13, the Capital Development Authority (CDA) published the outcomes of its financial bidding process to purchase 30 buses for the metro bus project from Peshawar Morr to the New Islamabad Airport.

According to CDA sources, a foreign company, Higer Bus Company Limited, offered the lowest price of PKR 728 million, or PKR 24.2 million per vehicle. The Pakistani company received two additional bids: one from Master Motors Corporation for PKR 29.8 million per bus and the other from Foton and Auto Park for PKR 33 million for each bus.

A CDA official told the media that the chosen bid proposal will now be sent to CDA management for final clearance before an order is placed for the buses, which are expected to be delivered in four months. It is important to note that the Peshawar Morr to Islamabad Airport bus project has already received PKR 300 million from the federal government in the 2020–21 budgetary period.

The CDA later took over project management in March 2021 from the National Highway Authority (NHA).  Ever since the CDA has built a number of metro stations and corridors, as well as work on security, ticketing, and station management systems have been completed.