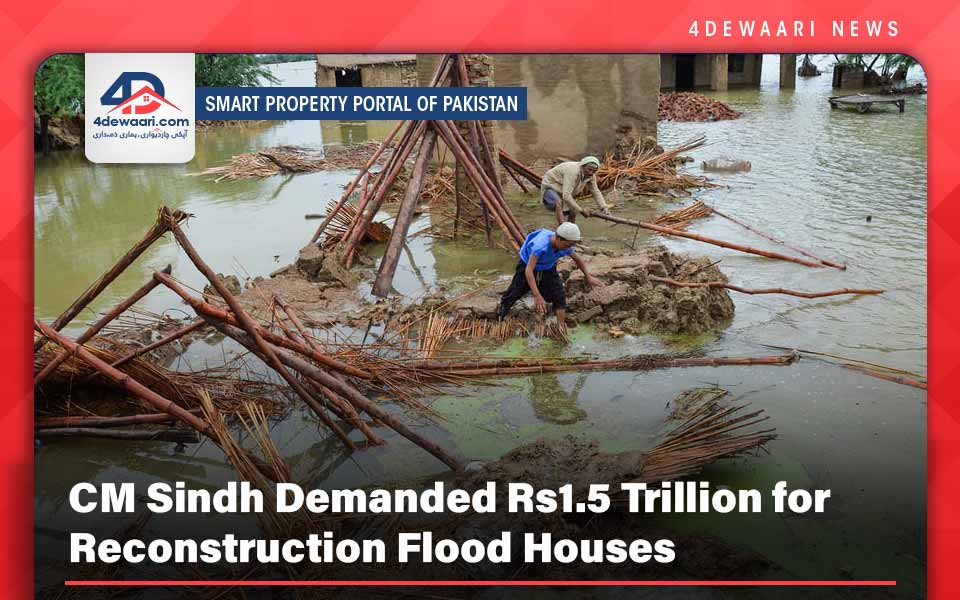 Karachi: The Sindh Chief Minister on Saturday held a meeting with Asian Development Bank (ADB) Director General (Central & West Asia) Eugenue Zhukov and informed him that Rs 1.5 trillion was required to reconstruct the houses that were destroyed during the heavy rains and floods across the province. The CM informed that around 1.8 million houses had been destroyed during the flooding and that the reconstruction and rehabilitation was a gigantic task. During the meeting, the CM said that the World Bank had pledged an Rs110 billion loan against a requirement of Rs1.5tr for the reconstruction of flood-affected houses. He asked the ADB to help the province to meet the shortfall of Rs1.39 trillion.

The CM said, “We shall be thankful if the ADB meets the shortfall of Rs 1,390 billion so that all the homeless people could be provided with shelter/house”. The ADB officials in response said that the bank has already committed $475m to the federal government. Out of the committed amount, the officials said, $300m would be the share of the provincial government for the reconstruction of damaged infrastructure. They further added that $100m would be given to the NHA for the rebuilding of the Motorway from Karachi to Hyderabad.

Meanwhile, the ADB on Saturday revealed that it has decided to include $5bn in new loans to be provided to the countries in central Asia and west Asia to help them withstand the impacts of climate change. The whole world is facing a kind of climate emergency,” Yevgeniy Zhukov, the bank’s director general for Central and West Asia that includes Pakistan, said in an interview in Karachi on Oct. 26. He further added, “We are trying to refocus our investments, not just in Pakistan, but in the region, on focusing more on climate change.”