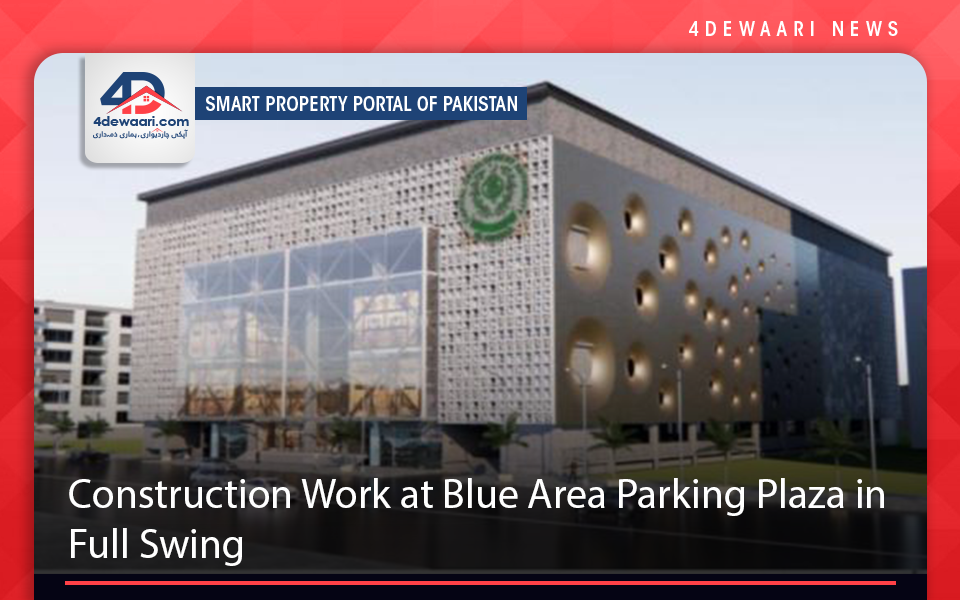 Islamabad: According to news sources, the base work for the parking plaza in the Blue Area has been completed, and construction work is moving forward at a rapid pace.

According to Project Concept-1 (PC-1), the National Logistic Cell (NLC), which made the lowest offer of PKR 1,274.5 million, would construct the Blue Area plaza. The plaza's location, which is close to Savour Foods on Jinnah Avenue and has a capacity for 1,300 vehicles at a time.

To increase the plaza's earnings, additional structures including shops on the ground floor and an outdoor restaurant on the fifth floor will be constructed.

In order to alleviate the city's growing parking problem, the CDA announced last year that it would construct five new parking plazas in various locations throughout Islamabad. As per plan of the CDA six parking plazas would be constructed in the capital city which includes  —one in Centaurus Mall, one in F-8 Markaz, two in F-10 Markaz, and one each in Karachi Company and I-8 Markaz.