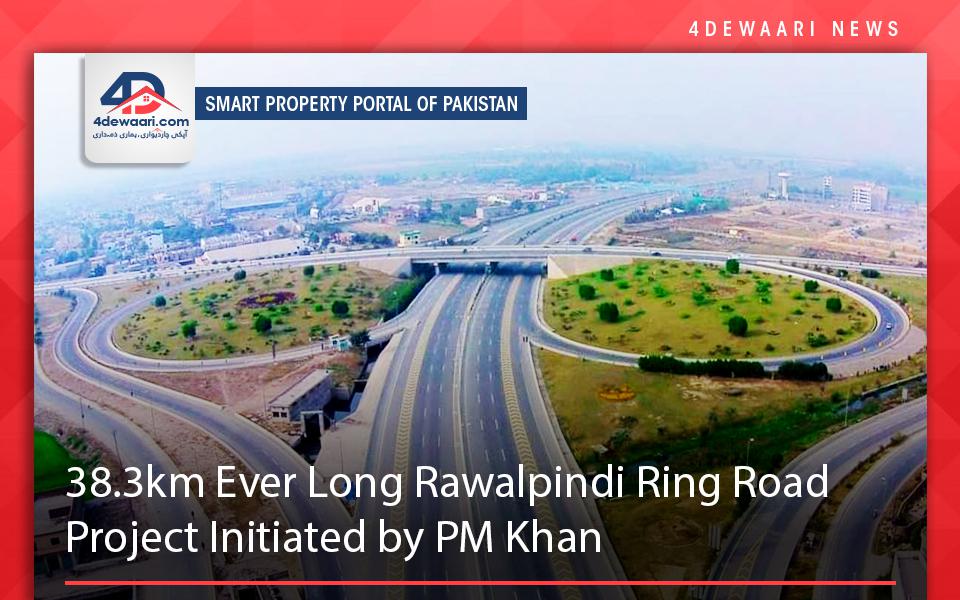 On Saturday PM Imran Khan inaugurated Rawalpindi Ring Road Project. The 38.3 KM six-lane road from Thallian Interchange (M2) to Bhant (Rawat GT Road) would ease out the flow of traffic in the twin cities besides gearing up economic activities in the region. The Rawalpindi Development Authority, the executing Agency of the project, has recently awarded a contract of Rs 22.8 billion to the Frontier Works Organization (FWO). The execution of the project was canceled by the PM last year on reports of massive anomalies on the part of the concerned authorities and some of the politicians regarding the design and route of the project.

Earlier last year before the cancellation of the previous plan of the Rawalpindi Ring Road, the land worth Rs 380 million had already been acquired under the previously planned route of the ring road, however, under the high-level inquiry ordered by the PM, the reports of the malpractices by the Punjab bureaucracy and some of the Govt officials were brought to the notice of the Prime Minister and an immediate probe revealed that under the political influence the route of the Ring Road was extended to benefit some private housing societies lying in the area causing an extra burden of around 25 billion to the national exchequer. The probe into the scam also revealed that the controversial structure of the Ring Road would benefit at least 50 influential people and real estate, dealers. It was also reported that some members of the federal cabinet were also among the beneficiaries of the scandal. The PM after the reports immediately advised the district administration to cancel out the route and recover the amounts paid to the landowners of the said route.

Date Given by RDA to Start Work On LEH Expressway

As per the newly approved route, the 38.3-km-long new route will start from Baanth near Rawat and end at Thalian near Motorway. A new price assessment was made after the imposition of section 4 in the area. The official sources also informed that the newly approved route is the same as initiated by the Nawaz Sharif led government in 2014, but when the current government came at the helm of affairs, the entire route and structure of the project were changed which was canceled by the district administration in August last year under the serious charges of massive corruption. Under the newly approved Scheme of the project, the FWO will complete the project without any external help keeping in view the sensitivity of the area.