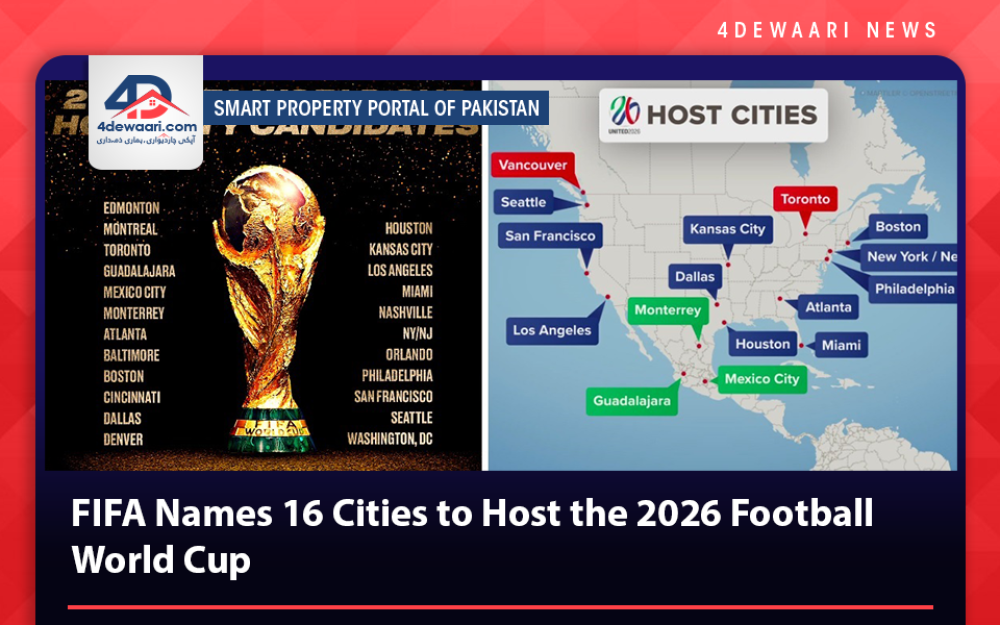 16 host cities for the first-ever 48-team tournament were named on Thursday, almost exactly four years to the day after it was revealed that the men's FIFA World Cup would return to the United States and Mexico (and visit Canada for the first time) in 2026.

11 American locations were chosen, five of which were in the east (despite FIFA's interpretation of Atlanta), three in the middle, and three more in the west. Vancouver and Toronto will serve as the first-ever hosts of World Cup games. The World Cup will be held in Monterrey for the second time, while Mexico City and Guadalajara will host it for the third time (1970 and 1986).