Govt Land Worth Billions Retrieved from Land Mafia in Lahore 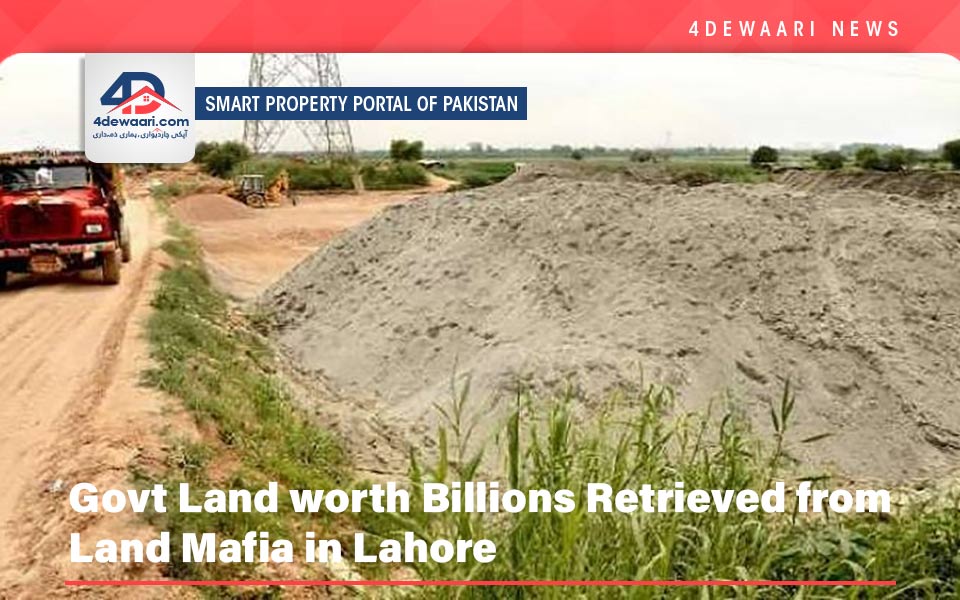 Lahore: The District administration of Lahore on Saturday carried out a massive operation against a private housing society in Chung area of the city and retrieved the Irrigation Departments’s land worth billions of rupees. The city managers, Lahore police, irrigation department and Rescue 1122 took part in the operation against the so-called owners of a private housing society. The private housing scheme had developed several plots on the land owned by the irrigation department. Anti-riots force, elite force, Police officers, and hundreds of soldiers remained present on the occasion for full security of the operation.

It is pertinent to mention here that a couple of years back the then PM Imran Khan had vowed to launch operations throughout the country for retrieval of state land. He told that the cadastral mapping had shown a massive land Encroachment worth Rs 5.5 trillion whereas the land encroached in three major cities namely Karachi, Lahore and Islamabad is worth Rs 2.63 trillion. Similarly, forest mapping of 30,000 KM revealed that 70,000 acres of the forest area have also been encroached by land grabbers.