Increased Inflation Due to Price Hike in Construction Sector 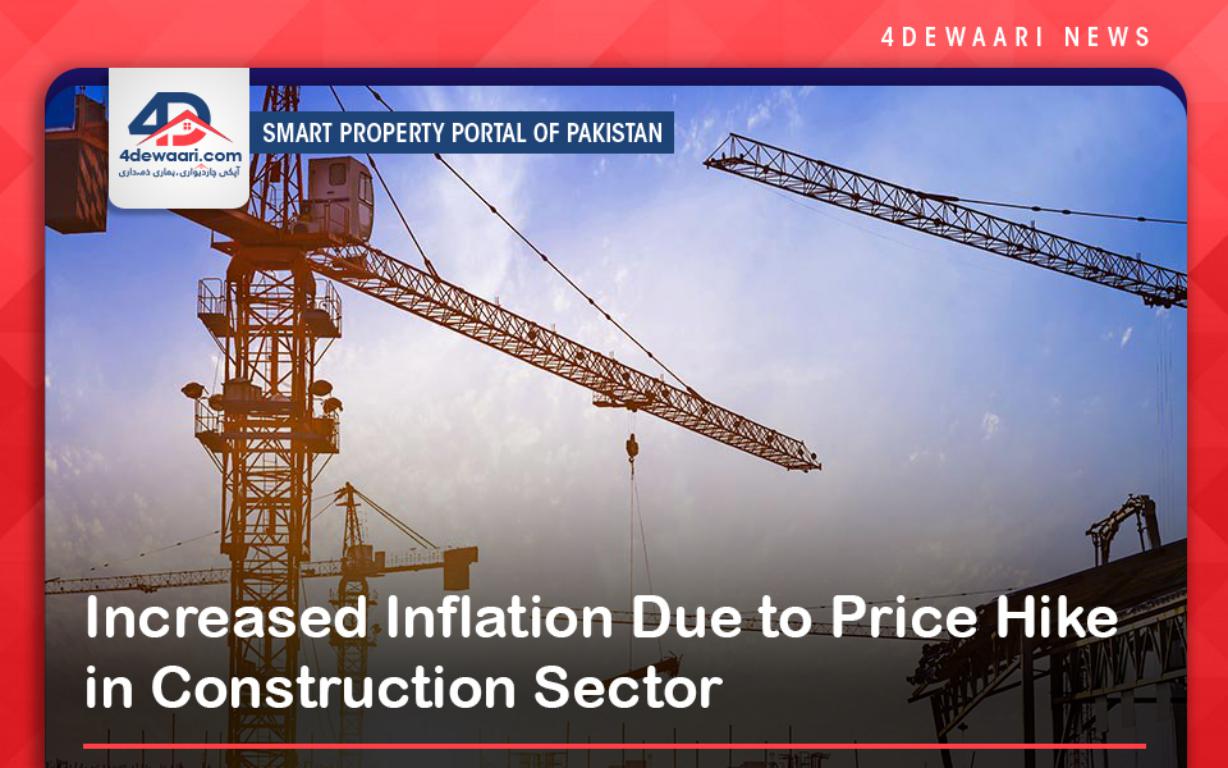 The representatives of the Ministry of Industry and production told the National Assembly that a global increase in prices of steel scrap, a steep rise in freit charges owing to unprecedented hike in petroleum prices, and devaluation of Pak Rupee against dollars have contributed fully in a significant increase in the cost of construction inputs, especially steel bars. The representative of the ministry further added that the rise in prices of gas and electricity is also responsible for an unchecked rise in the cost of construction. He was responding to a question to a question raised by Member of National Assembly Shazia Marry who had expressed her concerns over the multiplying prices of construction inputs over the last few years that have almost made it impossible for a layman to construct a house of his own.

The National Assembly was further informed that over the past few years the prices of steel scraps increased by almost double that is from $300 per tonne to $560 per tonne while the prices of gas also jacked up by 200pc and electricity by 70 to 80 percent. Moreover, the cargo charges also rose by around 100pc, and the ministry replied to the question. He added that in the aftermath of the relief from Corona restriction when the economies started to operate fully the prices of raw materials have also surged up in the wake of increasing demand. He said,  ” Scrap prices are on the bullish trend owing to a pickup in demand after the economies began to operate in full swing in keeping with the easing of coronavirus restrictions, driving up the price of scrap steel in the global market,”

It is to be mentioned here that  In 2017-18 the price of steel was around 90,000 per tonne which has risen to around 2 lakh per to today. Similarly, the price of cement bags has almost doubled from Rs460 to 850 per bag. In the same way, the prices of all other materials in the construction industry have risen manifold. The incumbent government under the dynamic leadership of Imran Khan had paid special attention to the promotion of housing and construction in the country. The government has a plan to construct around 5o million houses for the low segment of society but ever-increasing prices of the iron bar, cement, bricks, and interiors have made it almost impossible for a common man to construct a house on his own.