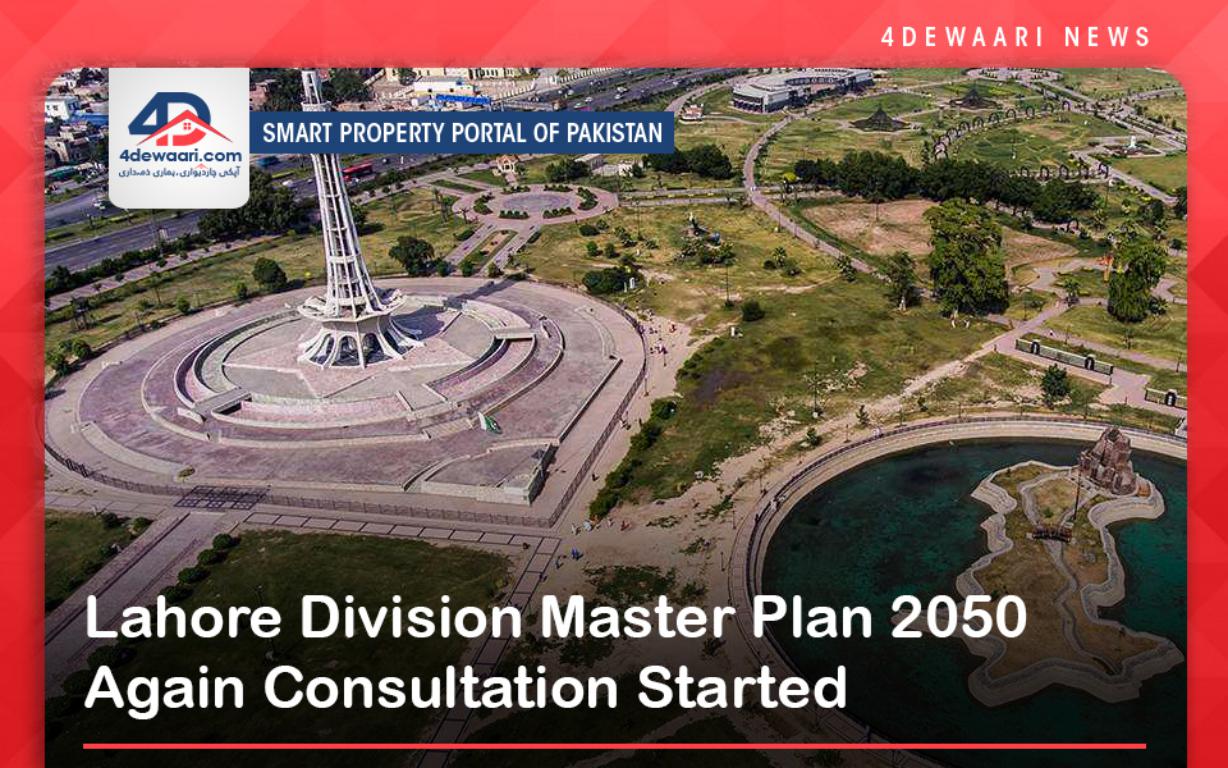 Lahore: The Lahore Development Authority (LDA) has started the second round of consultation through public notices and hearings on the Lahore Division Master Plan 2050. The idea behind this consultation is to involve the public opinion and to get the maximum possible input with regard to the Master Plan. In the first round of consultation, the LDA held four public hearings in the four cities namely Lahore, Kasur, Shaikhupura, and Nankana Sahib besides getting public input through public notices on the Proposed Master Plan 2050. The draft Master plan projects an addition of around 12.5 million to the existing population of Lahore by 2050. The plan recommends the housing and accommodation of 9 million within the administrative limits of the provincial metropolis and the remaining 3.5 million outside the boundaries of Lahore.

An LDA officer told the newsmen, “We have started another round of consultative process on the draft master plan-2050 by inviting the public at large through a public notice in a bid to get its viable public input and incorporating it in the plan. In the first notice, we issued around 20 days before, we have received over 20 suggestions/observations from the people through the LDA’s one-window operations “. He also added that the LDA will soon issue a couple of more public notices and public hearings to ensure consensus by involving the public at large.

The Master plan also states that the future developments in four districts namely Lahore, Shaikhupura, Qasur, and Nankana Sahib will be carried out in accordance with the government policies at the provincial and federal levels. The LDA has already approved the proposed planning in this regard subject to all further actions that would be taken as per law and policies. The proposed Master plan will encourage vertical developments with Limited horizontal ones. The Master Plan also envisages management of transport, creation of jobs, and boosting of economic activities in the region.