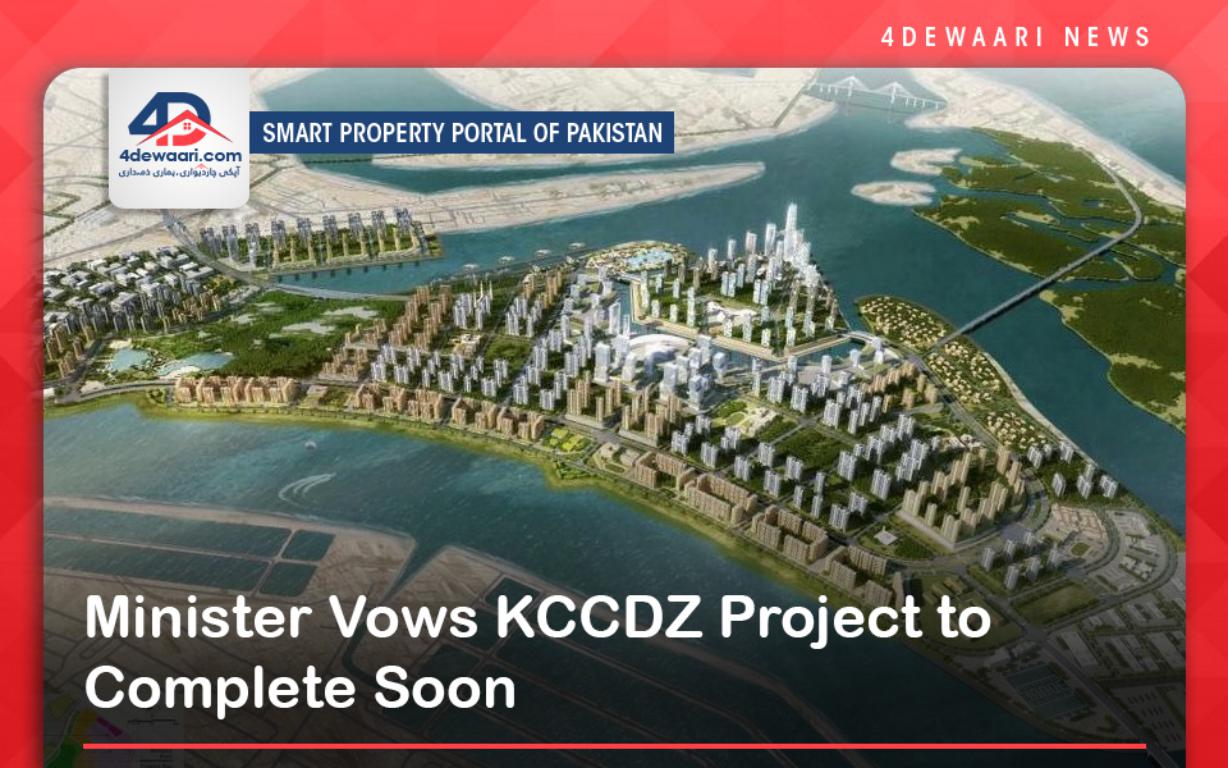 Islamabad: The Minister for maritime affairs Faisal Subzwari on Tuesday expressed his resolve to take all possible steps to complete the $3.8 billion Karachi Coastal Comprehensive Development Zone (KCCDZ) on urgent grounds. He said that the mega-development project would not only uplift the lifestyle of the people of Karachi but also create numerous job opportunities. The ministry on Tuesday while discussing the project with China Road and Bridge Corporation (CRBC). The CRBC highlighted the significance of the project and talked over policy demands from the government of Pakistan. The CRBC also expressed its concerns over the delayed response of the government on the mega project over the last three years. Last year Pakistan and China had agreed to include the KCCDZ under the CPEC framework.

KCCDZ is an initiative of the Ministry of Maritime Affairs that focuses on providing the people of Karachi with the most modern urban infrastructure zone which is expected to place Karachi among the top port cities of the world. In September last year, after the inclusion of the project under CPEC, a statement issued by the govt said, "The monumental decision was taken during the 10th Joint Cooperation Committee (JCC) on CPEC, held on 23rd September 2021 at Islamabad and Beijing". The planned billion-dollar KCCDZ project will be executed on direct Chinese investment in collaboration with Karachi Port Trust (KPT).

The statement issued after the 10th meeting of JCC further added, "Developed on a reclaimed area of approximately 640 hectares on the western backwaters marshland of KPT, KCCDZ will be a flagship project for not only Pakistan but the entire region". The statement had highlighted that the mega-development project would open new avenues of cooperation between Pakistan and China and developed the unexplored blue economy of Pakistan, "KCCDZ will unlock Pakistan’s unexplored blue economy and significantly enhance development and industrial cooperation between the two brotherly countries. KCCDZ is a game-changer for Pakistan".

The environment-friendly KCCDZ is a well-planned infrastructure development project that envisages four new berths for KPT, a state-of-the-art fishing port with a world-class fisheries export processing zone. The project would also improve the maritime ecosystem and establish a water treatment plant at Lyari River to reduce pollution significantly. The KCCDZ would also provide a low-cost residential settlement to more than 20,000 families living in the surrounding slums.  KCCDZ has great potential for both local as well as global investors.