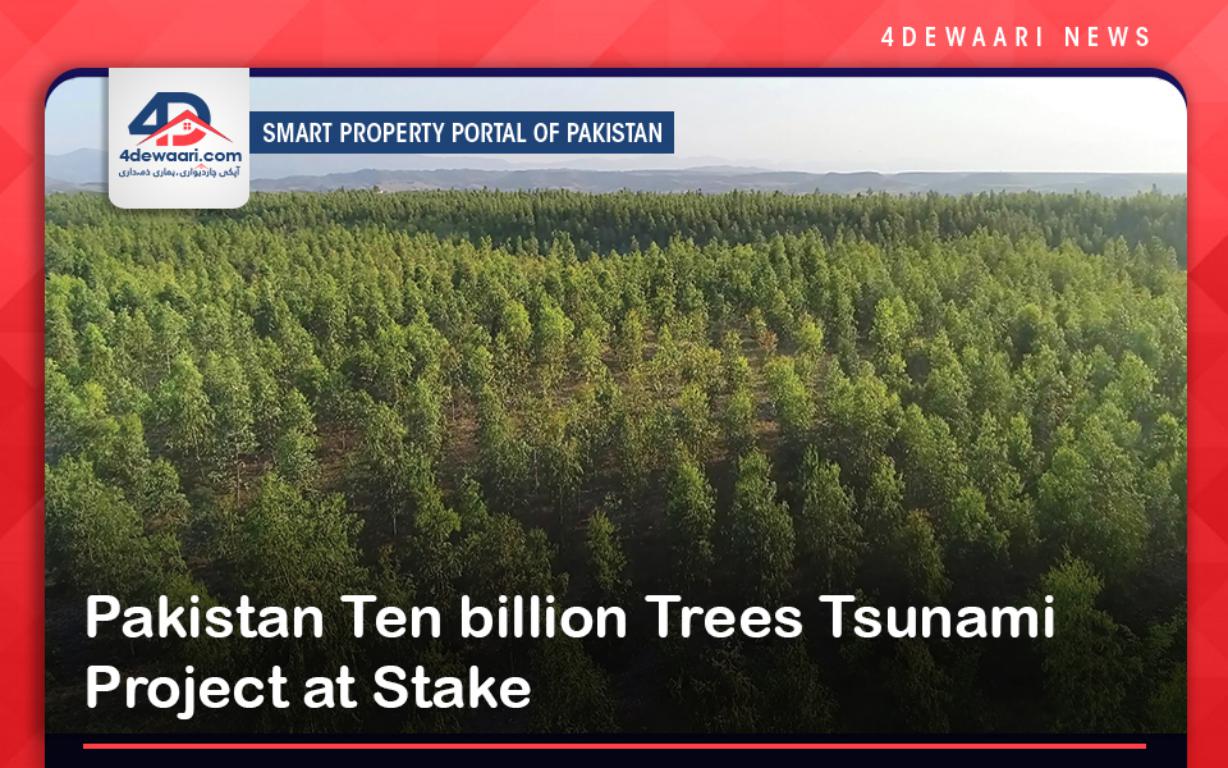 The official of the ministry of climate change and other concerned departments have expressed their doubts that any possible change in the political government would seriously affect the ongoing ten billion Trees Tsunami Project. The official told that the current government has already spent billions of rupees on the project and the possible regime change would put the continuity of the project at stake for reasons understandable to everyone. The Climate Change Ministry and concerned departments have so far planted more than 1 billion trees and they have a plan of planting up to three billion trees by the end of the year 2023. The program is aimed at protecting the natural environment of the country and ensuring a green Pakistan for the coming generations.

The officials of the ministry told that the total cost of the Ten Billion Tree Tsunami Project is $ 2.5 billion which was mainly expected to be funded by international organizations with some of them financed by federal and provincial governments. The official said that the ministry of climate change has demanded of the federal government to allocate Rs 25 billion for the project in the upcoming fiscal year, He said, “We have already invested billions of rupees on this project. The ministry has also sought some Rs25 billion for tree plantation and national parks in the upcoming fiscal budget.”

As per data shared by the officials of the concerned department of the federal government the total forest component amount in the PSDP is around Rs 109 billion and the allocation for the wildlife component from 2019 to 2023 amounts to Rs 15.60 billion. However only Rs 7.5 billion were released during 2019-20 against the Rs 15.6 billion demanded the project. Similarly, the required amount was cut down by 78% during 2020-21 owing to the corona crises in the country, and only Rs 4.9 Billion were released again the Rs 23 billion demanded.

Before the political crises surged up the officials of the concerned departments were hopeful that since corona-related issues are over and the economy is on the way back to track so a handsome amount would be allocated in the upcoming budget for the revival of forestation and preservation of wildlife in the country. It is pertinent to mention here that the incumbent government has been very keen on the protection and preservation of the natural resources of the country. The government has paid special attention to providing the masses with a neat and clean environment, protecting and preserving wildlife in the country. The government believes that it would not only help in maintaining the echo system in the country but also promote tourism for the economic uplift of the country.