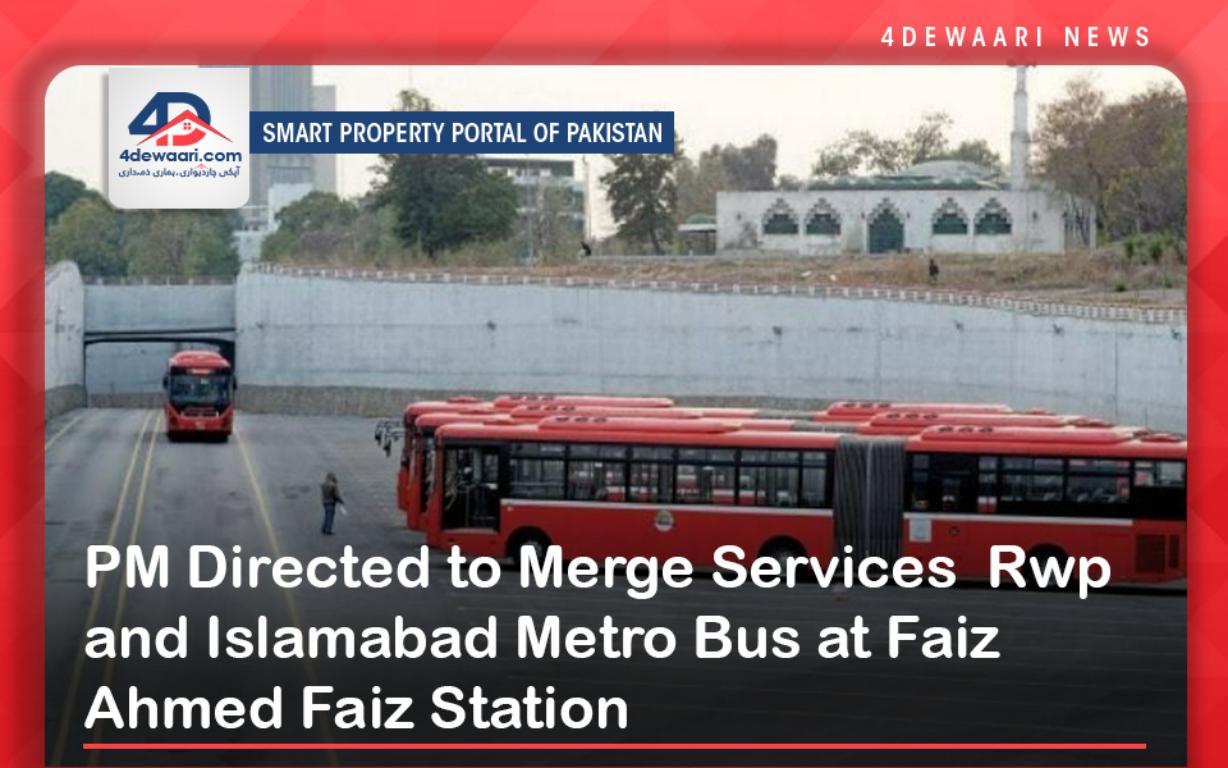 Islamabad: On the special directives of the PM Shahbaz Sharif the CDA has expedited the work on the construction of a bay at Faiz Ahmed Faiz Station near Islamabad Excise and Taxation and HEC office in Islamabad. The Faiz Ahmed Faiz Station would be a junction for Rawalpindi-Islamabad Metro Bus Service and Peshawer Mor New Airport Metro Bus Service. PM office notification issued to Metro Bus Authority for the merger of two services at Faiz Ahmed Faiz Station said that now the passengers from Secretariat and  Sadder Rawalpindi can also travel to Peshawer Mor and New Islamabad Airport. The Capital Development Authority (CDA) is on its way to completing the Bay project by Sunday, 24th of April this month. The PM office brief also claimed to start on Monday both the services would be merged.

The Peshawar Mor- New Airport Service inaugurated by the PM on Monday was a project of the Nawaz Sharif Government initiated in 2017 and was to be completed within a year but due to a change of regime its construction lingered on and even today some of the technical issues are to be addressed. The CDA official told that around 8000 to 9000 passengers are commuting through metro bus service daily and the number is increasing on daily basis. Currently, 11 buses are on the roads from Peshawar Mor to Chungi no.26 while four buses are operating from Peshawer Mor to New Islamabad Airport. The 25.6 Km, Peshawar Morr to New  Islamabad  International Airport Bus service mainly has 9 bus stops namely G-10 Station, NUST Station, NHA Station, M1-M2 Junction Station, GT Road Station, G-1 Station, Badana Kalan Station, and Airport Station. There are 12 bridges, 26 culverts, and 11 underpasses in the metro bus project.

It is relevant to mention here that The PM has also announced another metro bus service from Faizabad to Rawal named Blue Line and a feasibility study is in progress to start the Metro Bus Service from Bhara Kahu to Peshawer Mor. The Rs 16 billion Peshawer Mor to New Airport Project was executed by the National Highway Authority (NHA) and was handed over to CDA last year on the directives of the federal government. The CDA had a plan to inaugurate the project on the 23rd Mach 2022 but the delivery of 30 buses from China could not be made possible owing to covid-19 relate restrictions. The buses from china will now arrive in May 2022. Currently, the service has been inaugurated by managing 15 buses from Rawalpindi Metro Authority on the directives of Prime Minister Shahbaz Sharif.