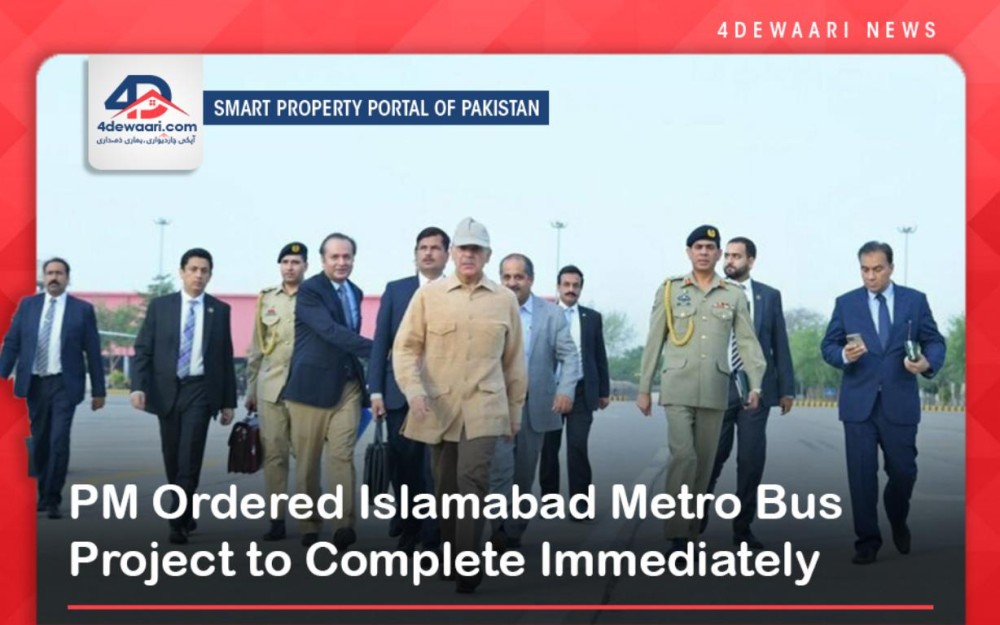 Prime Minister Shahbaz Sharif on Thursday morning reached the Peshawer Mor station of the Islamabad Metro Bus Service and ordered an inquiry into the delayed work of the much needed and long-awaited Islamabad Metro Bus Service from Peshawar Mor to New Islamabad International Airport. The Construction of the 25.6 KM long Metro Bus Track worth Rs 16 billion was initiated in 2017 by the then PML-N government. The NHA was supposed to complete the project in one year's time but after the regime change the work on the project lingered on and even its civil work could not be completed till the year 2021. The CDA took over the project last year under the direction of the federal government and started the proceedings to make the project functional but the citizens of the twin cities are still waiting desperately for the launch of the long-awaited project.

During the visit of the PM, the NHA officials and concerned personnel from the civic agency briefed the Prime Minister about the metro bus project. The premier expressed his annoyance over the delayed work and termed it sheer negligence on the part of concerned authorities. He said that after having spent around Rs 16 billion there does not seem to be a positive result on the ground. He also ordered to provide free metro services to the residents of the capital city during the holy month of Ramazan.

It is pertinent to mention here that most of the work on the construction of the Islamabad Metro Bus Project has already been completed and only command and control, ticketing, cleanliness, and station management are to be finalized. The PM was directed to complete the remaining work on the urgent ground and start the metro bus within a few days. Earlier the CDA had a plan to inaugurate the project on March 23 but the work could not be started due to a delay on the part of buses manufacturing company owing to covid-19 restrictions. However, the PM directed the concerned authorities to currently arrange buses from Rawalpindi Metro Bus Project and inaugurate the project urgently.

It is important to mention here that the daily commuters to New Islamabad Airport face a lot many problems because there is no local bus or Toyota service to New Airport from The twin cities. Hiring a taxi on daily basis is too expensive, especially for the employees of the Airport and surrounding offices. The inauguration of the Islamabad Metro Service will provide them with a sigh of relief. Moreover, it will also reduce the extra burden on the passengers on way to and coming back from the New Airport.