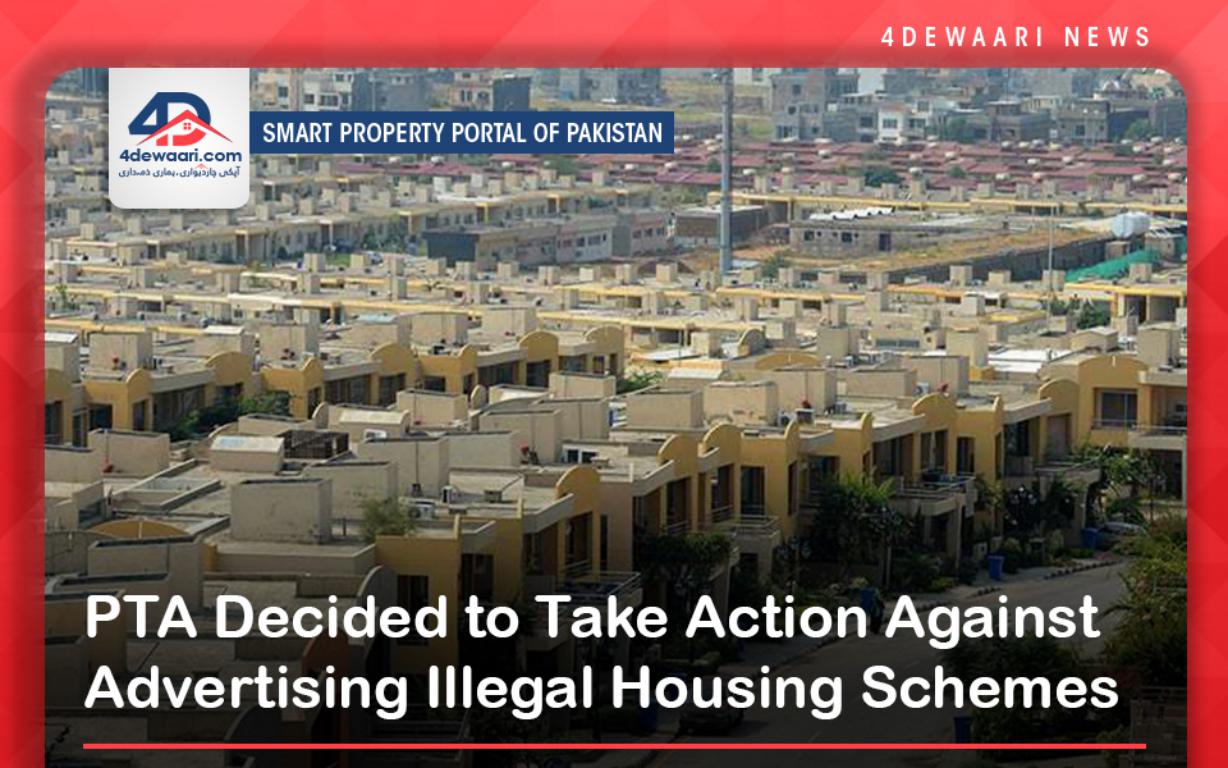 Islamabad: The Pakistan Telecommunication Authority (PTA) has decided to take legal action against the unregistered private housing societies that are using social media platforms for the advertisement of their illegal business. The decision was taken after a request received by the ministry of communication from the Lahore Development Authority (LDA) to take action against the illegal housing societies as per rules and regulations. The Lahore High Court (LHC) in a decision on March 30, 2022, has already issued a direction to PTA with regard to controlling advertisements of illegal housing schemes on social media.

A statement issued by the PTA in this regard says that legal action would be taken against those propagating their illegal business on social media, it states, “All such housing societies, operating without proper NOC of the concerned quarters, are advised to refrain from advertising the illegitimate business on social media platforms, else the authority will initiate action as per its mandate under the law.” It is relevant to mention here that the LDA has not mentioned any details of the illegal housing societies so as to enable the innocent people to check the list of the illegal societies before investing their hard-earned money in the real estate business.

It is pertinent to mention here that over the past few years the major cities Like Lahore Rawalpindi and Islamabad have experienced a mushrooming growth of housing societies and real estate entities. Before LDA the Rawalpindi District Administration had also approached the Ministry of Communication to ban the entry and exit points of Motorways to private housing schemes. As per data available with Rawalpindi District Administration, there are as many as 318 illegal housing societies operating in Rawalpindi, 98 in Attock, and 12 in district Chakwal. These housing societies will remain illegal for many years to come. The innocent citizens who have purchased millions of files will have to wait for decades to get possession of their property. The unchecked growth of housing societies is not only removing the green areas from the cities but unplanned housing is also adding immense pressure on the smooth flow of traffic on the roads.