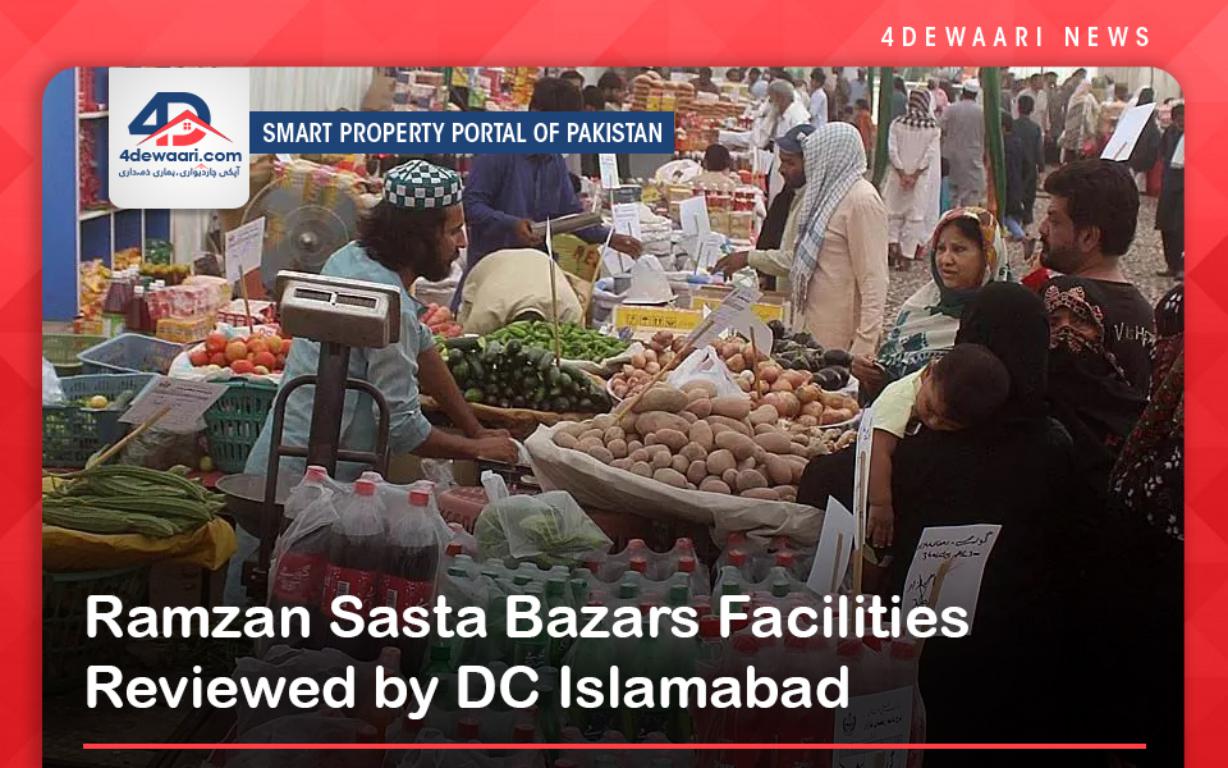 Islamabad: On Wednesday, Deputy Commissioner Islamabad Hamza Shafqat visited different Sasta Bazars of the capital city and reviewed the progress of the ongoing facilities provided to the people in Sasta Ramzan Bazars of the capital city. The DC directed the concerned authorities to take all possible measures to facilitate the masses in the best possible manner. He was accompanied by the officials of all concerned departments. The CDA Directorate of Municipal Corporation (DMA) has already set up five Sasta Bazars in various sectors of Islamabad.

The DC who also holds the charge of Administrator DMA has expressed satisfaction over the facilities provided to the masses in the Sasta Bazars. He was impressed by the low prices and quality of goods and services offered in the Sasta Bazar. The DC Islamabad urged the people to visit the Sasta Bazars and buy vegetables, fruits, and other necessities at controlled prices. He also directed the concerned officials to make preparations so that the necessities of food and edibles should be provided to the people throughout the week.

AS per details, the civic agency has set up Sasta Bazars in Sectors I-9, H-9, G-10, G-7, and G-6. The edible goods and commodities are being sold at much cheaper rates as compared to the market rates. DMA director Shakeel Arshad told that vegetables, fruits, and other edibles are available in adequate amount and at reasonable prices in the Sasta Bazars. The DMA has also deputed teams to ensure quality and prices and strict action is taken against violators. The director of DMA added, “The main purpose of bazaars is to ensure availability of essential kitchen items to the general public at controlled rates during the holy month of Ramazan,”. He also informed that stalls of utility stores would also be established in Sasta Bazars. The Secretaries of all union councils have been directed to maintain the demand and supply mechanism in the Sasta Bazars.