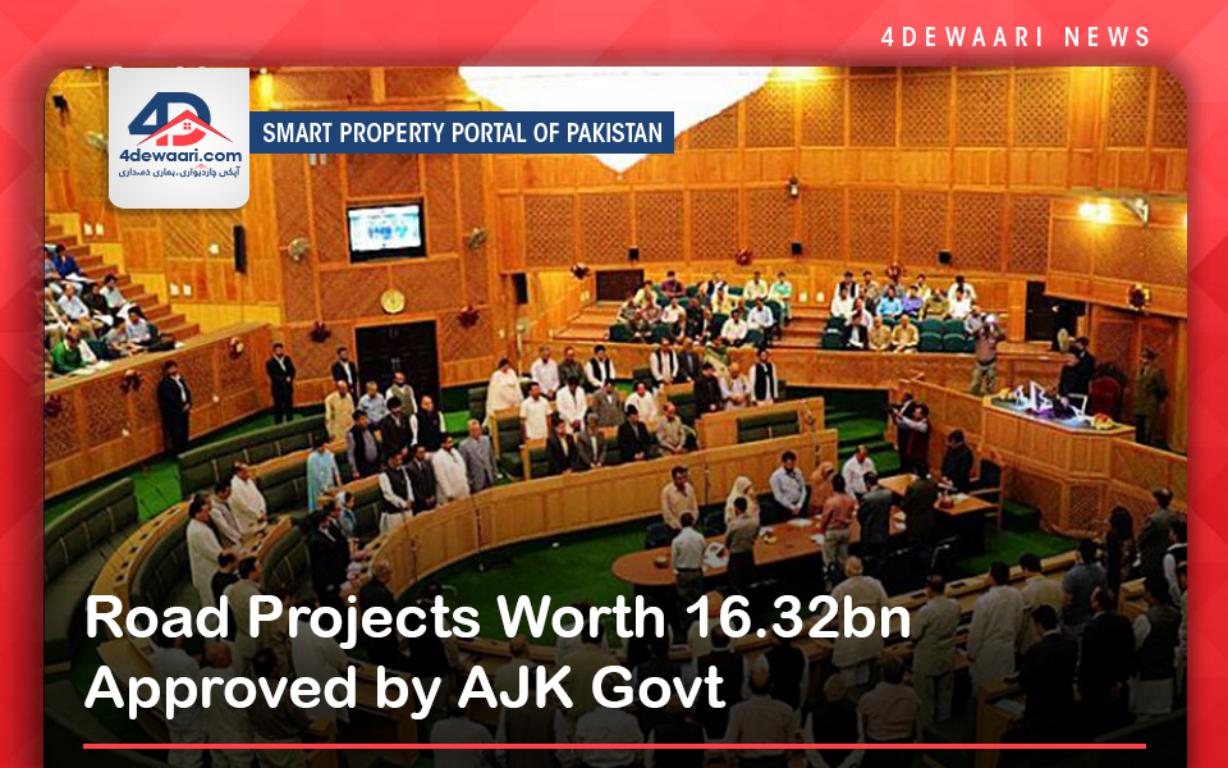 Muzaffarabad: The Azad Jammu Kashmir (AJK )Cabinet Development Committee (CDC) has approved 33 road projects amounting to more than Rs 16 billion in various districts of AJK. According to the official handout a review meeting regarding 620 kilometers long roads was presided over by Prime Minister Sardar Tanvir Ilyas. The roads are being constructed under the Kashmir Development Package. The roads will be constructed in all ten districts of the Kashmir Valley.

As per details, the 220  kilometers of roads were approved for the Southern districts of the Valley. These districts include Bhimber, Kotli, and Mir Pur while the 400 km roads will be constructed in the Nothern districts namely Muzaffarabad, Neelum valley, Jhelum Valley, Bagh, Haveli, Poonch, and Sudhnoti. The CDC Committee also approved 30 km roads in LA-3 and LA-4 of Mir Pur District and an 18 Km road from Chattar Klass to Danna Muzaffarabad district.

Speaking on the occasion the PM Azad Kashmir Sardar Ilyas directed the concerned authorities to complete the road projects within the stipulated time. He said that there would be no compromise whatsoever over the quality and standard of the projects. He said he wanted the projects completed “without an iota of compromise on standard and quality of the arteries.” He also stressed the need for the plantation of trees on either side of the road projects to the prevention of land sliding and that the tourism department may also be taken in confidence in this connection so as to design the road projects in such a way to attract the maximum number of tourists. The PM The prime minister said weighing scales should also be installed on all main highways so that overloaded vehicles did not damage them. He assured the third-party evaluation of the road projects to ensure that the roads are constructed in accordance with the laid down specifications.