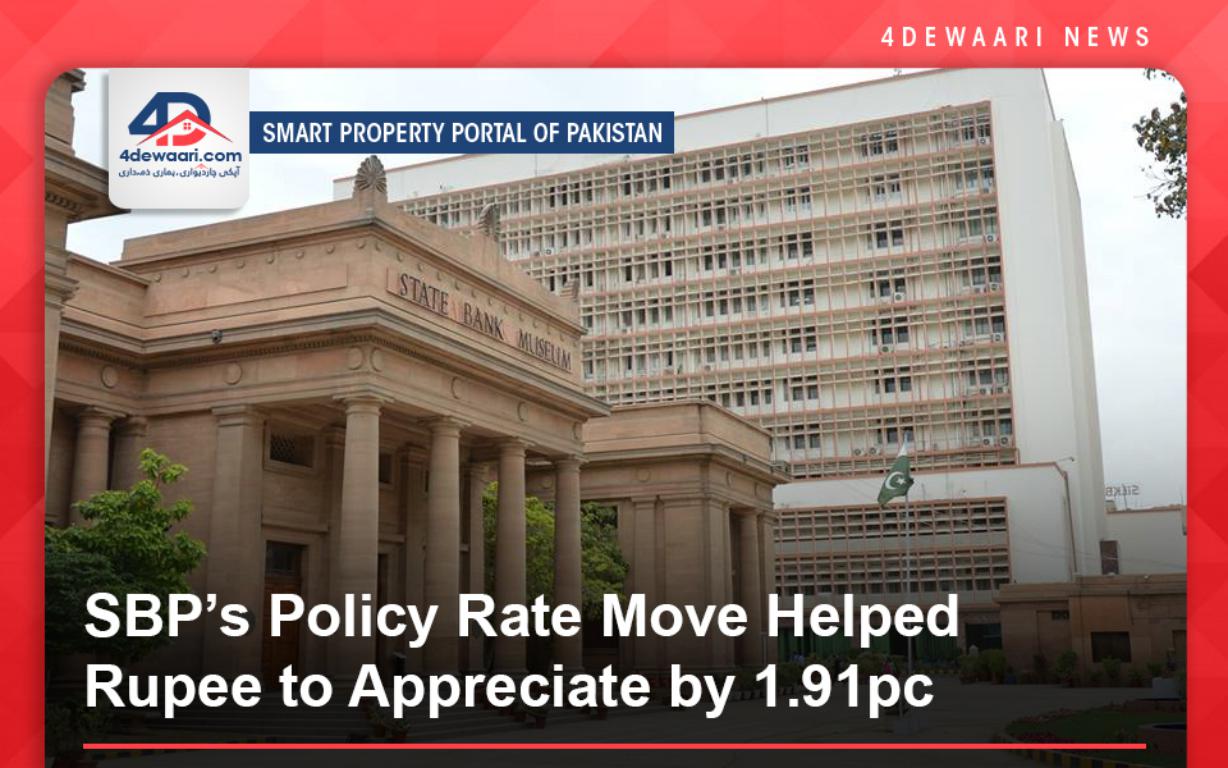 Karachi: After the central bank of Pakistan Jacked up the policy rate to 12.25 percent on Thursday, the Pak Rupee has gained strength against the US Dollars and appreciated by 1.91 percent in the interbank market. At the end of the day, the Pak Rupee was quoted at 184.68 compared to188.18 on Thursday. The appreciation of the Pak Rupee by Rs 3.5 against the US Dollar was the biggest gain in the last two years. In the open market, Rupee closed at 188 per dollar as compared to the previous close at 190.5. The experts believe that a tight monetary policy coupled with the Supreme Court decision for restoration of political stability would help a great deal in improving the current outlook of the economy.

The central bank on Thursday jacked up the policy rate by 250 basis points to Rs 12.25 percent in the wake of increasing pressure on inflation, rupee, and current account. The SBP has also imposed 100 pc cash margins on 177 import items and also raised the interest on the export refinancing scheme. The current policy measures on the part of the central bank are reported to boost investors’ confidence. The weakening rupee, worsening external account, and persistent double-digit inflation had really jolted the whole structure of the Pak economy. The current move of the SBP will also help in the stabilization of the exchange rate.

It is pertinent to mention here that since January to date, the Pak rupee has depreciated by 6.2 percent against the USD. Moreover, heightening political uncertainty in the country has recently resulted in a 5 percent depreciation in Pak Rupee. The postponement of IMF loans has further put pressure on the local currency. Repayment of Chinese debt and an increasing current account deficit have contributed fully to bringing the forex reserves of Pakistan to as low as $11.139 billion on April 1, 2022, compared to a record high at $ 20 billion in August 2021.

The investors are keeping a close eye as to whether the new government would come up with the policies to tackle the current economic issues facing the country. A report by Arif Habib Limited said, “We believe a key sentiment driver for the market will be immediate policy formation by the new government. The primary focus should be on exports and stability in the external position, For this reason, the new government should have dedicated targets for exports. The IT sector, while already thriving, should further be explored. Whereas value-added textile exports should also be encouraged,”. The report also expected the new government would allow the currency to remain at its market-determined level.

CM Sindh Approved Changes in A...

Hundreds of Trees Being Felled...