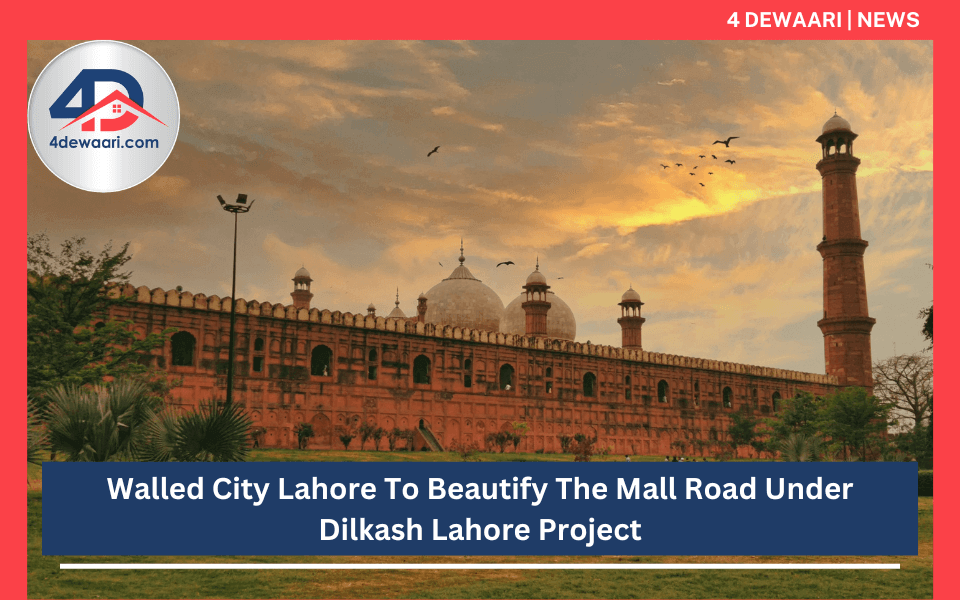 As part of the Dilkash Lahore project, the Walled City Lahore Authority (WCLA) has started work on rebuilding and beautifying Mall Road, according to news reports on December 2.

The road between Charring-Cross and Old Tollinton Market will be restructured and improved as part of the PKR 487.7 million projects. In the first stage of the project, public meeting spaces, public seating areas, electric lighting, as well as traditional activities, will be developed. Billboards, directional signs, and historical plaques will also be installed in various places.

The initiative, according to WCLA Director General Kamran Lashari, will significantly improve the visitor experience in Lahore and draw more visitors to the city. Mall Road has always been the beating heart of Lahore, he claimed, and this cannot be emphasized enough. This is the reason WCLA has chosen to invest a sizable sum of money in the project.

It is relevant to mention here that the WCLA is responsible for maintaining and conserving the city's historic and culturally significant buildings and monuments. The historic Lahore Fort will be restored to its splendid past while vulnerable areas are preserved, according to a recent agreement between the WCLA and the French government.