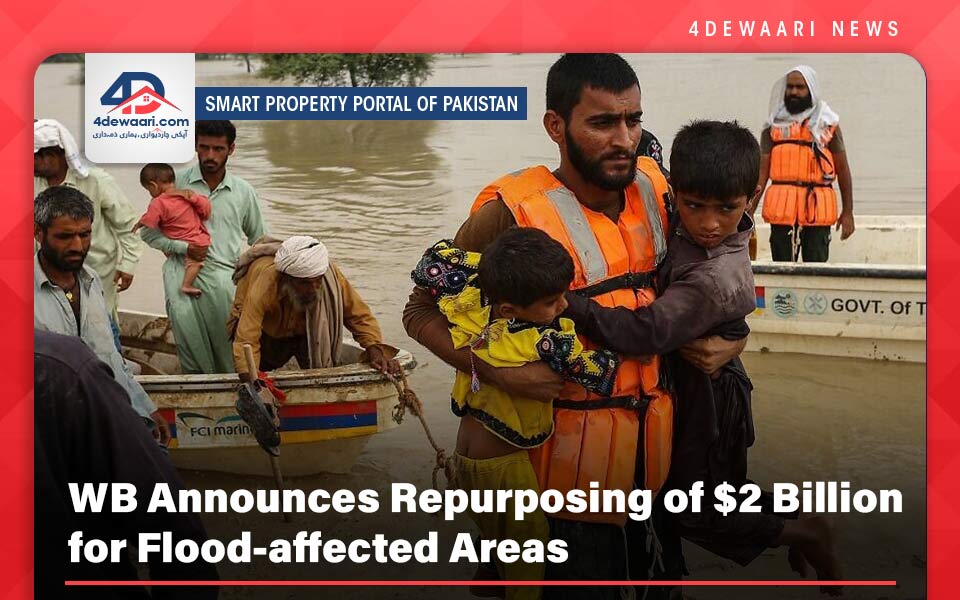 Islamabad: The World Bank Vice President for the South Asian Region, Martin Raiser, reaffirmed the commitment of the WB to supporting the victims of the devastating flood. During his first ever visit Pakistan, he announced the repurposing of USD 2bn from the existing resource envelope for the flood-affected areas of the country. He said, “We are deeply saddened by the loss of lives and livelihoods due to the devastating floods and we are working with the federal and provincial governments to provide immediate relief to those who are most affected.”

CM Punjab Announced Cash for Flood Affectees
During his visit, Mr. Raiser had meetings with Minister of Finance and Revenue Miftah Ismail, Minister for Economic Affairs Ayaz Sadiq, Chairman NDMA, and the governor of the State Bank of Pakistan. In his meeting, he discussed in detail the pros and corn of the support of the WB for the flood-affected areas of Pakistan. Raiser admitted that Pakistan was among the top 10 countries in the world which are the most affected by climate change. He also praised the efforts of the government for the socio-economic development of the country.
He said that the WB is going to repurpose funds from the existing WB-funded projects to support the urgent needs of the flood-affected people. He said, “As an immediate response, we are repurposing funds from existing World Bank-financed projects to support urgent needs in health, food, shelter, rehabilitation, and cash transfers. In addition to this, we are working with the federal and provincial authorities to prepare emergency operations to quickly start the reconstruction and rehabilitation to rebuild or repair infrastructure, and housing, restore livelihoods and help strengthen Pakistan’s resilience to climate-related risks. We are envisaging financing of about $2 billion to that effect,”