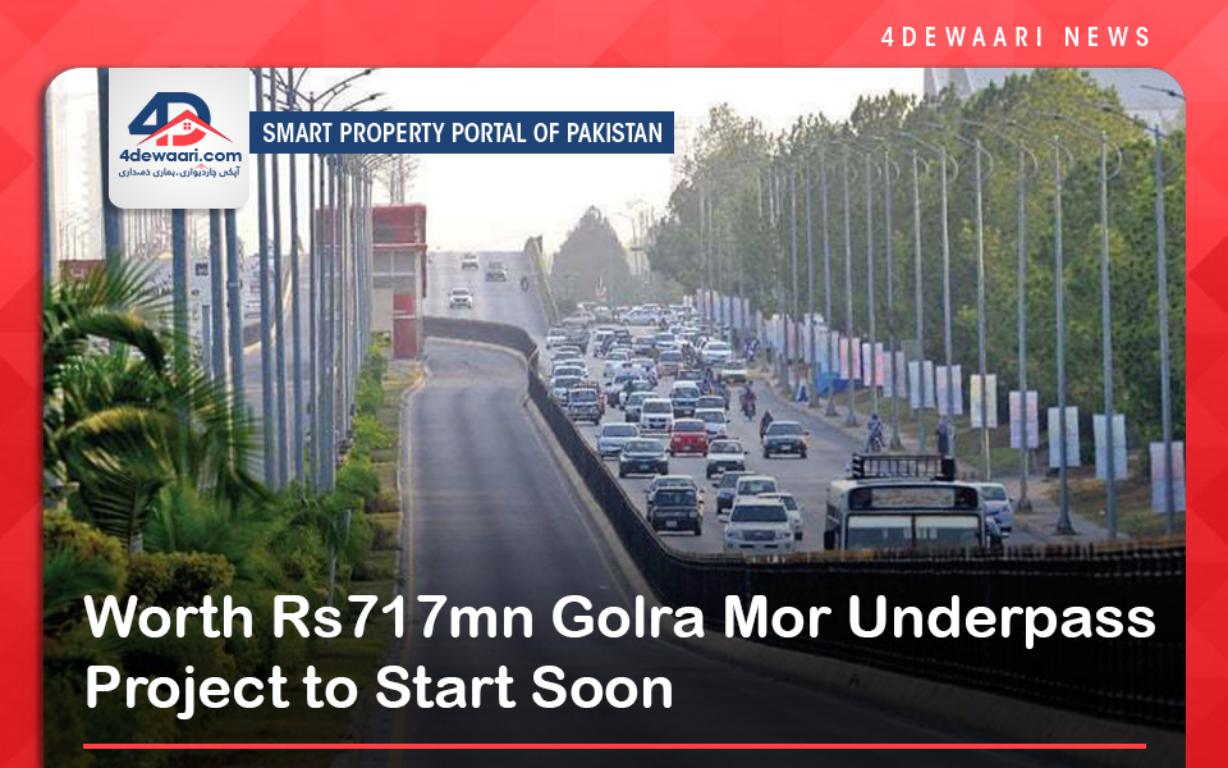 Islamabad: National Highway Authority (NHA) is all set to start the construction work of the long-awaited Golra Mor Underpass Project. The construction of the underpass would help the residents of the I-Series sectors of the CDA to have direct access to the main GT road. An official of the NHA told APP that the procurement of the Rs 717 million project has been completed and the contract of the project has already been awarded to the lowest bidder. The official told that the physical work of the project would start soon and it would be completed in a year's time. The CDA sectors I-14, I-15, and I-16 would be the main beneficiaries of the Project.

5000 Allottees of i-15 to Get Possession Soon CDA Declared

The I-series sectors were conceived by the CDA for the low-income segment of society but the sectors have remained neglected by the civic agency for the past many years. It was informed that besides giving direct access to I-series sectors the completion of the project would also ensure a smooth flow of traffic on the otherwise very congested Golra Mor Chowk. The official told that around 125,000 vehicles enter the Golra Mor Chowk every day and that the congestion of traffic, long queues of vehicles, and regular incidents of accidents have been seen over the past few years. So the construction of the underpass would resolve these outstanding issues that have continuously disturbed the commuters for quite some time.

It is worth mentioning here that the incumbent administration of the Capital Development Authority (CDA) has recently started to speed up the construction work on the sectors of I- series but the main link to the sectors from the main city will be provided by the Golra Morr underpass.I-15 sector that was meant exclusively for the low-income segment of the society will be among the major beneficiaries of the project. Over the past many years, there has been repeated negligence on the part of the civic agency administration regarding the development of the sectors of the I series which were specially designed for the Low-income segment. Completion of the Golra Morr Underpass Project would further boost the efforts of the incumbent Administration of the civic agency in bringing the neglected sectors into the mainstream. The CDA administration is also taking up some other vital projects in the capital city to minimize the worries and woes of the residents. The other important projects include the 7th Avenue Project, the Expansion of IJP Road, and the 10th Avenue project, Margallah Road, Bhara Kahu interchange, PWD interchange, and Rawal Dam Chowk Project.