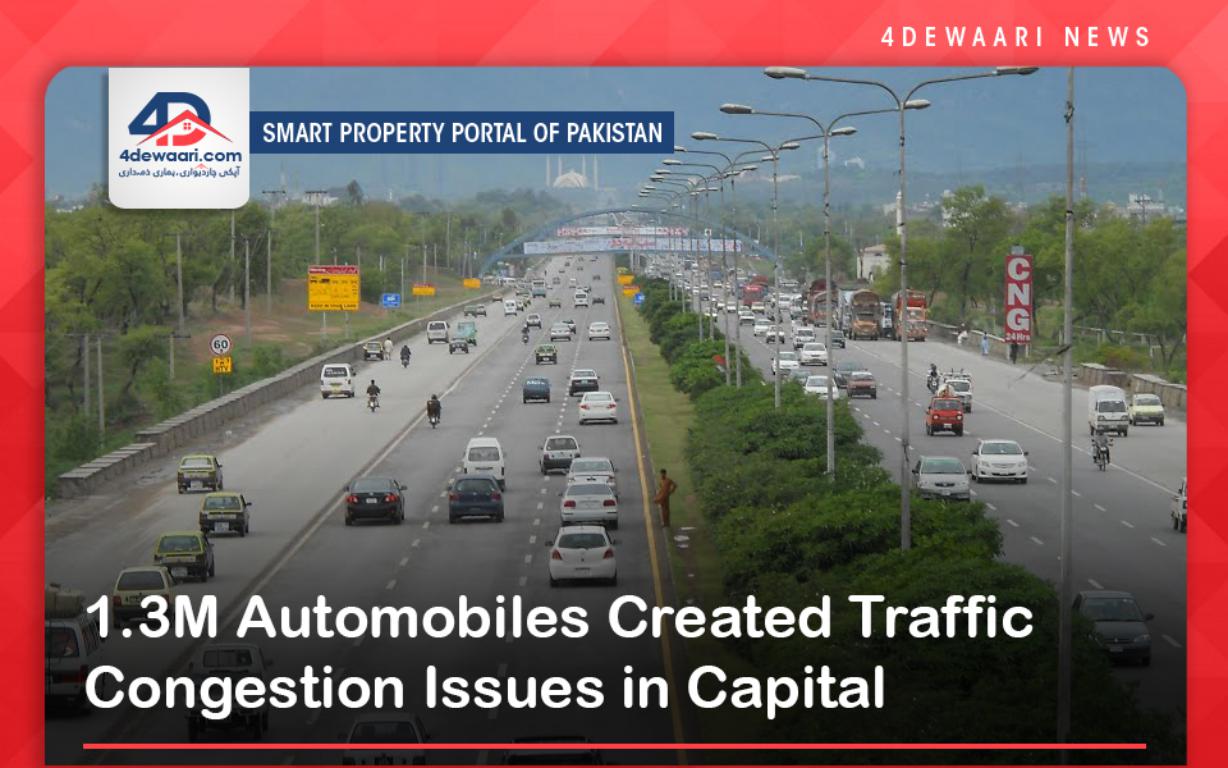 Islamabad: According to the latest information provided by the office of the Deputy Commissioner Islamabad there are as many as 1.3 million registered vehicles in the federal capital which Created Traffic Congestion Issues in the Capital city. The Capital which is reported to have a total population of around 2.6 million has seen an unprecedented increase in the registration of vehicles. As per the statistics of the DC office around two to three thousand vehicles are being registered on the daily basis. The ever-increasing trend in the capital city is going to increase rapidly in the coming years which if not checked would bring serious harm to the lush green capital.

Islamabad is one of the most beautiful capitals of the world but its natural beauty is being adversely affected by the ever-increasing flow of traffic in the city. The emission of carbon by unchecked vehicles is the main source of environmental changes in the capital city. It is also reported that some of the busiest roads like Murree Road, IJP Road, and Islamabad Expressway are the main source of the heavy flow of traffic to the capital city. The civic agency and ICT administration have already taken various steps to manage traffic in Islamabad to provide a neat and clean environment for its residents.

The development work on Islamabad Expressway, IJP Road, G-6, G-7 interchange, Bhara Kahu Interchange, PWD Interchange, Rawal Dam Underpass, 8th Avenue Project is some of the major projects to ease the flow of traffic. These projects are expected to be completed in the next one and a half years. Similarly, the government is also planning some of the mass transit projects like the Orange Bus Service, Islamabad to New Airport Metro Bus Service and a special Bus Service for Women is also in the pipeline. The Orange Bus service routes namely, Swan Interchange to Faisal Masjid, another one from Bhara Kahu to Faiz Ahmed Faiz Metro Station on 9th Avenue, and the third one from Tarnol Railway Station to N-5 Metro Bus Station. The capital administration is also planning to promote bicycle culture in the capital and special lanes will be inaugurated for bicycles on the different roads of the capital.

The mass transit system and other steps are reported to significantly reduce the number of vehicles and help protect the natural environment of the capital city to a great extent.