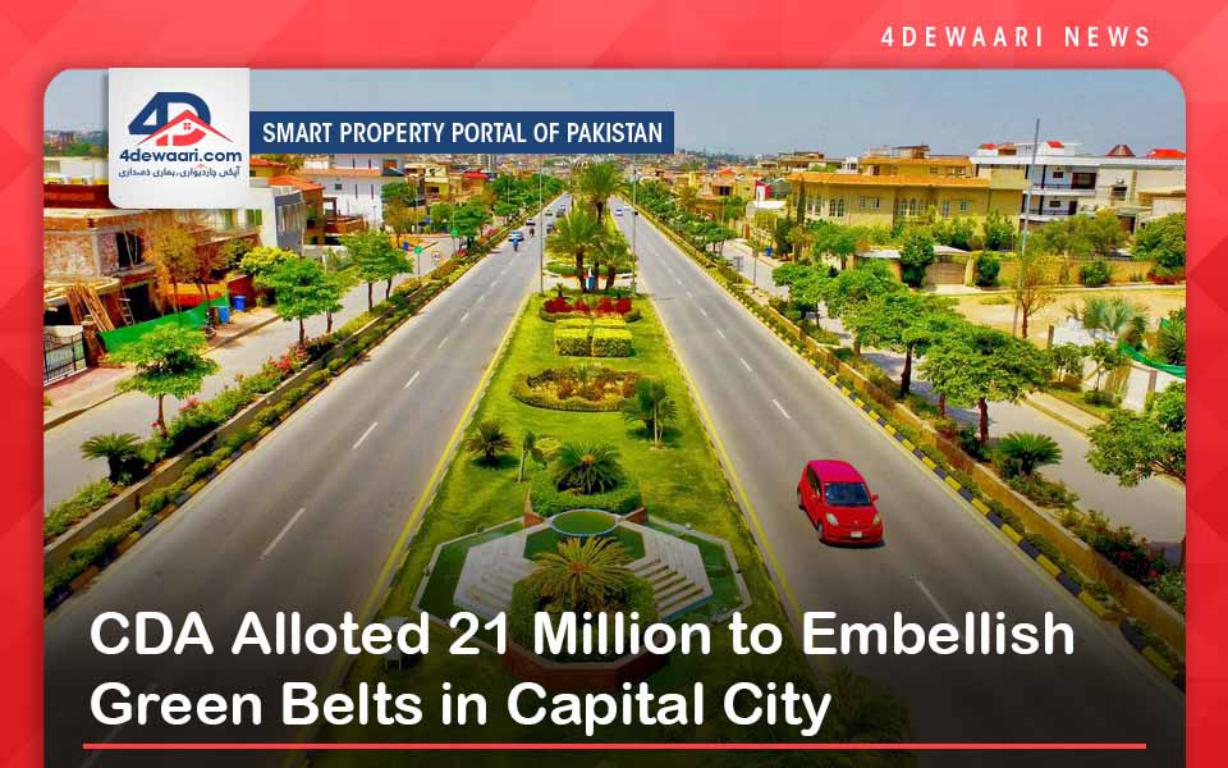 Islamabad: The Capital Development Authority (CDA) has decided to spend Rs 21 million for the beautification and preservation of green belts mainly in the I-8 Sector and H-8 Sector of the capital city. In this regard, the civic agency would soon float tenders in newspapers. The spokesman of the civic agency told that the CDA has already taken various steps for the improvement and beautification of the capital city. The City managers would start beautification work of green belts in Sectors I-8/2 and H-8/4. The green belts would be decorated with landscaping, natural stonewalls, allied works, and other materials which would not only beautify the two sectors but also prevent them from different types of encroachments.

The spokesman of the CDA told that the civic agency is doing its utmost for the protection and preservation of green belts. He further added that the enforcement teams of the civic agency are taking serious action against encroachments and illegal settlements in the capital area. The teams are demolishing illegal car parking, buildings material depos and another type of encroachments in the green belts in the different sectors of the capital city. The ICT administration, Capital police, and concerned departments are fully participating in the anti-encroachment derive, the spokesman added.

It is pertinent to mention here that the city administration is working round the clock to make the capital city one of the best places to live and enjoy. the incumbent administration of the CDA led by its visionary chairman Aamir Ali Ahmed has been working round the clock to ensure the maximum possible facilities for the residents of the city. In this regard, mega-development projects are being carried out through the heavy amount received by the civic agency by selling commercial and industrial plots in the city. These projects include the development of stalled sectors like I-12, I-14, and I-15. Similarly a lot many projects of roads like the Expansion of  IJP Road and Islamabad Expressway road, underpasses and Bridges at PWD, Bharakahu, Rawal Dam Chowk, &th Avenue and 10th Avenue Projects.  The CDA is allocating more than Rs 300 billion for the development of the capital city in the next fiscal year. The civic agency is trying its utmost to provide facilities like parks, libraries, sitting and recreational places, and a reasonable lifestyle to the residents of the city. The Current plantation derives and now the initiative of green belts is the main source of beautification of the capital city.