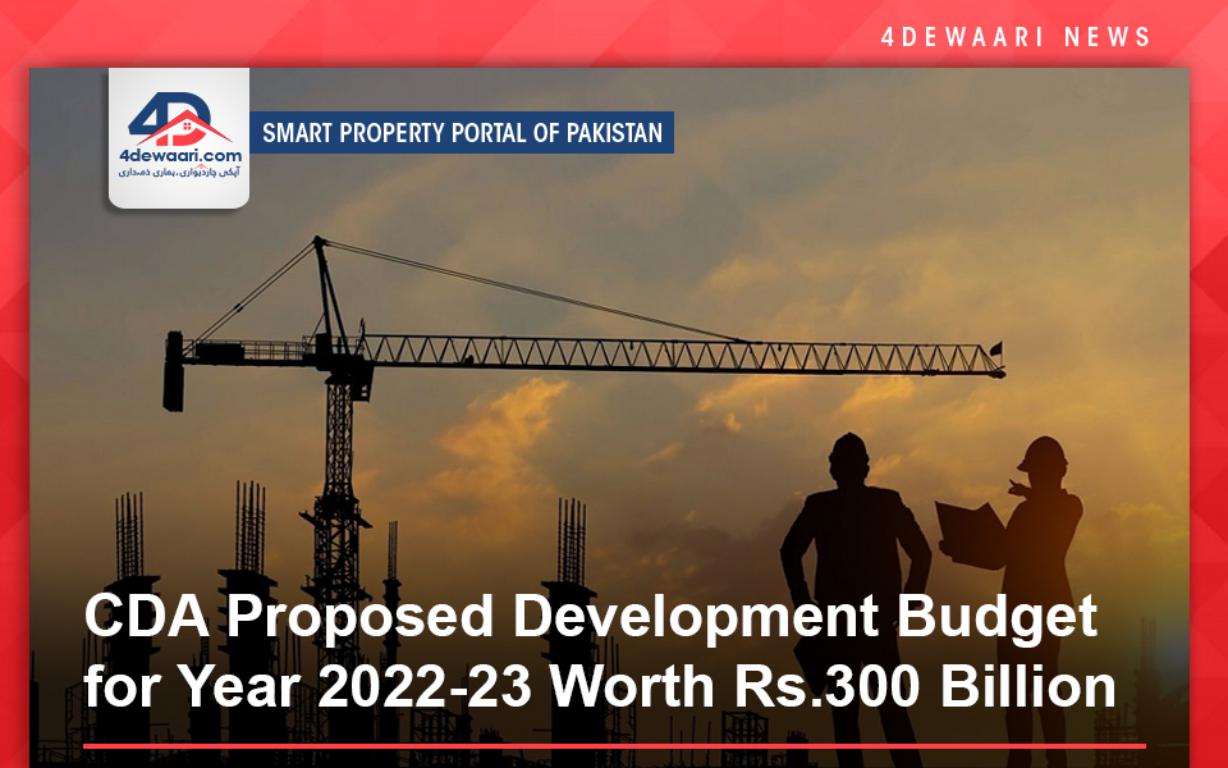 Islamabad: The Capital Development Authority (CDA) board met on Thursday with its Chairman Aamer Ali Ahmed in the chair. It was informed that the civic agency is going to announce a record Rs 308 billion Budget for the fiscal year 2022-23. This unprecedented increase in the expected budget of the CDA is believed to be mainly dependent on the proposed real estate development Scheme like Overseas Enclave Project and Apartment Schemes in E-11. It will be the first time in the history of CDA that the estimated budget would be dependent on revenue generation rather than the usual auctions. The CDA authorities also decided to launch projects which should pay back the residents, one example of that is going to be a free bus service for women in the capital.

The CDA member told the chair that the civic agency is expecting a huge revenue from its revenue-generating projects which is the main factor behind this heavy increase in its fiscal year budget of more than Rs300 billion. The federal government has already decided to launch two mega housing projects in the capital city. The Overseas Enclave Project and the Apartment Schemes will help a great deal to the civic agency to enhance revenue generation and hence an unprecedented increase in the annual budget of the civic agency.

The CDA spokesperson told that usually there is an impression that the CDA budget is always reliant on auctions rather than revenue generation but this is for the first time that the civic agency is announcing a surplus budget that is not based on auction receipts. A statement issued by the CDA authorities after the meeting said,” Auctions have only been proposed to maintain a constant supply of commercial space in the city. However, this is the first time in the history of CDA that a statement of income and receipts are not reliant on auctions. Traditionally, it has often been saying CDA sells plots and pays salaries. However, for the first time, the trend is being changed.”

It is pertinent to mention here that over the past few years, the incumbent administration of the CDA has taken numerous steps for the improvement of the capital city to provide its residents with the best possible services. The resumption of development work in the long-awaited sectors, development of main roads and bridges and interchanges like Islamabad Expressway, IJP Road, &th Avenue and 10th Avenue, Bahra Kahu Interchange, Bus Service Projects, development and renovation of parks and public places, and New Master Plan of the capital city,  Housing Projects have really given a new shape to the lifestyle of the capital city. Now CDA is also working on a major policy change regarding the “structural adjustment of the master plan in sectors west of Grand Trunk Road, Islamabad.”