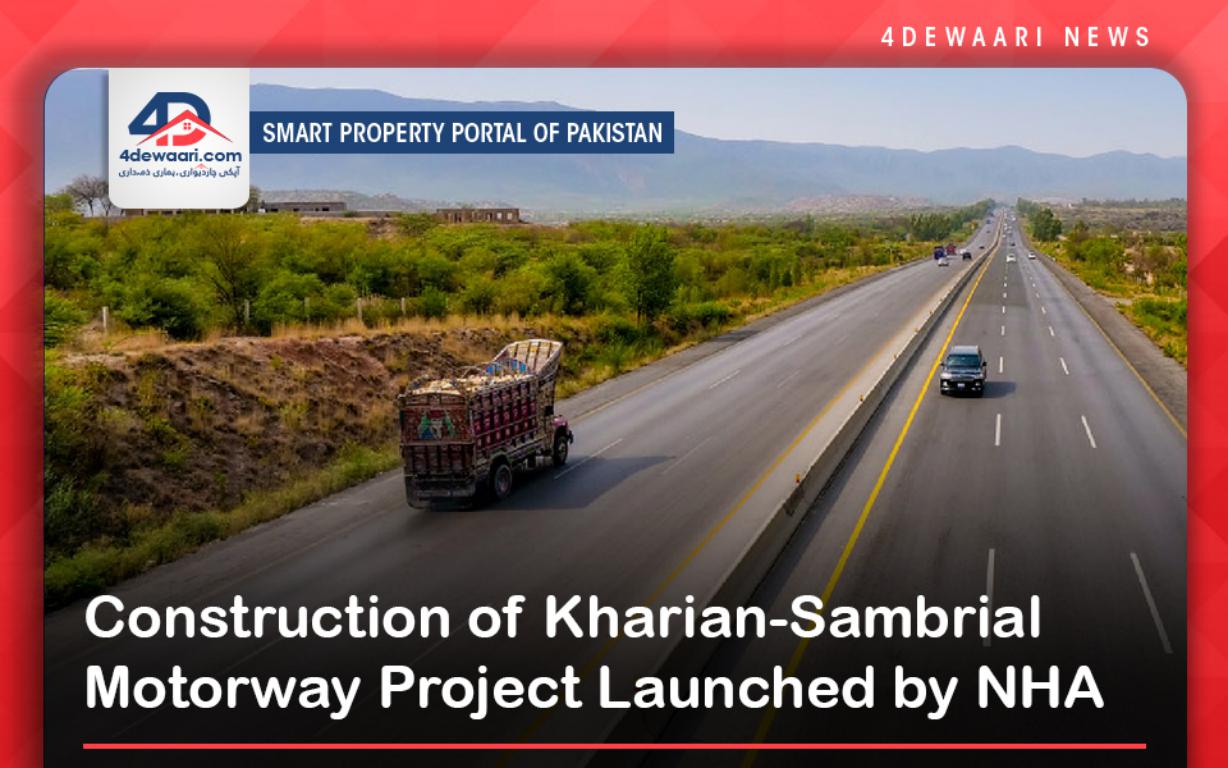 Gujrat: The National Highway Authority (NHA) has started construction work on the Kharian Sambrial Motorway. The project is basically an extension of the Lahore Sialkot motorway. The Rs42 billion project has been started at the junction point near Kharian on GT Road. The machinery has already been moved and the contractor firm, as well as NHA, have set up their respective camps on the site. The 69-kilometer-long Kharian-Sambrial motorway being executed on a built-operate-transfer (BOT) system through a public-private partnership, will be completed within a stipulated time of two years.

An official of the NHA told that the original motorway design is six lanes, but this project has been reduced to four lanes. The official added that the main motorway is 60km long, while a 9km-long portion of the four-lane link road will be built to connect M-11 with the GT Road at Bismillah Chowk, Kharian. The project includes five interchanges and a service area. Moreover, a one-kilometer-long bridge over the River Chenab will also be built to link Sialkot and Gujrat.

The official further added that the federal government provided the land worth  Rs13 billion, and for the project, the Frontier Works Organisation (FWO) will bear the cost of construction. He also informed that the M-11 will be expanded up to Islamabad after the completion of the Kharian-Sambrial section and it would become the shortest route between Lahore and Islamabad. It is however relevant to mention here that the Kharian-Islamabad motorway project has already been approved. The project, once completed, will help reduce the traffic volume on the Lahore-Islamabad GT Road.