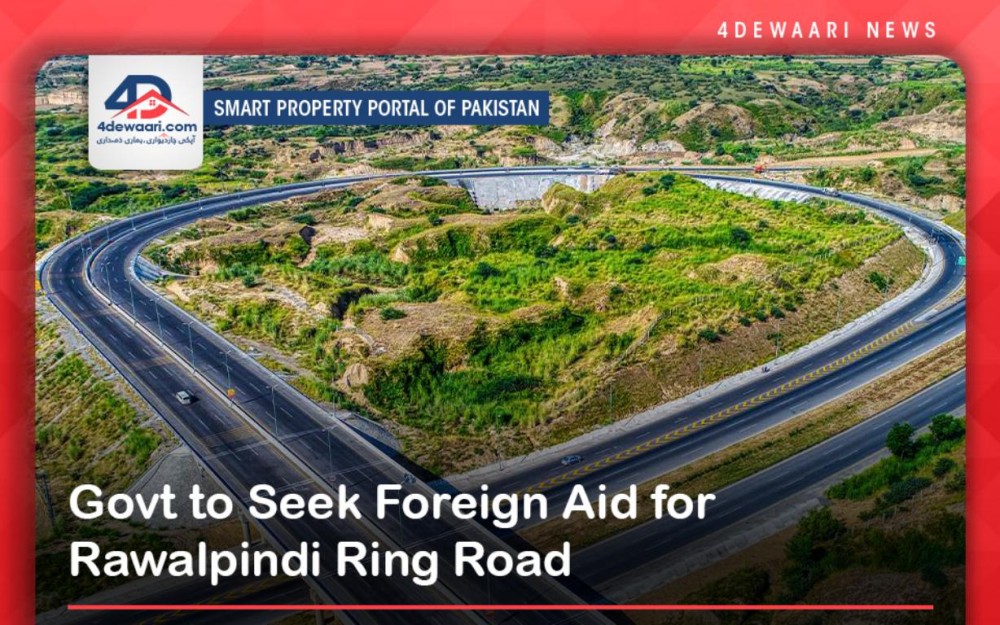 Rawalpindi: The federal government is seeking foreign Investment for the execution of the long-standing Rawalpindi Ring Road and Economic Corridor Project as the provincial govt has been unable so far to appoint a consultant to determine an optimal route for the said project. A senior official of the Planning and Development Department told that after the PM visit to Dubai the govt had decided to seek five mega development projects namely, Parco coastal refinery Phase-I oil import terminal, Kharian-Rawalpindi Motorway, Rawalpindi Ring Road, Karachi Circular Railway and Rail Connectivity of Thar Block-II with the railway network.

As per the alignment of 2021, the Rs64 billion road was 66.3 kilometers long from Radio Pakistan Rawat to Thalian and from Thalian to Sangjani. The official said, “As it is a key project, foreign investment is necessary so that they (foreigners) could build, operate and transfer it like the Lahore-Islamabad Motorway project,” On March 19, the then PM  Imran Khan inaugurated the project and awarded the contract to FWO. The RDA official told that the contract with the FWO still stands intact and the current government has not taken any decision in this regard as yet.

As per the new alignment, the Ring Road would be a 38.3-km-long controlled access road that would originate at National Highway (N-5) at Baanth, cross through Chakbeli Road, Adiala Road, Chakri Road and terminate at M-2 at Thalian Interchange. The total cost of the project under this alignment was   Rs33.7 billion - Rs27 billion for construction and Rs6.7 billion for the acquisition of land. A senior official of RDA told that there was a serious issue as to which alignment will be functional. It is also reported that foreign investors would conduct a survey on their own regarding the route and alignment. On a question, the RDA official told that the govt would soon take a decision regarding the construction of the Leh Expressway.