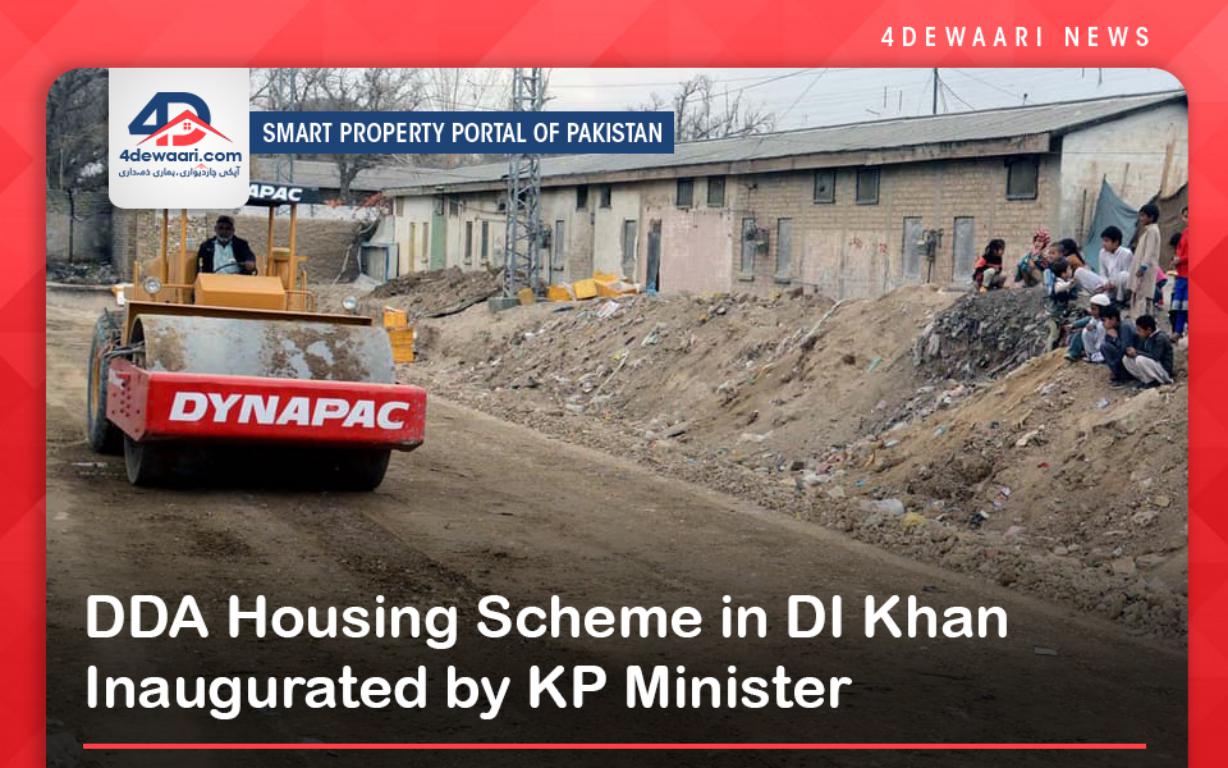 Peshawar: KP Provincial Minister for Local Government and Rural Development Ali Amin Gandapur inaugurated a mega improvement of the housing scheme Project under the Dera Development Authority (DDA). According to the handout issued here on Saturday, the minister opened the housing scheme during his visit to DI Khan. The major components of the scheme include the construction of roads, installation of an underground sewerage system, Parks, streetlights, and green belts in the mega-development housing project. The ceremony was also attended by the DC DI Khan, Project Director DDA Shah Jahan Khan, and other officials of the concerned departments.

Housing Projects To Cross Impact Of Trillions In Pakistan

Speaking on the occasion the provincial minister said that despite there being a lot many difficulties in the wake of the covid-19 scenario, the government has done a great job by promoting housing and construction in the country. He said, “In this way, the PTI-led government was also keeping up the promise of bread, cloth, and house to the people of Pakistan today, the promise that was not made by us but by the many times ruling parties in the past just to garner the votes of the people and then these rulers would come to power and forget all the promises and heat up the market of corruption to serve  their personal perks.”

It is pertinent to mention here that the PTI Government under the dynamic leadership of Prime Minister Imran Khan has paid special attention to the construction and housing activities in the country. PM Khan right after assuming the charge of premiership decided to put all possible efforts to fulfill his promise of the construction of five million houses for the low-income segment of society. In this regard, the government has provided special incentives to the ones who don’t have a house of their own. The government has already started a number of housing schemes for the poorest of the poor in different areas of the country. Ali Pur Farash Housing Scheme and Sangjani Housing Scheme is already in the final stages of their completion. The government believes that the promotion of housing and construction activities in the country will not only provide a house to the low-income group but also play an important role in the economic uplift of the country.