Federal Govt Decides to outsource Top Airports of the Country 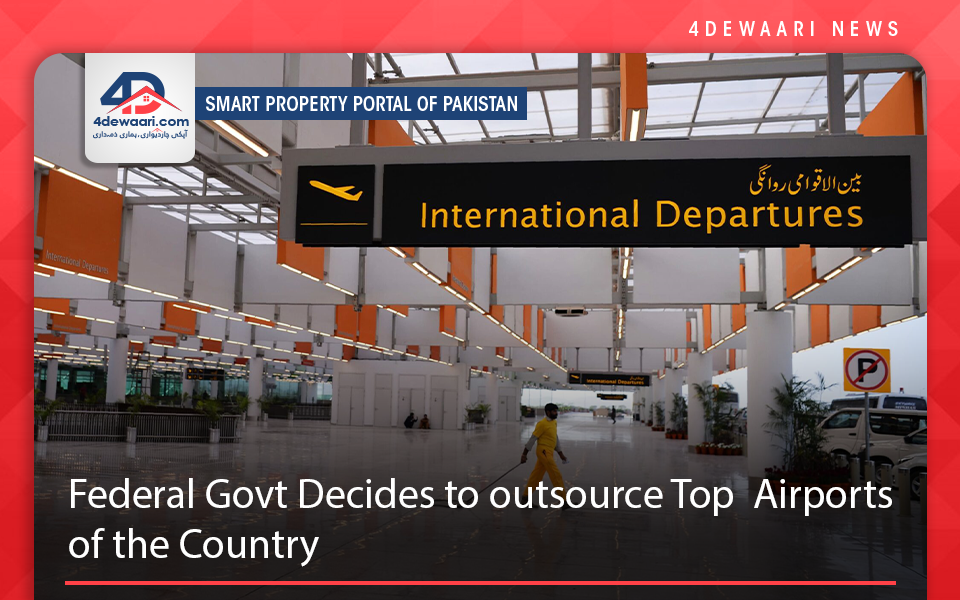 Given the fragile status of the economy, mounting fiscal deficit, and moth-eaten foreign exchange reserves, the government has decided to go for the decision of outsourcing in the days to come. It is also reported that the Indian government has also made a similar decision in the public's best interests so that the revenue from the leased airports could be utilized to upgrade the country's airport infrastructure as a whole.

It is reported by the news sources that the PDM (Pakistan Democratic Movement) government has to research India's aviation industry before lawfully transferring ownership of the country's three main airports to private firms. Outsourcing public-sector assets are required due to the fragile state of the economy, even though previous governments, including the current coalition led by the Pakistan Muslim League (Nawaz) PML (N), can be held responsible for harming the country's fiscal metric through continuously rising current expenditure.