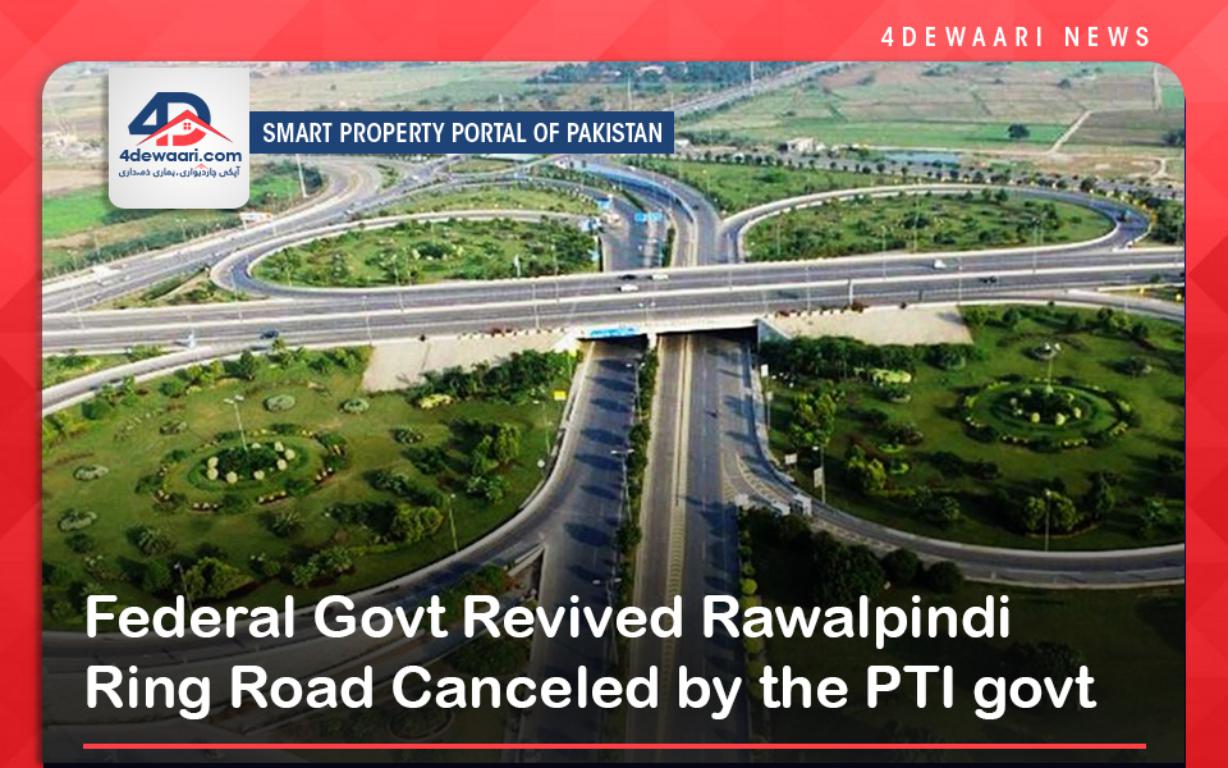 Rawalpindi: The inquiry report of the Rawalpindi Ring Road has been completed and the federal govt has directed the provincial officials to revive the old alignment which was canceled by the PTI govt in April 2021. As per the old alignment, the 66.3 km long RRR project would start from Rawalpindi Radio Pakistan to Thalian and from Thalian to Sangjani. The total cost of the project was Rs 64 billion. But after the reported massive corruption on the part of the Punjab Bureaucracy and the PTI ministers then PM Imran Khan canceled the old alignment and formed a new alignment from Rawat to Motorway measuring 38km. In March 2019, PM Khan inaugurated the project and gave the contract to Frontier Works Organization (FWO). However, the recent report of the highest level inquiry has given a clean chit to the then commissioner Rawalpindi retired Capt Mohammad Mehmood. In response to the recent report, the Establishment Division has directed the Punjab Government to revisit the project as per the old alignment in consultation with the relevant stakeholders.

The press release issued by the Establishment Division stated that on completion of the inquiry PM Shahbaz Sharif has directed the Punjab govt and planning commission to carry out a third-party validation to come up with the most suitable route for the mega Rawalpindi Ring Road Project to be conducted on optimal alignment. The PM was directed to hire a firm of the highest repute to validate the optimal alignment of the project. The press release stated, “Former commissioner retired Capt Mohammad Mahmood has been exonerated from the charges leveled against him under the Civil Servants (Efficiency and Discipline) Rules, 2020,”

Earlier last year it was revealed that as per the old alignment land worth 380 million had already been acquired under the previously planned route of the ring road, however, the reports of the malpractices by the Punjab bureaucracy and some of the PTI officials were brought to the notice of the Prime Minister and an immediate inquiry revealed that under the political influence the route of the Ring Road was extended to benefit some private housing societies lying in the area causing an extra burden of around 25 billion to the national exchequer. The high officials of the anti-corruption establishment told that no approvals of the road were sought from the concerned authorities nor any NOC demanded. The official said, “The design of the project was changed to add new interchanges and the length of the road was increased from 22 kilometers to 68kms and the last two kilometers would fall under the Islamabad Capital Territory.” As per the new alignment approved in 2021 the total cost of the project is Rs33.7 billion of which Rs27 billion construction cost and Rs6.7 billion spared for land acquisition while the total length of the main carriageway is 38.3km.