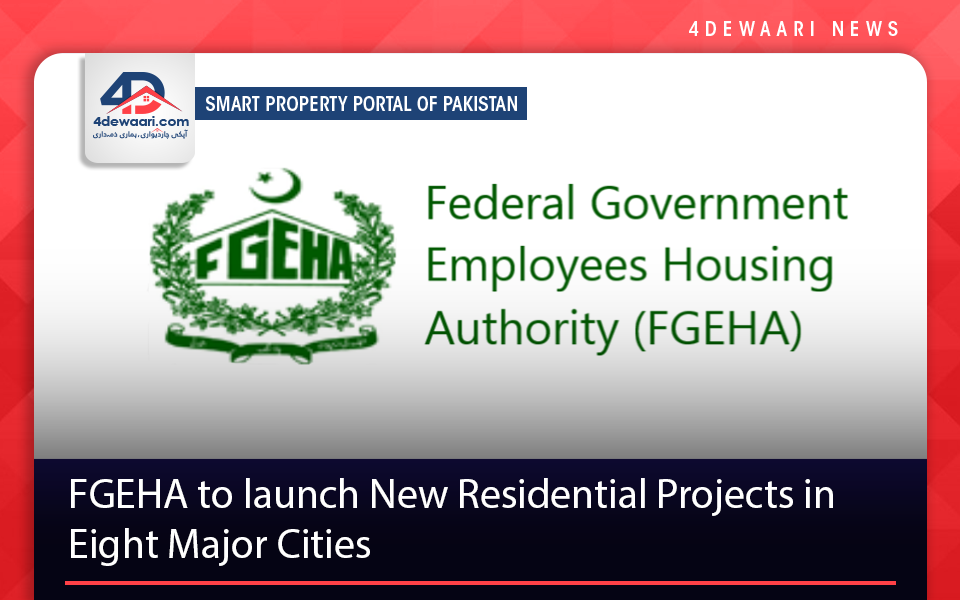 In order to offer the house for both government workers and the general public, the Federal Government Employees Housing Authority (FGEHA) will soon begin new residential projects in eight main cities around the country. According to officials at the FGEHA, the authority has already received multiple applications from land owners, enterprises, and firms interested in the mega projects.

They claimed that landowners, developers, businesses, and qualified persons were asked to submit applications for the supply of land for housing schemes (lots, homes, and flats) projects in the country's major cities. They also stated that the Joint Venture Regulations 2020 were being followed in terms of the application and selection process.

According to officials, the authority intended to start up new residential developments in eight of the country's largest cities, including the twin cities of Rawalpindi and Islamabad. Lahore, Peshawar, Quetta, Multan, Faisalabad, and Karachi. They said, "The new housing developments will be launched on the basis of a joint venture for federal government employees and the general public. In response to a question, the representatives stated that the FGEHA has greatly sped up the execution of various development projects in order to give workers access to contemporary housing as soon as possible. "The Chaklala Scheme has 3,432 flats, while the Skyline Apartments have a total of 3,945 units," the sources informed.