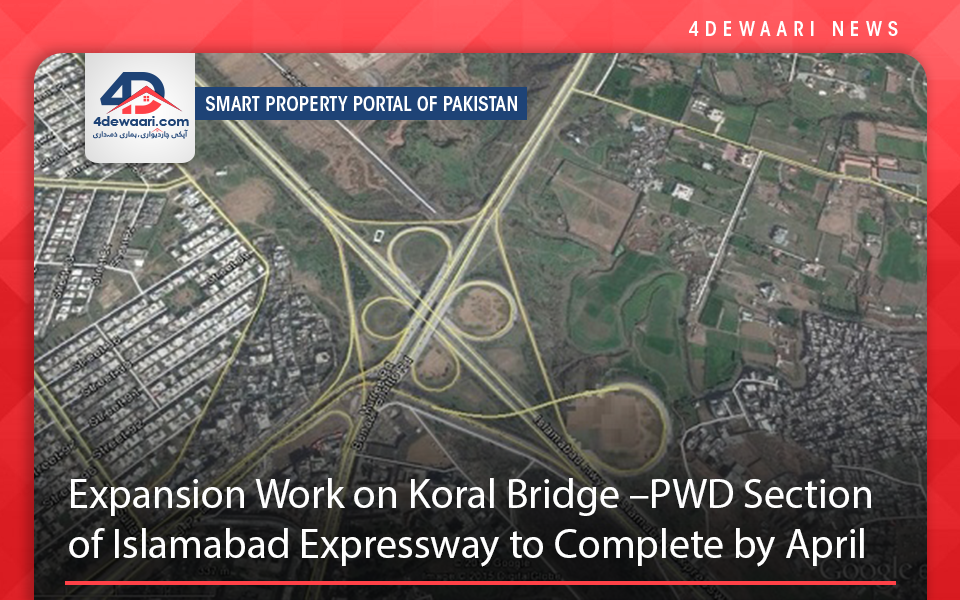 ISLAMABAD: According to the Project Director the 4-kilometer stretch of the Islamabad Expressway Expansion project from the Korang nullah bridge to the PWD junction will be completed by April or May 2023. According to the sources, highway users will soon feel some relief, especially between Korang Bridge (Gulberg Green) and the PWD intersection.

The project manager also argued that installing the 33 girders for the 150-meter bridge on the piers, which are 30 meters high, was the most difficult component of the project. He highlighted that in order to increase strength, these piers are stacked 35 meters deep in the nullah bed.

Read More: CDA to Expedite Construction Work in Sector I-12

He said, “The 50-meter-long, 170-ton girders cannot be lifted by crane since there isn’t a place where one could be put. To lift, draw, and place these girders on the piers, a separate procedure is employed, and it takes two to three days to lay one girder”. In addition, he noted, the 35-meter-long east side of the railroad bridge will be finished by January 31.

He said it would take five to six months to build the west side bridge because the bridge had to be demolished to make way.

Asif Ali, the CDA's director of public relations, reports that this stretch's construction is going well and that physical work from PWD to T-Chowk has begun. The monsoon rains, he said, had slowed down work and caused the delay, but this part of the project would be finished by April.

It is pertinent to mention here that earlier this year, the contractor of the project had stopped progressing on the project due to rising building material costs. As per the PC-I, the project was meant to be finished by December last year but the contractor missed the deadline. Later, he abandoned the project midway through, and the CDA hired the FWO to finish the job.