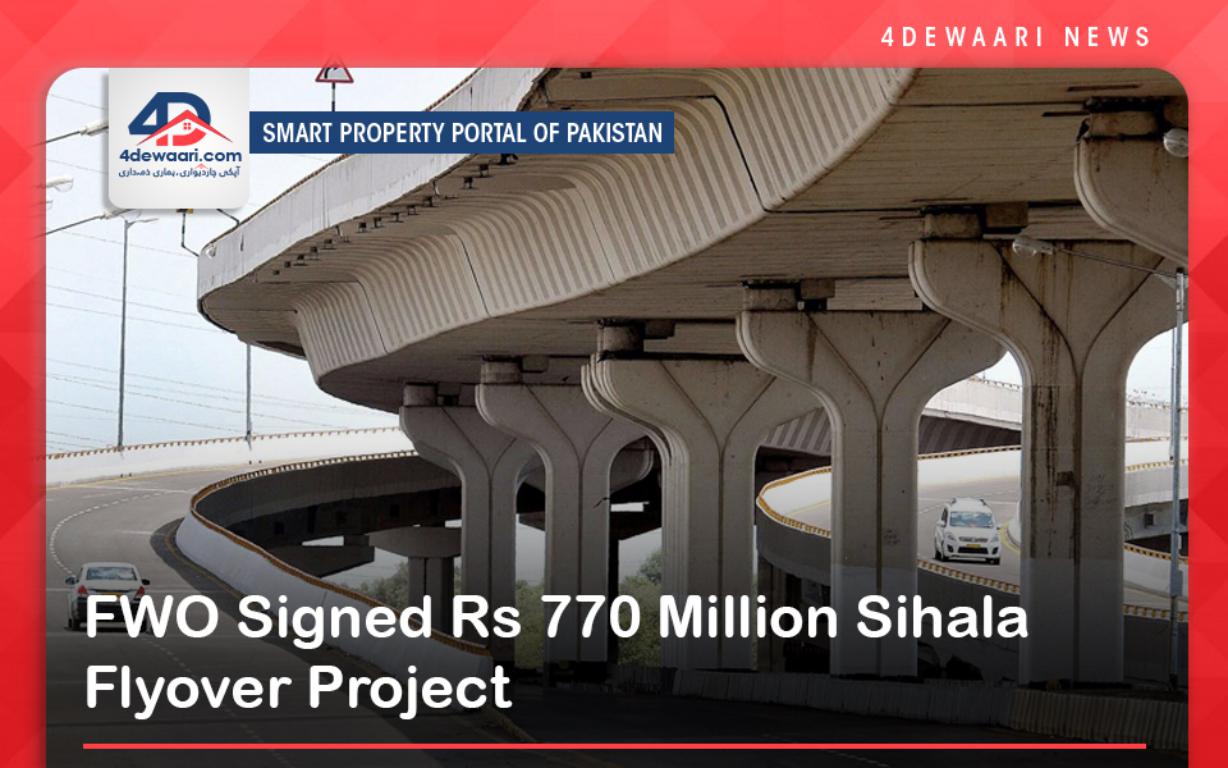 Islamabad: The Capital Development Authority (CDA) on Tuesday awarded the Rs 770 million Sihala Flyover Project to Frontier Work Organization (FWO). Last year the project was awarded to a private company that had to complete the project in one year time but could not even start work on the project. The city manager terminated the contract with a private firm and awarded the same to FWO on the same terms and conditions. The private company had later claimed that owing to an immense increase in the cost of construction materials the project could not be executed on the agreed terms and conditions. Last year the then PM Imran Khan performed the groundbreaking of the Sihala Project along with the Rawal Dam Interchange and the Korang Bridge Expansion Project.

An official of the CDA engineering wing told that the new agreement has been signed with the FWO and soon after Eid the work on the project would be started. He said, “Yesterday, we signed an agreement with FWO. Soon after Eid, the new contractor will start the work on the project to complete it in one year's time”.It is important to mention here that besides Sihala Project the other two projects have also faced an immense delay and could not be completed in the stipulated time. The contracts for these two projects were also won by a private company on a joint venture (JV) basis. The Korang Bridge Project was supposed to be completed in December last year but the JV failed to execute the project. Then the four-month extension given by the CDA on the completion period could not bear any fruits either.

Garbage Disposal in Rawalpindi Creating Panic for the Residents

Similarly, the Rawal Dam Interchange has also faced immense delay and during his visit, PM Shahbaz Sharif has expressed has deep concerns over the delayed work and ordered an inquiry in this regard. The CDA has already initiated an inquiry on the delayed work and also taken these two projects from the JV and awarded the same to the FWO. The CDA engineer said, “Now, all three projects will be completed soon as FWO being a major construction company in the country has the potential to complete these projects in the shortest possible time”. He said that the CDA has already signed agreements regarding Rawal Dam Interchange and Korang Bridge Project with the FWO and now an agreement for Sihala Flyover has also been signed. He highlighted, “Though all three projects will be executed simultaneously, the main focus will be on Rawal Dam as 50pc work on this project has already been completed,”. The new move of the civic agency to award all three projects to the FWO will ensure the timely completion of the project and help in minimizing the woes and worries of the daily commuters of the twin cities.