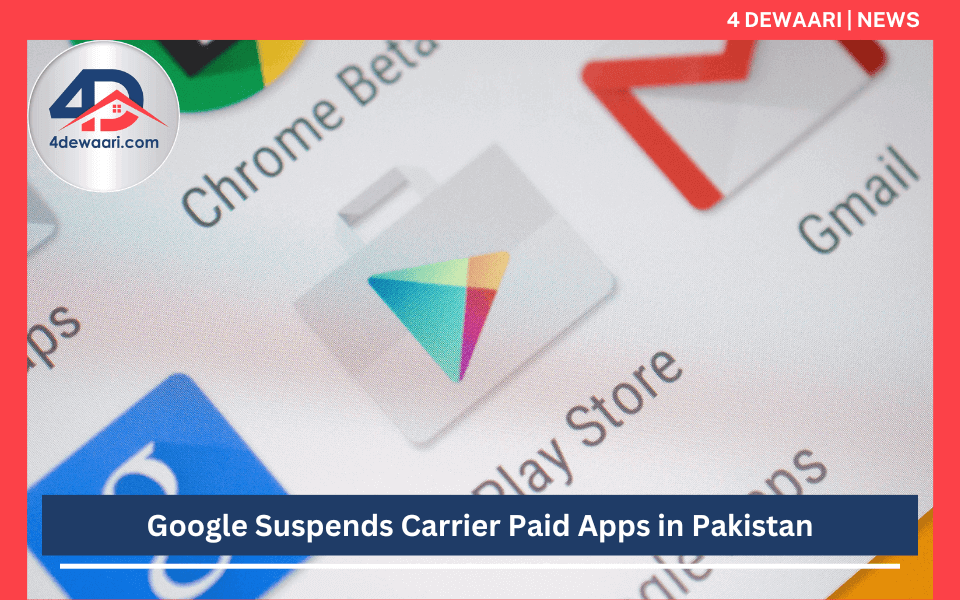 ISLAMABAD: According to the Ministry of Information Technology & Telecom (MoITT), Google has halted carrier-paid app purchases in Pakistan via mobile phone due to unpaid balances, retained after the central bank disabled the payment system. This decision was made due to the nonpayment of outstanding balances. The MoITT stated that the suspension would be temporary. The dreaded suspension happened in spite of Minister of IT Aminul Haque's repeated promises.

Read Also: What is Drone Technology in Pakistan

On Haque's recommendation, the Ministry of Finance had a day earlier authorized the release of prohibited payments to Google and other foreign service providers. Users can only download purchased apps from the Google Play Store when it is suspended using a credit card. The IT ministry officials assured me that the problem would be rectified in two weeks.

According to Ministry of IT officials, the federal minister of IT has directed the authorities to address the issue as soon as possible. The  State Bank of Pakistan (SBP) prevented inbound mobile users from downloading paid Google Play Store services using their mobile balance as a source of payment starting on December 1, 2022. In this regard, the SBP suspended the payment of $34 million to international service providers.

After the SBP stopped using the Direct Carrier Billing (DCB) system, a $34 million payment to international service providers like Google, Amazon, and Meta was put on hold. Via their mobile phone carrier bill as a form of payment, customers can make purchases using the DCB, an online mobile payment system. Customers can buy these products from telecommunications firms using airtime, and they can send money abroad to pay for IT-related services.

However, Tariq Bajwa, the SAPM on Finance, got in touch with Haque and expressed his opinions over the postponed payments. Later, the minister of information technology verified that the Finance Ministry had agreed to disburse the payments on time. According to him, "paid Google Play apps will not be blocked in Pakistan," and the Finance Ministry has instructed the SBP to postpone the execution of the regulation that would have suspended payments for a month.