House Rent Has Jacked Up by 20 Percent in Twin Cities 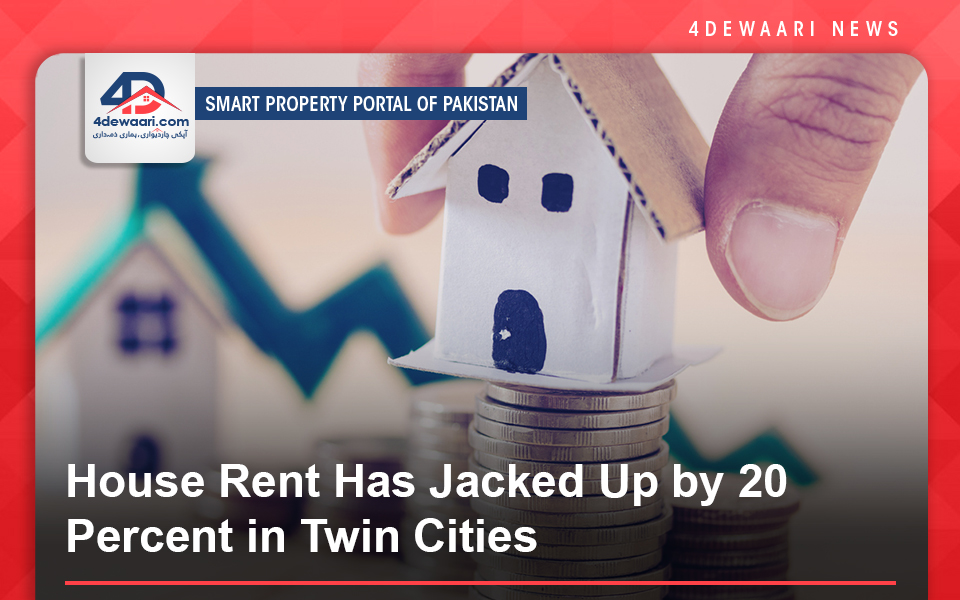 Islamabad: More miseries and pain to the inflation hit residents of the twin cities as the house rent is reported to have increased by at least 20 percent over the past six months of the current fiscal year. In a survey conducted by the APP, the house rent in the different areas of the twin cities has shown an alarming increase that has further added to the woes and worries of the masses who have already suffered a great deal owing to the double digit inflation over the past few years. The survey indicated that the house rent in the capital city, Satellite Town Rawalpindi, Chaklala, and Rawalpindi Cantt has shown an increasing trend up to 20 percent.

As per the inflation monitor report issued by the central bank, house rent has topped the list of urban Consumer Price Index (CPI) in February 2022 with the highest weight in the last month of the ongoing fiscal year. The house rent in the housing societies along the Islamabad Expressway namely Ghouri Town, Gulzar-e –Quaid, Media Town, and Pakistan Town also increased significantly during the last six months. Similarly, Shehzad Town, Margalla Town, Bhara Kahu, and Gulraiz have also witnessed an upward trend in house rent by around 20 percent.

There is yet another cause of a continuous increase in house rent is that there is an annual demand of 350,000 housing units out of which only 150,000 units are being built. The increasing demand with less supply also causes an increase in house rent. It is also important to mention here that over the past few years the prices of construction materials have soared at a great pace so it has become highly difficult for the investors and the end-users to minimize the gap between demand and supply of the housing units that have also resulted in an unchecked increase in the house rent.