Koral to Rawat Highway Decided to Complete by CDA Islamabad 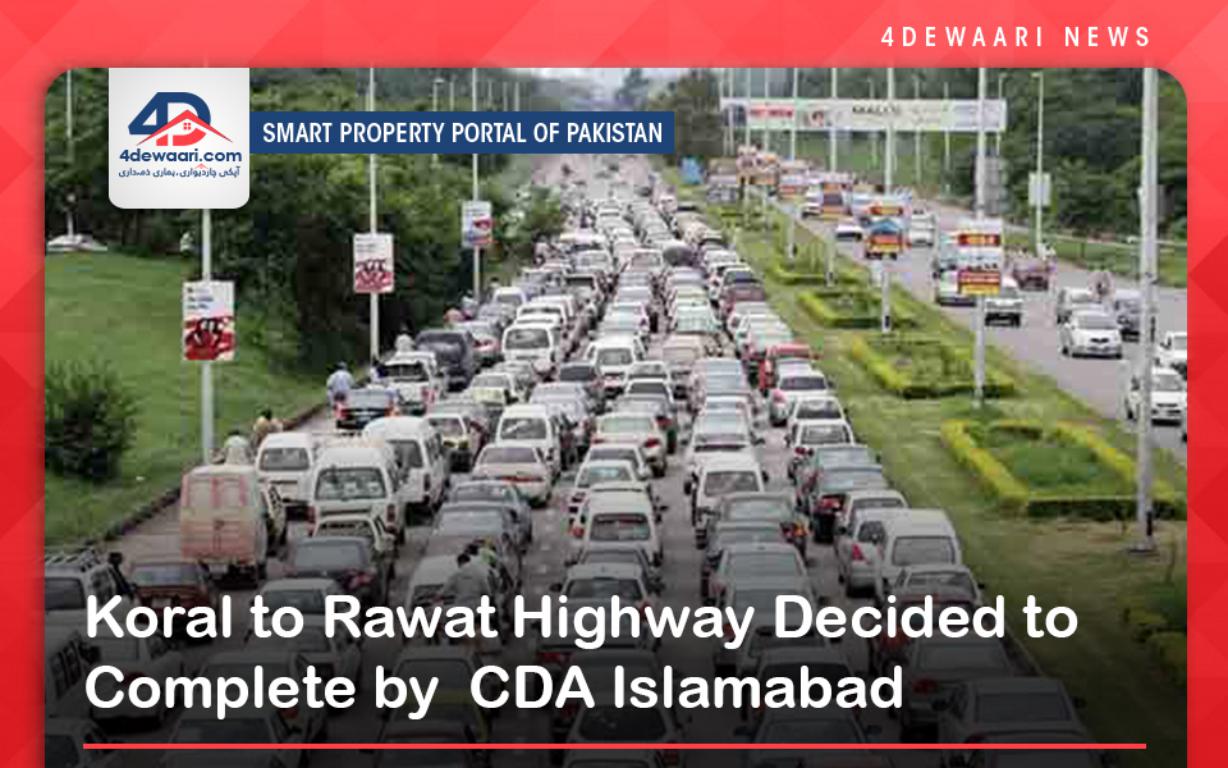 Islamabad: Capital Development Authority (CDA) board met on Saturday under the chairman Aamir Ali Ahmed and approved the completion of the long-awaited Koral to Rawat section of the Islamabad Expressway in a single go. The board decided that the individual interventions would not be beneficial unless a full-fledged campaign is launched to complete the project in a single go. The board took the decision in view of the available surplus budget with the civic agency at the end of the ongoing financial year. The board also approved the execution of the project to be undertaken by some government organizations like FWO and NLC. The board also approved plying Blue Line and Green Line bus routes by the end of this month.

As per details, the civic agency is also looking for providing a comprehensive solution to the commuters of the capital city. In this connection, the CDA is also launching bus services in the capital city.  Blue Line Buses would ply from Koral to PIMS while the Green Line Buses from Bhara Kahu to PIMS. The entire bus route would be interlinked so that a passenger getting on the bus from Bhara Kahu could either reach the last stop in Rawalpindi or the airport. The initiative taken by the CDA would make Islamabad the first city in Pakistan to offer multiple connectivity links to every nook and corner of the city. The multiple connectivity linking would help a great deal in minimizing traveling issues, solving traffic problems, and reducing environmental issues. There will also be a new trend introduced in public transportation in the capital city.

Earlier last year the civic agency had decided to start work on the extension of the Islamabad Expressway road from Korang Bridge to GT Road in two phases. In the first phase, the 2-kilometer area from Koral to the PWD interchange was to be completed by the civic agency from its own resources so that the main issue of traffic could be resolved. In the second phase, the CDA had to complete the remaining portion from the PWD interchange to T Chowk Rawat for which the budget was to be acquired from the federal government in the upcoming fiscal year. The civic agency has already completed the construction of the PWD Interchange and the construction work on the Korang Bridge is in progress.

It is relevant to be mentioned here that the Islamabad Expressway entertains both local and heavy traffic especially towards and back from Lahore. The ever-increasing volume of traffic on the main expressway and congestion from the Korang to Rawat section over the past few years has prompted the CDA not only to construct bridges at Korang and PWD but also to expand it from Korang Bridge to GT Road.