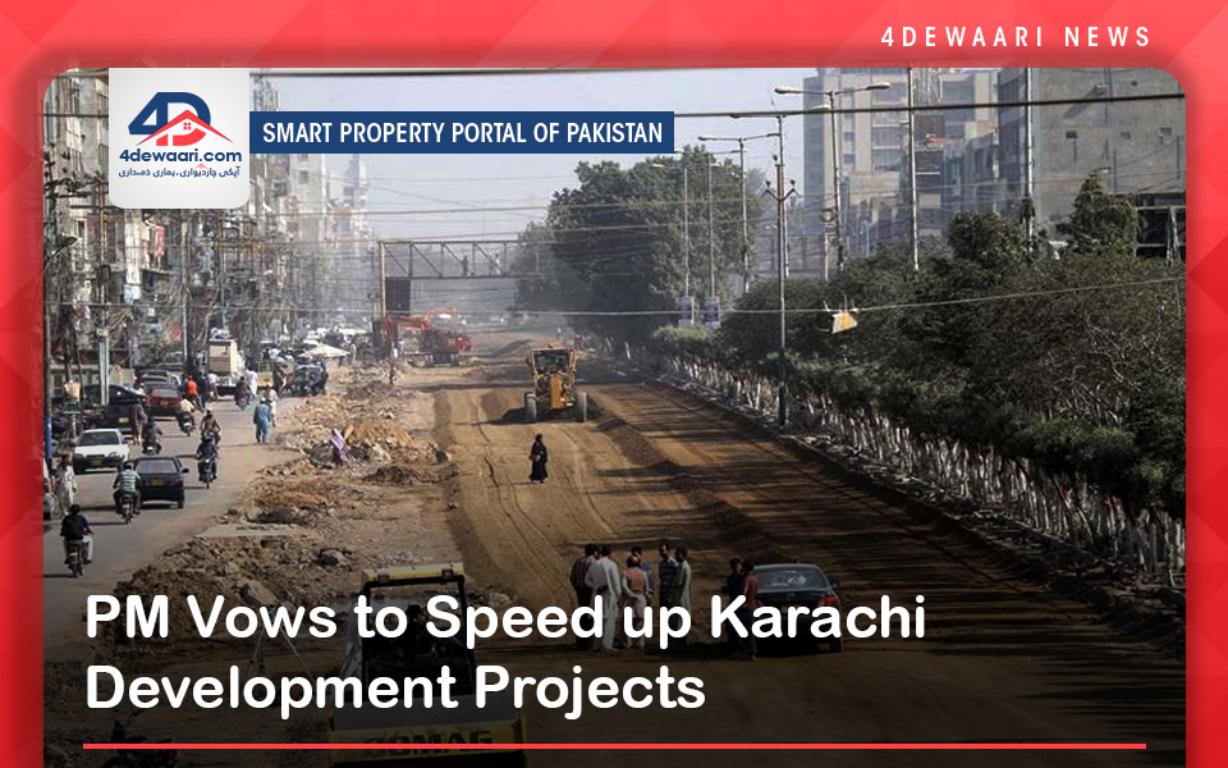 Karachi: PM Shahbaz Sharif During a day-long visit to Karachi assured the Sindh Government and MQM leadership that the center would stand by the provincial government for the completion of its major development projects. These projects include the Karachi Circular Railway Project, K IV Bulk Water Project, construction of roads in industrial areas, and procurement of buses for the completion of the BRT Project. The PM also announced to include the Karachi Circular Railway in CPEC for its speedy completion as he said that the PPP mode would delay the execution of the project.

While presiding over a meeting of the provincial cabinet regarding PSDP-related development projects and outstanding issues between the center and provincial government the PM said that the development of all four provinces is entirely necessary to take the country out of poverty and unemployment. He said, “We all have to work hard for the development of all the four provinces to steer the nation out of poverty and unemployment,” The meeting was attended by Sindh Chief Minister Murad Ali Shah, along with his cabinet members besides Khalid Maqbool Siddiqui, Khwaja Izhar and Kanwar Naveed of the MQM, Shahid Khaqan Abbasi, Ahsan Iqbal, Merriyum Aurangzeb and Miftah Ismail of the PMLN, Akram Durrani, Maulana Asad Mahmood of the JUIF, chairmen of Wapda and NDMA, and a number of federal secretaries.

The PM was informed that in 2016, the Karachi Circular Railway project was included in CPEC projects and approved by ECNEC at a cost of Rs207.546 billion. But in 2022, ECNEC approved Rs181 billion for KCR to be taken up under the public-private partnership (PPP) model. The PM responded that under the PPP mode, the project would be delayed and announced to include the KCR project in CPEC projects. The newly elected prime minister was also informed that the augmentation work of K-IV would cost Rs 54.34 billion. The CM requested the PM to finance Rs 10 billion for K-IV augmentation work. The PM said that the federal government would support the Sindh Government to complete the augmentation work in time. PM also announced to include Hyderabad- Sukhur Motorway in the CPEC project. Earlier the Motorway was approved by ECNEC under PPP mode at a cost of Rs 165.7 billion. The motorway is a 306 KM long six-lane wide, access control motorway. The PM also directed the NHA to complete at the earliest the Jamshoro-Sehwan Road Project which was approved in 2014 at the cost of Rs 14 billion. PM also ordered the concerned authorities to complete the K-IV water supply project by 2024. The PM also offered his full support to provincial governments for the procurement of buses execution of BRT Projects in Karachi.