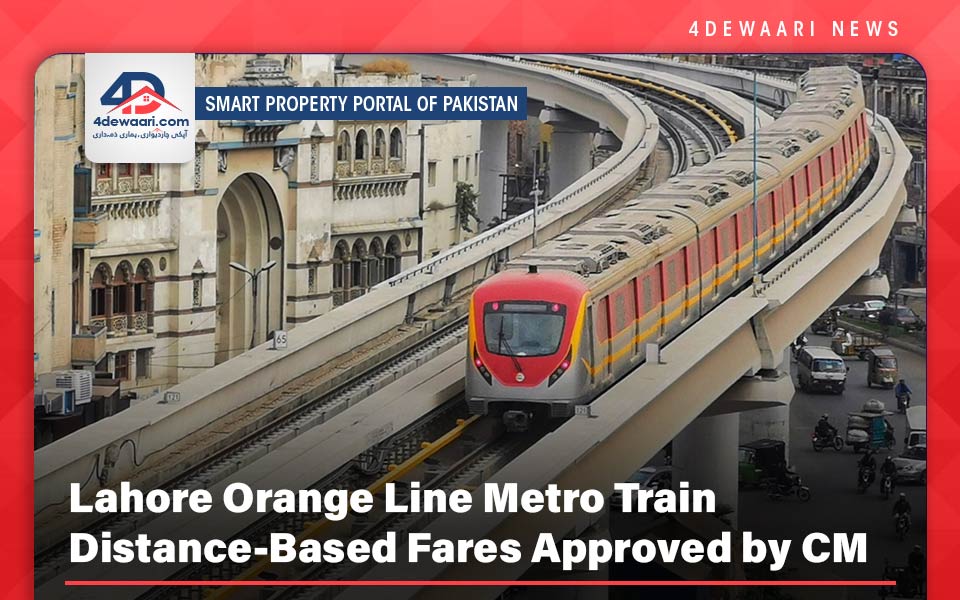 Lahore: The long-standing issue of the fares of the orange line train is finally resolved the Punjab cabinet has finally allowed the Punjab Mass Transit Authority (PMA) to implement distance-based fares instead of flat fares of the Lahore Orange Line Metro Train. According to the cabinet approval, the metro orange line ticket would now range between Rs 20 to Rs 40 depending upon the distance traversed. The new fares will come into effect before Nov.20 this month. The 27 KM from Dera Gujaran (Quaid-i-Azam interchange) to Ali Town (Raiwind Road) via Shalamar (GT Road), station, Lakshmi Chowk, Anarkali, Chauburji and Multan Road provides easy transportation to millions of daily commuters.

As per details, the proposal of the minimum and maximum rent of the PMA was initially accepted by the Punjab Transport and finance department. An official source informed, “The PMA’s proposed distance-based rates were initially accepted by the Punjab transport and finance departments. Then the Punjab cabinet authorized them a few days ago, allowing the PMA to move forward with implementation.” The official source further added that the minimum fare would now be charged on a stop-to-stop basis. The fare would start from Rs 20 and will gradually increase to Rs25, 30, 35, and 40 as the distance climbs up.

The source further added that a massive campaign would soon be started to inform the general public about the decision. He said, “An awareness campaign will be started soon to keep the general public informed of the new fares.” The official source also informed that if the distance–based fare system succeeds in Lahore Metro Train, it will also be implemented in the Metro Bus Service in Lahore, Multan, and Rawalpindi.